What does it mean, in the context of higher education and in the context of a sustained political and cultural attack on trans people and their rights, that ‘gender critical’ views have been judged as “a philosophical belief within the meaning of s.10 of the Equality Act 2010”, as decided in Maya Forstater’s Employment Appeal Tribunal? To answer this question, let me begin with what it explicitly does not mean. Here, I cite the judgement itself:

So what, then, does this judgement mean? Well, if you were to read Forstater’s press release via Sex-Matters (a ‘gender critical’ non-profit advocacy group she co-founded), you’d gather that it means that ‘gender critical’ beliefs are deemed “worthy of respect in a democratic society.” Being deemed thus, Forstater argues that holding a ‘gender critical’ belief is therefore included under the Equality Act 2010’s protected characteristic of “religion and belief” and thus can be the basis for a discrimination or harassment claim. This judgement, and the particular language around ‘gender critical’ positions being a protected belief, have had extraordinary consequences here in the UK in the short time since the Forstater EAT, and it will certainly have more in the future. It has already been the basis for multiple, subsequent, and pending lawsuits, reviews, apologies, open letters, and, what’s worse: Twitter discourse.

But what does it really mean to say that ‘gender critical’ beliefs are “worthy of respect in a democratic society”? Well, if one reads the actual judgement, then it becomes clear that this category of “worthy of respect” within ECHR precedent and what is known as the Grainger criteria,[i] is an extraordinarily broad one, one that’s only limit is “if the belief involves a very grave violation of the rights of others” (Choudhury 2021: 31, paragraph 62). The litmus test given for this category of belief (aka Grainger V) means that it is practically limited to Nazism, and the explicit advocacy of torture. Everything else, including ‘lesser’ forms of hate speech, harassment, and the examples within ECHR case law that the judgement provides, do not meet the standard of being unworthy of respect.

In a particularly telling moment of the judgement, the EAT cites Lilliendahl, a case in which a person’s homophobic rant referring to homosexuals as “sexual deviants” and as “disgusting” was deemed a form of hate speech, but not hate speech that meet the standards of ECHR Article 10; which is to say that the views espoused in by this person were also deemed “worthy of respect in a democratic society”. What is made clear in this distinction is that there is a gap between views that are harmful, or constitute hateful harassment, and those that would potentially violate ECHR Article 10. What the Forstater EAT judgement declared, then, was not that ‘gender critical’ beliefs are ‘valid’ (Judge Choudhury repeatedly refused to make such judgement), nor that they are harmless; rather, it simply ruled that Forstater’s beliefs are not constituted by the same kind of exceptional anti-democratic violence as Nazism.[ii]

If this is the standard by which ‘gender critical’ views are being celebrated, then the question of a sustained campaign of resistance against them is not—as ‘gender critical’ organisations and individuals would have you believe—one of ‘harassment’ or ‘bullying’. It is one of the fight for dignity and justice. And yet, in the wake of the Forstater EAT judgement, a campaign has been launched in which ‘gender critical’ activists are seeking to proclaim specific institutions and individuals within the field of Gender Studies, as well as within LGBT advocacy, as in violation of the Equality Act 2010 for their resistance to the mainstreaming of ‘gender critical’ and anti-trans positions. Reviews have been called to inquire if departments and institutions are “discriminating” against “those who recognise that sex is a protected characteristic”.

This claim, I argue, has two disingenuous premises. First, it makes an extraordinary jump from the EAT establishing ‘gender critical’ beliefs as not meeting the criteria of Grainger V (i.e. not being literal Nazism), to arguing that ‘gender critical’ students, faculty, and staff are facing discrimination when their beliefs are challenged within a space of learning. As the Index on Censorship notes in relationship to the ECHR’s protecting of religious belief (via Dubowska and Skup v. Poland), having a belief does not prevent you from being subject to critique: “The court has also stated that people who hold religious beliefs ‘cannot reasonably be exempt from all criticism’ and ‘must tolerate and accept the denial by others of their religious beliefs and even the propagation by others of doctrines hostile to their faith.’” Defining ‘gender critical’ perspectives as a belief positions them as similarly available for criticism and rebuttal. As such, many of the claims about ‘discrimination’ simply do not hold. Demanding that people who make transphobic comments premised in a ‘gender critical’ belief engage respectfully with their peers and colleagues (and abide by their institution’s Discrimination, Harassment and Bullying Policy which prohibits derogatory remarks of this kind) would not, for example, be an act of unfavourable treatment against those with ‘gender critical’ beliefs, as all members of an Higher Education institution, regardless of their beliefs, are required to treat one another with respect.

Second, the assertion that the alleged discrimination against ‘gender critical’ people is premised on their “recognition that sex is a protected characteristic” is frankly baffling. The implication here is that those of us invested in trans-inclusive intersectional feminism are in denial of, and indeed antagonistic toward, any acknowledgement of ‘biological sex’. It is completely bewildering to suggest that we are not constantly thinking critically with our students and with each other about the potentials and limitations of forming politics, policies, narratives, debate, theories etc. around different notions of ‘sex’ and ‘gender’. That is literally the very foundation of the field itself. Indeed, Trans Studies was in fact partly established on the insistence that the ‘sexed body’ be taken more seriously by a particular strand of poststructuralist thought about ‘gender’ within Gender Studies. Trans Studies has been, and continues to be, an extraordinarily prolific and insightful area of discussion about how the concepts of ‘sex’ and ‘gender’ matter. For ‘gender critical’ activists claiming that Gender Studies prohibits debate about ‘material sex’, and therefore allegedly discriminates against them, I have a reading list or two you might be interested in. 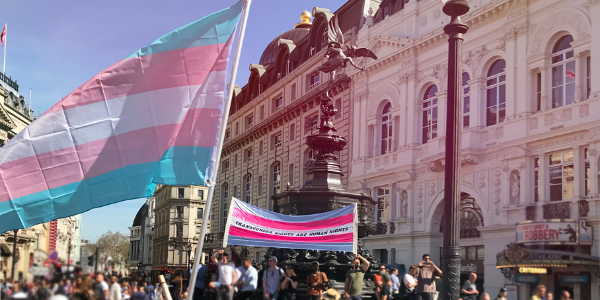 By way of conclusion, let me return to the question with which I opened: What does it mean that ‘gender critical’ beliefs have been judged as “worthy of respect”? As I’ve argued here, this statement has been purposely overstated and its meaning twisted, asserting that the EAT has given free reign for ‘gender critical’ activists and scholars to lash out against trans-inclusive feminism and trans people themselves without facing scrutiny. In its wake, a growing moral panic that insists upon placing trans people’s dignity and rights up for debate has taken hold. This has happened alongside the simultaneous claim by ‘gender critical’ activists that ‘no debate’ is being allowed to take place about trans rights because of the alleged dogmatism of trans activists, despite the fact that the very field of Trans Studies emerged through critical engagement with ‘sex’ and ‘gender’.

Now, obviously, there are substantial differences between the ways in which ‘gender critical’ activists and transfeminist scholars debate ‘sex’ and ‘gender’, and my intention here is not to collapse these as equivalent forms of engagement. Indeed, one of the many urgent differences between a ‘gender critical’ position on this debate, and a trans position, is with regard to the very notion of “respect” at question in Grainger. Unlike a ‘gender critical’ position that is celebrating the designating of anti-trans beliefs as not-quite-Nazism, what is deemed worthy of respect, and celebration, within transfeminism are the lives of actual trans people. 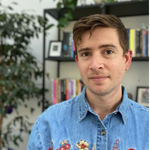 Dr Jacob Breslow is Assistant Professor of Sexuality and Gender at the LSE Department of Gender Studies. He is author of Ambivalent Childhoods: Speculative Futures and the Psychic Life of the Child (University of Minnesota Press, 2021), which brings together critical race, trans, feminist, queer, critical migration, and psychoanalytic theories to explore the role of childhood in shaping and challenging the disposability of young black life, the steadfastness of the gender binary, the queer life of children’s desires, and the precarious status of migrants. His wider research is published in Feminist Theory (forthcoming), Comparative American Studies (2020), American Quarterly (2019), Porn Studies (2018), and Transgender Studies Quarterly (2017).

[i] Setting out the five criteria for the definition of a ‘philosophical belief’, Justice Burton in Grainger wrote (in paragraph 24): “(i) The belief must be genuinely held. (ii) It must be a belief and not, as in McClintock, an opinion or viewpoint based on the present state of information available. (iii) It must be a belief as to a weighty and substantial aspect of human life and behaviour. (iv) It must attain a certain level of cogency, seriousness, cohesion and importance. (v) It must be worthy of respect in a democratic society, be not incompatible with human dignity and not conflict with the fundamental rights of others.”

[ii] While Forstater’s specific views under discussion in the EAT were not judged to be akin to Nazism, journalists and critical scholars within Gender Studies have been working to demonstrate the links between anti-trans, anti-gender, and ‘gender critical’ activisms and the far-right.

Bad Behavior has blocked 414 access attempts in the last 7 days.