At a meeting held on 21 September 2021, the Sri Lankan Cabinet granted the nod to a new bill which, according to media reports, is being drafted to “prohibit any form of obscene publications, produced through information technology and other media.” Subsequently, clearance from the Attorney General’s Department appears to have been received for the Bill which is expected to be submitted to Parliament. So far (today is the 1st of December 2021), there have been no public consultations on this bill (that I am aware of), which if enacted, is bound to have undeniable implications for fundamental rights of Sri Lankan citizens from all walks of life, including and especially, on our freedom of expression.

This brief piece is my attempt to contextualise Sri Lanka’s existing Obscene Publications Ordinance as well as the current proposal within the contexts in which they emerge(d). I do not (and cannot) go into a debate on whether the proposals are “good or bad”, since I can’t comment on a draft law I haven’t seen. However, my belief is that contextualising the existing obscenity laws and the current proposals within the moments in which they emerge, can allow us to pose different ‘sorts’ of questions and possibly (perhaps one is being too ambitious) change the very terms of any discussion on obscenity, morality, regulation and censorship. 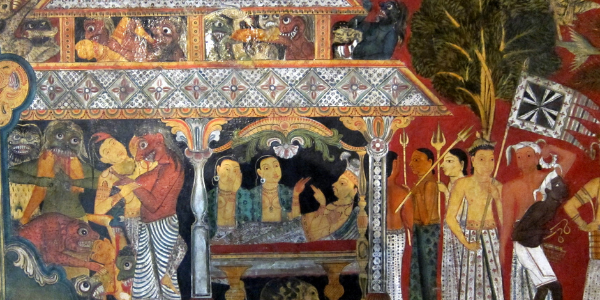 The existing Obscene Publications Ordinance was promulgated in 1927 while Sri Lanka, then Ceylon, was a British Colony.  The Ordinance was among a whole plethora of laws through which the imperial British state attempted to violently surveille, control and regulate gender and sexual expression within the island. Among such laws are the country’s 1883 Penal Code, 1841 Vagrants Ordinance and the 1881 Brothels Ordinance. The Ordinance criminalizes the trade, distribution, the production or possession of “obscene writings, drawings, prints, paintings, printed matter, pictures, posters, emblems, photographs, cinematograph films, video cassettes or any other obscene objects”.

This kind of regulation and censorship was a part of the larger British imperial “civilising project”. In many ways, gender and sexual regulation was not just subsidiary to the European colonial project but the Empire was organized around gender and sexuality in a multitude of ways. European empires were made possible by a large propaganda machinery which included, among other things (in the absence of present day social media driven propaganda networks), museums, libraries, archives, galleries, travel books and a vast array of ‘oriental studies scholarship’, that produced and disseminated orientalist narratives which constructed colonized subjects as base, hypersexual, degenerate savages who needed to be civilized and enlightened through a benevolent European civilizing project. While historians may disagree on the levels at which such an orientalist propaganda project was omnipotent and coherent, there’s widespread agreement that there was, in fact, a dominant and effective orientalist project which helped legitimise colonialism by othering the colonized lands and subjects.

In turn, once the colonial projects were underway in these “faraway lands” such as Ceylon, the imperial powers remade the moral orders in colonized geographies, in articulation with Victorian notions of morality and purity in order to produce colonial subjects who were “respectable”. It is against such a backdrop that the Obscene Publications Ordinance emerged in Ceylon. The Act, along with other institutional, legal, cultural and intellectual activities that accompanied colonialism, led to imperial censorship and regulation as well as the solidification and/or consolidation of ethnic, religious, sexual and gender categories which may have been more fluid prior to colonization. Further, national(list) anticolonial movements as well as postcolonial “revival” movements asserted some of these categories even further in their efforts to mark their “difference” from the colonizer. As Jayawardena has argued for example, Sri Lanka’s nationalist leadership wanted the postcolonial state to mimic Western ideals of growth and development… but on the other hand they also needed symbols, values and norms, that would distinguish the Sinhalese and Sri Lanka from the West. This is how much of the dominant conceptions of what we consider “culture and heritage” came into being.

Come 2021, the Sri Lankan State is proposing the promulgation of a new rendition of the same ordinance in order to supposedly expand its scope to the internet. The irony of course is that in Sri Lanka, protecting conceptions of “history, culture and heritage” have been invoked continually as foundationary bases to such decisions while any opposition to such moves are generally dismissed as western impositions.

The objective of my contextualisation then, is not to externalize the sum of postcolonial Sri Lanka’s woes to its former white colonial master. The history of Sri Lanka and its inhabitants is much more complex than their collective experience of the colonial encounter. Further, my intention here is also not to gesture towards a more indigenous and authentic pre-colonial ‘Sri Lankanness’. We know there’s nothing trascendental about culture which is constantly subject to change.  I also don’t want to represent pre-colonial Sri Lanka as some sort of hierarchy-less, feminist, sodomite utopia, as we know this was not the case. However, it is important for us to be able to both resist new forms of imperialism but also understand ways in which colonial inheritances continue to shape the postcolony, especially in ways that make the lives of the most marginalized in our societies more and more difficult. Further, we also need to expose the ahistoricity and hypocrisy of the postcolonial ruling elite which consistently performs nationalist chest-thumping, flag-waving invocations of “protecting” history, culture and heritage, while refusing to recognize the sexual (or in this case “obscene”) as part of that heritage it is attempting to protect and redeem.

Just as the 1927 Obscene Publications Ordinance emerged in a particular political moment to fulfill particular colonialist political and propagandist objectives, it is worth reminding ourselves that this proposal is also emanating from a particular political context: a context in which there’s heightened threats to the freedom of expression, especially to dissent, where trade unionists, journalists, activists, lawyers, teachers, farmers and poets are being harassed and intimidated for exercising their freedoms of expression and association, especially when they do so in ways that are critical of or embarrassing for, the powers that be.  We are also operating in a context in which the government has enacted a series of laws which reduced checks and balances on the state, especially on its executive branch, while a series of new laws including an “anti-Fake news law” and more amendments to the Code of Criminal Procedure are reportedly on the pipeline. More recently, the President also appointed a “One Country One Law Taskforce” headed by a monk whose name is almost synonymous with Post-2009 anti-Muslim violence in Sri Lanka. The implications of these decisions could have drastic impacts on basic human rights of Sri Lankans from all walks of life.

Operating within such a context of democratic deficit, heightened nationalism and majoritarianism, where even laws drafted seemingly in “good faith” have been continually abused means that we need to be extremely cautious of what proposals we support and on what bases. This does not mean, for instance, that non-consensual dissemination of intimate content is not a very real issue in today’s world. An important part of the work at Hashtag Generation, the Sri Lankan digital rights initiative I am affiliated to, is to support those affected by such violences. The non-consensual dissemination of intimate photos, videos as well as voice recordings and screengrabs of private conversations are a part of the lived-reality of being a Sri Lankan internet user. This is especially true for women and queer Sri Lankans including minors.

Recently, police were quick to arrest a young couple who shot a consensual pornographic video and posted the same on a commercial pornographic website. Meanwhile, those women and queer folks whose private and intimate content which were taken consensually but later ‘leaked’ non-consensually by others, constantly get reprimanded by police officers, why they took such pictures or recorded such content in the first place. It is important to bear in mind that whatever reforms are brought forward, they will be implemented by the very same police department. Sri Lanka also has a history of various forms of artistic expression, especially films that were engaging in political critique, being censored in the guise of ‘obscenity’. While each film and the nature of the censorship and backlash it received are different, as ‘obscenity/ ‘sexual explicitness’ were some of the grounds on which films such as Aksharaya and Flying Fish faced forms of censorship and reprisal. In the case of Aksharaya, some have argued that the censorship was ‘actually’ related to the film’s portrayal of a magistrate and with Flying Fish, it is believed to be due to the portrayal of sexual violence by an army soldier.

This means that, just as the Obscene Publications Act of 1927 emerged within a particular political moment in this country’s history to fulfill particular political objectives, these proposals are also emerging within a particular moment in our shared history. One shouldn’t view these proposals, or any proposal, especially those that could impact our freedom of expression; outside of this context, whatever the motivations that are publicly stated may be.

What implications will a new obscenity law have on our rights? Of course, one cannot comment on a law they haven’t seen but here’s what I do know: obscenity laws emerge from a particular moralistic standpoint and can potentially have serious impacts on various forms of expression, especially the arts. Being able to engage in forms of expression which may be perceived by some as “transgressive” and “controversial” is an important aspect of the freedom of expression. Art in particular has an important role to play in asking provocative and even uncomfortable questions about realities which may be accepted as given within a society. In any case, the state should play a minimal role in dictating the boundaries of art and culture.

Finally, while we discuss the impacts these laws could have on our human rights, we shouldn’t be so naive as to assume that human expression, desire and intimacy are ever fully containable, especially by laws. Disorder will always find its way through moral order.  We shouldn’t support bills that are proclaimed to be enacted in “good faith” now, if it means we’ll have to be opposing them once they become the law and are (mis)used to stifle our own rights. In Sri Lanka we have often had to learn that the hard way. 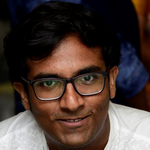 Senel Wanniarachchi is a PhD Researcher at the Department of Gender Studies at the LSE. His research is interested in exploring and theorizing how imaginaries of history and culture are mobilized to legitimize nationalist, patriarchal and heteronormative frameworks in the postcolony. In Sri Lanka, Senel co-founded an organization called Hashtag Generation, which works in the intersections of human rights and technology. He tweets at @Senel_W