Populist radical right parties (PRR) are often classified as gender-conservative. But the role of gender and sexuality in their discourse is actually complex and varied. In our recently published research article, we compare the discourse of three relatively successful Dutch populist radical right leaders (Pim Fortuyn, Geert Wilders, and Thierry Baudet). We focus particularly on masculinity and sexuality. All three leaders explicitly contrast their visions for society to those of sitting political elites, and they all explicitly question the current gender/sexuality order. They do so, however, in very different ways—ranging from decidedly heteronormative and at times homophobic ones, to those genuinely in favor of some emancipatory rights.

Populist ideology revolves around the vox populi: the ‘voice of the people’. This concept represents a binary juxtaposition of ‘the pure people’ (which populists claim to represent) versus ‘the corrupt elite’. Given the gendered nature of European societies, and the rhetorical power that constructions of both gender and sexuality hold, the constructions of ‘the pure people’ and ‘the elites’ also invite, feed off, and reproduce juxtaposed ideas about gender and sexuality. Further, researchers often write about the ‘charisma’ of populist leaders. This kind of charisma is often said to rely on particularly ‘masculine’ traits, even when the leaders in question are women.

So, why the Dutch case?

The Netherlands has seen very different successful populist radical right parties since the early 2000s. The Dutch case thus provides us with a particularly interesting configuration of populist radical right leaders. There are currently multiple Dutch populist radical right parties vying for overlapping voter blocs. This configuration shows that there is space for different constructions of ‘the voice of the people’, even within one national context—and thus also different constructions of gender and sexuality. Further, the Netherlands is considered among the more ‘sexually progressive’ countries. The populist vox populi, therefore, is more likely to include ‘progressive’ ideas about gender and sexuality as well. The next paragraphs describe how ideas about gender and sexuality co-constitute the societies that these leaders envision, as well as how they see their own leadership role therein. Thereafter, some conclusions are drawn from comparing their discourses, both for a better understanding of this party family as well as the study of populist politics. 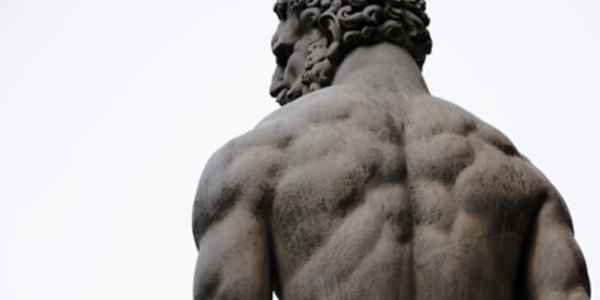 Photo by Simone Pellegrini, from unsplash.com

Pim Fortuyn entered politics in the late 90s and eventually formed his own party, the LPF (List Pim Fortuyn). Prominently, especially for the time, he was openly gay—an identity which partially defined his politics. Central to his discourse, and his reason for entering the political arena, was an alleged ‘Islamization’ of the Netherlands. To him, this represented the threat of moving ‘backwards’ on the ‘emancipation of women and gay men’. At the same time, he lamented that the Dutch had ‘lost their sense of social cohesion’. The church and the nuclear family no longer fulfilled this purpose, which he framed as a positive development. However, he insisted on the need for social cohesion by other means: leadership that rallied Dutch people around shared, ‘emancipated’, norms and values. In addition to Islam, the political elite were the main obstacle, and he called them an ‘old boys network’ for their emotionally distant and bureaucratic political style. In his view, the Dutch already embraced liberal notions of gender and sexual equality, but political elites lagged behind. The people needed more empathetic leadership, and he positioned himself as such. He was the perfect leader for this moment: more empathetic than straight men, but more decisive (and hardened) than women (whom, he alleged, were also less often interested in—and therefore less suited for—political leadership).

Geert Wilders (1963) leads the PVV (Party for Freedom). Initially critical of Fortuyn’s ‘too extreme’ stance on Islam, Wilders currently uses even more radically anti-Islam rhetoric. While contrasting Dutch progressive values with Islam, Wilders’ vision for the Netherlands in terms of sexuality and masculinity is varied. He has constructed a stereotypical Dutch couple, ‘Henk and Ingrid’, whom he regularly incorporates in his speeches as representative of ‘regular Dutch people’. They are heteronormative but show some space for sexual inclusivity, as Wilders seems to appreciate that sexual modernity is part of the Dutch gender order.  While we find that his occasional progressive positions are genuine, we encounter them in his discourse mostly in reference to the alleged threat of ‘Islamization’. He does habitually voice support for women’s emancipation and gay (and sometimes “LGBT”) rights, but he calls even superficial support for non-binary identities (as well as teaching children about gender and sexuality) a ‘woke dictatorship’. His strategic alignment with European (Christian as well as populist radical right) parties and organizations that are decidedly trans- and homophobic (and anti-abortion) shows that progressive positions are at least not pivotal to his ideology. He positions himself as a ‘regular guy’, representing the same masculinity he seeks to center as hegemonic in his ideal society (to ‘give back’ the Netherlands to). Wilders stands out only because of his unique strength in fighting against Islam despite threats to his life: he has received multiple death threats and has a permanent security detail since 2002.

Thierry Baudet (1983—), the most important intellectual of our time

Thierry Baudet (1983) founded the FVD (Forum for Democracy) as an anti-EU thinktank in 2015. Despite announcing he would never become a politician (‘too restrictive for changing the system’) the FVD was recast as a political party under his leadership in 2016. Central to his ideology are allegations that there is ‘a secret plot to weaken European identities’, while Baudet wants Europe to remain ‘dominantly White’. He has often expressed admiration for Fortuyn and argued that his political ideas are inspired by him. Somewhat contrastingly, however, Baudet often shows a biological essentialism in terms of gender and sexuality–occasionally including homophobic rhetoric. He has defended the misogynist position that women ‘like to be overpowered’ (and ‘no’ means ‘try harder’), regularly essentializes gender roles, and explicitly contests the ‘feminization of society’—and masculinity. The EU and (Dutch/European) elites are the culprits of this alleged feminization, which he frames as a threat to the nation. His own position is that of the unique genius with all the answers (declaring himself ‘the most important intellectual of our time’), who also has the everyday desires of his archetypical Dutch man. His nostalgic representation of history represents a ‘return’ to a political history selectively constructed from the past.

The nation under threat

For all three leaders an intertwinement of masculinity and sexuality forms a part of their populist and nationalist discourses. Their vision is similar insofar as elite masculinity is presented as ‘inadequate’, and their envisioned masculinity serves as a corrective. However, the substance of these claims varies. Baudet strives for a heroic masculinity steeped in historical achievements, where ‘men can be men again’. For Fortuyn and Wilders, masculinity revolves around hetero- (or homo-) normative family life but not necessarily conquest or domination. Fortuyn’s vision, considering the timeframe in which he operated, is very liberal in terms of gay sexuality. In fact, he makes sexual freedom pivotal (though still societally marginal) to his envisioned ‘post-patriarchal’ society. Although Wilders rhetorically represents similar policies, they seem more instrumental as they are most often voiced as reactionary anti-immigration statements. For Baudet, despite his admiration for Fortuyn, Dutch sexuality is decidedly heteronormative and masculinist.

All three position themselves as ‘strong’ leaders able to defend the nation against threats, foreign (immigrants) and domestic (elites), but how they go about doing this varies, notably in relation to masculinity and sexuality. Fortuyn’s leadership represented a marginalized masculinity and sexuality crucially positioned at the crux of leadership. Wilders’s leadership instead represents modern, but still masculinist heteronormativity. Baudet’s leadership is more traditionally masculinist: he positions himself as the successor of historical White male leaders and embodies a sometimes homophobic, conservative masculinity. Our analysis shows that masculinity and sexuality are pivotal in untangling how these leaders contrast or identify their leadership with both their envisioned societies and other political actors. Their self-positioning as uniquely qualified leaders in fact appears to partly rely specifically on gendered and sexualized constructions of politics, nation, other political elites, and themselves.

Gender and sexuality and the populist radical right

This blog post is based on a recently published academic article in Politics & Gender entitled “Masculinity and Sexuality in Populist Radical Right Leadership.”, by Nik Linders, Stefan Dudink, and Niels Spierings. 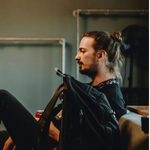 Nik Linders is a PhD candidate at Gender & Diversity Studies/Radboud Social Cultural Research, at Radboud University Nijmegen. His research interests include inquiries into processes of radicalization and the mainstreaming of radical/extremist ideas.