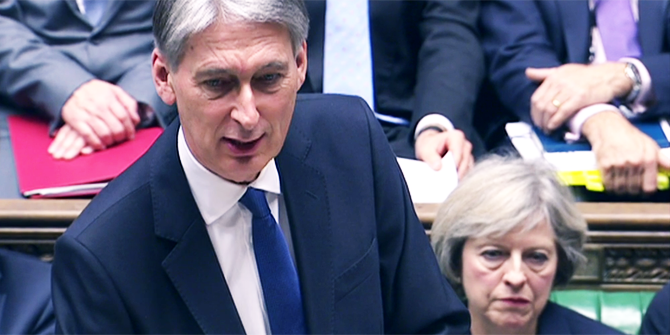 The 2016 Autumn Statement has provided the first substantive indication of the fiscal direction of Theresa May’s new government as Brexit negotiations loom on the horizon. Kate Alexander Shaw analyzes the key announcements and checks the political small print.

Philip Hammond’s first Autumn Statement shows us once again that politics in 2016 is operating well outside the normal rules of the game. The Autumn Statement did two things: it delivered an updated analysis of the UK’s economic and fiscal position, and it provided the first big opportunity to hear the new government’s economic narrative, five months into their tenure.

In substance, it was full of bad news; in tone, however, it struck a note of pragmatic positivity that bore little relation to the underlying data. Compared with George Osborne’s austerity rhetoric, there was no clear overarching vision, but there was some repositioning to create both fiscal room for manoeuvre and to distance Hammond from the overt politics of austerity, setting him up as a Chancellor content to stay within a fairly narrow interpretation of his remit.

The updated forecasts in the Autumn Statement were less pessimistic than either the Treasury’s pre-referendum modelling or the Bank of England’s latest inflation analysis, but were still mostly bad news. The Chancellor announced that:

For a new Chancellor attempting to set out his economic vision for the first time, the context could hardly be more unfavourable. The response was to project cautious optimism about the “resilience” of the British economy, giving the impression that these are challenging times, but not yet exceptionally so. This was by no means a crisis budget, but an attempt at business as usual, and it was noticeable that the relationship between Brexit and the nation’s economic prospects was barely discussed.

The Autumn Statement put the Budget and Brexit in separate silos, betraying no sign that the Chancellor will be pushing for economic concerns to be given greater weight in the trade-off between immigration control and single market access. It appeared that the Treasury under Hammond has decided, at least in public, to go back to being a finance ministry rather than an economics ministry, sticking to budget control and eschewing a more activist role in shaping the nation’s business model.

The Chancellor talked of getting the economy “match fit” for Brexit, but the Autumn Statement seemed to position him less as manager than as groundsman, preparing the pitch for the coming negotiations and cleaning up afterwards. The conduct of the match itself will be someone else’s job.

A muted reception or different perceptions?

Perhaps the most striking feature of the Autumn Statement has been the muted reception it has received. While attention has been drawn to the continuing wage squeeze and the lack of new money for health and social care, markets and media have reacted to a deteriorating outlook with relative equanimity. This is extraordinary, and no doubt partly a reflection of a partisan press; if a first-time Labour Chancellor had reported record debt, broken fiscal rules, downgraded growth prospects and deep uncertainty about the short term they could surely expect to be savaged for it.

Hammond appears to be benefiting from a right-leaning press that is comfortable with a traditional Conservative government and would like immigration to remain higher on the public’s list of priorities than the economy for the time being. Even so, for the economy to have become a second-order problem is highly unusual. Gordon Brown based a decade of economic policy on the idea that even the smallest policy uncertainty would create terrible economic instability, but in the case of Brexit, despite extreme political and economic uncertainty the country seems content to absorb bad news and suspend judgment until things become clearer.

We may also have simply become used to weaker growth; the downgrading of Britain’s economic expectations since 2010 has been one of the more striking features of our post-crash political economy. Once, growth below 3% was considered disappointing; now 2.4% can fall out of an already modest forecast without causing serious alarm.

In case of emergency…

To the extent that the Autumn Statement contained an overall vision for economic policy, it looked rather like a Labour vision, with its emphasis on infrastructure investment. Where George Osborne had gone to great lengths to insist his fiscal rules would eventually be met, Hammond was prepared to make a positive case for a more relaxed fiscal framework, creating the space for a fiscal package to complement the Bank of England’s monetary efforts. Indeed, the new fiscal mandate is strikingly close to that proposed in 2014 by Ed Balls, once again suggesting that when it comes to economic confidence it’s not the economy, but who’s talking about it, that counts.

But while the macroeconomics was somewhat Keynesian, the microeconomics was traditionally Conservative, directing new spending to roads, housebuilding and even the preservation of stately homes. Going ahead with the implementation of Osborne’s income tax threshold changes benefits middle and higher earners, not those already earning too little to pay income tax. The overall distributional impact of the statement will be to benefit middle earners at the expense of those at either end of the scale.

There was one hint that Hammond is preparing for more serious trouble than he would like to admit. The decision to change the budget cycle to autumn budgets and spring ‘statements’ has the important consequence of giving the Treasury two budgets next year, which means an extra finance bill. If 2017 is the moment in which the body of the UK economy notices its head has been cut off, the Treasury will have some pre-booked legislative time in which to take action without having to call it an “emergency budget”. That may yet prove to be very good politics indeed.

Kate Alexander Shaw is a PhD candidate at the LSE Department of Government and former Treasury official. 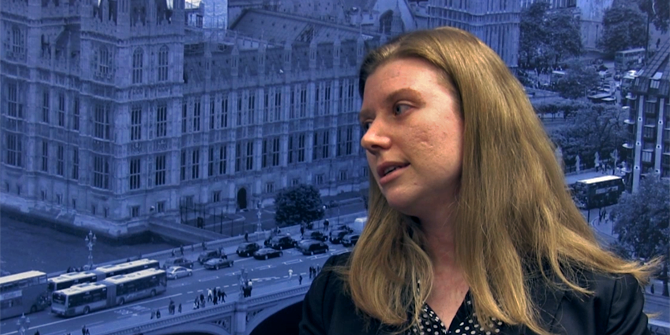 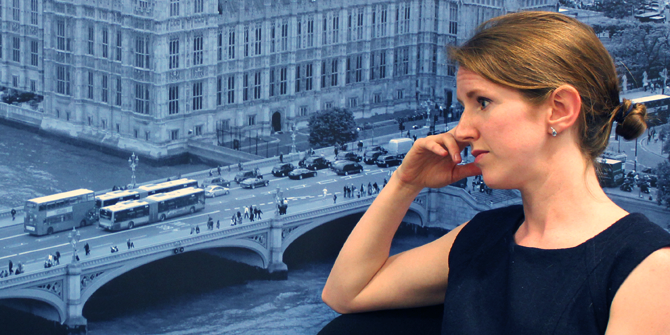 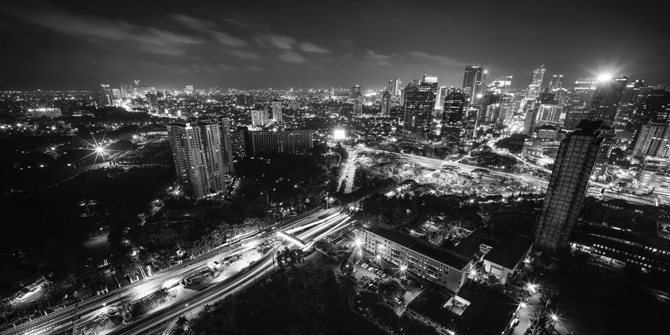