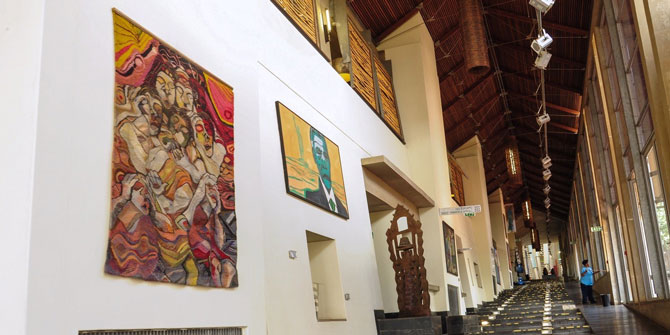 Dr Eliza Garnsey, who recently presented her work at the LSE Department of Government Conflict Research Group seminar on Thursday 23 February, outlines the importance of art in the constitutional Court of South Africa. Dr Denisa Kostovicova, one of the organisers of the Conflict Research Group seminar has been awarded funding for a ground-breaking collaborative research project, ‘Art and Reconciliation: Conflict, Culture and Community.’ Read more about her new interdisciplinary research project and the importance of exploring the role of art in post-conflict peace-building.

The Constitutional Court of South Africa is focused on justice, and founded on art.  When establishing the most significant institution to emerge out of South Africa’s transition from apartheid to constitutional democracy, judges were pushing and prioritising art to be at the heart of this judicial institution.  This close relationship between art and the Court establishes an important precedent.  Art is fundamental to the appearance and understanding of justice in South Africa and of South African justice at the highest judicial level.
Humanity (see photo below) hangs inside the Court.  This tapestry by Joseph Ndlovu was commissioned in 1994 by Constitutional Court Judges Albie Sachs and Yvonne Mokgoro for the new Court.  They intended that it would reflect the social connectedness and humanity of South Africa’s first Bill of Rights.  More than two decades later, the artwork captures a moment in South Africa’s transition where the recognition of humanity bore the promise of a future shaped by justice. 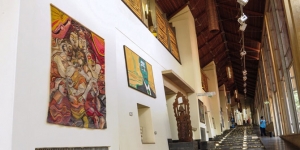 The Court has been foundational to South Africa’s transition in several ways.   The Court has played a key role in the symbolic transition of a state moving from the apartheid regime to constitutional democracy.  It was established as the new apex court—an entirely new court not associated with the apartheid era of justice and the gross violation of human rights which occurred under it.  Since then, the Court’s rulings have been central to the institutional transformation of human rights in South Africa.  For instance, in its first case in 1995, the Court ruled the death penalty to be unconstitutional.  It has developed a reputation for fostering a human dignity jurisprudence.  The Court has also been central to the physical transformation of several former notorious prisons in central Johannesburg.  Built on the site of the Awaiting Trial Block, the new court building retains elements of the original prison within it—including, complete stairwells and thousands of exposed recycled bricks. 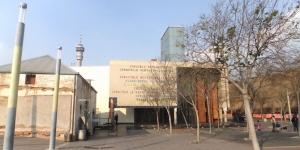 Image caption: view of the façade of the Constitutional Court of South Africa. The building on the left is the Number Four prison, now preserved as a museum.
Photography by author, 2014.

The court building is a unique space by international comparison, not only because it transformed this penal site but because it also incorporates artworks into the fabric of the building, and houses a large visual art collection developed by and for the Court.  Over the last twenty years the art collection has grown from one artwork to just over 400 artworks.  Artistic elements are integrated into the architecture of the court building.  For example, the doors to the main entrance were carved by several artists; they depict South Africa’s Bill of Rights in sign language.  Artworks also hang throughout the Court—from the public art gallery in the main foyer to the judges’ private chambers. 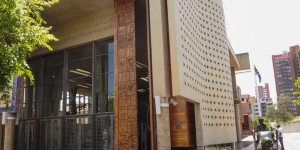 The artworks draw attention to narratives about individuals, communities, and time which all play an important role in shaping the understanding and appearance of justice at the Court. Many artworks within the collection depict or reference important figures in the anti-apartheid struggle.  One such artwork is Judith Mason’s The man who sang and the woman who kept silent, which commemorates the story of Phila Ndwandwe.  Ndwandwe was a member of uMkonte weSizwe who was murdered by security branch officers in 1988.  Several of the judges I interviewed spoke about this artwork as epitomising human dignity and the type of injustices the Court is trying to protect against; describing it as an artwork living in their “judicial consciousness”.  The artwork is a reminder of things which must be prevented—Ndwandwe’s torture and murder should never be repeated.  It also contributes to a vision of human dignity—resistance against tyranny—which should be sustained.  Artworks in the collection, like Mason’s, serve as reminders of past violations and injustices underscored by a norm of non-repetition. 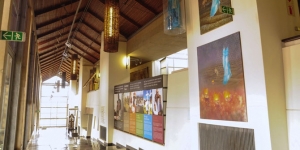 Image caption: installation view of Judith Mason’s The man who sang and the woman who kept silent (also known as The Blue Dress) in the public art gallery of the Constitutional Court of South Africa.
Photography by Akona Kenqu, 2014.

Other artworks in the collection draw attention to the communities affected by the Court’s decisions.  For instance, Body Maps by the Bambanani Women’s Group is a series of 14 self-portraits of women who are HIV-positive.  These artworks hang prominently in the public art gallery.  At the time the maps were created, antiretroviral drugs were not available through public health centres—a position the Court sought to change in 2002 when it ruled that the government is required to provide access to health services for pregnant women to combat the transmission of HIV from mother-to-child.  There is a direct visual connection between the practice of justice enacted by the Court and Body Maps which give human faces to the Court’s decisions.  As one law clerk described, “you really are allowed to enter into someone else’s life and that is what [the] art allows you to do, and when you do that in the law it can have [a] drastic and profound effect on judgement”. 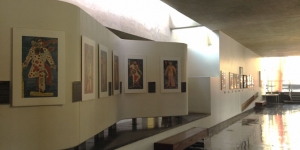 Image caption: installation view of the Bambanani Women’s Group Body Maps in the public art gallery of the Constitutional Court of South Africa. Photography by author, 2014.

Another example of these communities is David Goldblatt’s Twenty-six punishment cells and lavatory which depicts photographs of the isolation cells at the adjacent Number Four prison.  The photographs project the former prison directly into the Court.  This projection takes on heightened significance given the location of the artwork which hangs in the corridor the judges and law clerks use to enter the court chamber.  Each time a person traverses this corridor, they are confronted by the cells as a reminder of the injustices of the past penal system but also a warning against the failings of the present system.  By documenting the inhumanity of the isolation cells, the photographs implicitly urge the viewer not to lose sight of human dignity.  The art collection shifts from judicial consciousness to judicial confrontation.

The artworks at the Court are closely connected to, and blended with, both the value and practice of justice.  In this way, they can be understood as a new kind of visual jurisprudence (the theory and philosophy of the visual in law).  In such close proximity, the art collection inhabits a unique position where the assumptions of justice and what it means to uphold the Constitution in post-apartheid South Africa can be probed. 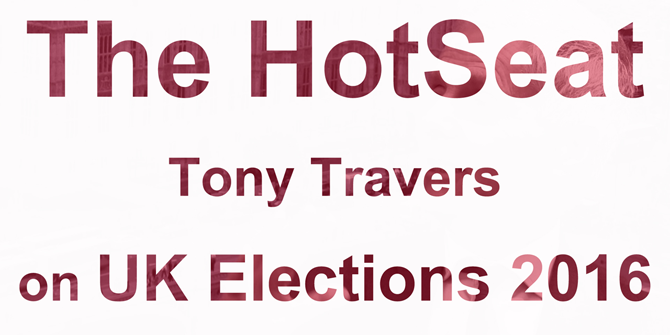 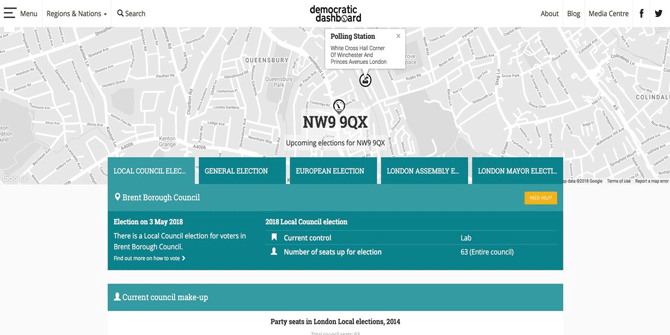