A Renewed Case for the Union 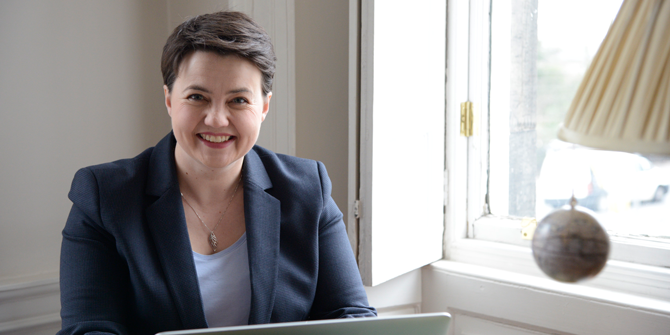 Speaker: Ruth Davidson (@RuthDavidsonMSP), Ruth entered the Scottish Parliament on the Glasgow regional list in 2011. Following the resignation of Annabel Goldie, Ruth was elected leader of the Scottish Conservative and Unionist Party in November of that year. In May 2016 she was re-elected as the constituency MSP for Edinburgh Central and now leads the official Opposition party at Holyrood.

Chair: Tony Travers, Director of LSE London at the London School of Economics and Political Science and a professor in the School’s Government Department. Research interests include public finance, sub-national administration and London government. In 2013, he chaired the London Finance Commission (initiated by the Mayor of London) and is currently an advisor to committees of the UK Parliament.  In 2004 he published The Politics of London: Governing the Ungovernable City and, last year, London’s Boroughs at 50.

Ruth Davidson will use the lecture to speak about the fresh case for the United Kingdom in the wake of the Brexit vote.