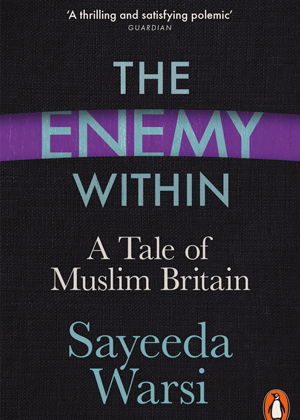 Speaker: Sayeeda Warsi,  Britain’s first Muslim Cabinet minister, is also a lawyer, businesswoman and racial justice campaigner. Appointed a life peer at the age of thirty-six, she served as Chairman of the Conservative Party, in the Foreign and Commonwealth Office, and as Minister for Faith and Communities. In the summer of 2014 she resigned from government, citing its ‘morally indefensible’ policy on Gaza.

Chair: Tony Travers, Director of the Institute of Public Affairs and Professor in Practice in the Department of Government, LSE.

How did British Muslims end up being branded “the enemy within”? Sayeeda Warsi draws on her own unique position in British life – as the child of Pakistani immigrants, an outsider, who became an insider, the UK’s first Muslim Cabinet minister – to explore questions of cultural difference, terrorism, surveillance, social justice, religious freedom, integration and the meaning of ‘British values’.