LSE’s Ernestina Coast is the Principal Investigator on a new research project in Zambia that seeks to establish how investment in abortion services impacts the socio-economic conditions of women and their households.

Zambia’s relatively liberal abortion laws make the country a rare case in sub-Saharan Africa, a region where abortion is generally prohibited altogether or permitted only to save a woman’s life. Yet many Zambian girls and women seeking pregnancy termination do not obtain a safe procedure. The new project, entitled Pregnancy termination trajectories in Zambia: the socio-economic costs and funded by ESRC and DFID, seeks to explore the reasons for, and consequences of, unsafe abortion. Our research compares the social and economic costs of a safe abortion with those of an unsafe abortion, and to unpick the different pathways women take, whether clandestine or legal, once they have decided to terminate their pregnancy. 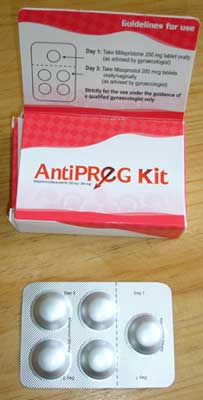 Unsafe abortion is defined by the World Health Organisation as “a procedure for terminating an unwanted pregnancy either by persons lacking the necessary skills or in an environment lacking the minimal medical standards or both”. In Zambia, approximately 30% of maternal deaths at the main teaching hospital in the capital, Lusaka, are attributable to unsafe abortion. This is a staggering figure given that abortions have been legal here since 1972.  At the hospital, where our study is based, 95% of women were treated for post-abortion care following an unsafe abortion and only 5% came directly for a termination, between October 2011 and June 2012.
Some of the women we have interviewed have attempted to induce an abortion themselves, either by inserting foreign objects or taking drugs. One myth we’ve found to be relatively common amongst young women was that taking Coca Cola and caffeine tablets would induce an abortion. Other women go to back-street abortion providers. Many of the stories we hear are harrowing, in terms of the physical and mental pain women have endured. We meet them at the end their journey, having made it to a hospital in Lusaka, where they come for post-abortion care.

Contraception should be the answer for many of these girls and women with unwanted pregnancies. While there is no shortage of contraceptives in Zambia, obtaining them can sometimes be challenging. In our conversations, women tell us of being refused family planning unless they can prove they are menstruating.

We interviewed a woman who had four children under the age of five, the youngest was only seven months old. Her husband wanted to resume sex with her after the last baby. She was turned away from the family planning clinic because she was breastfeeding. Breastfeeding women are still at risk of pregnancy and this woman could have been provided with suitable contraception. In spite of her efforts she became pregnant again. In the end, she opted for an abortion.

Clearly, there are obstacles that prevent women from making use of available facilities. A lack of providers is one hindrance. Under most circumstances three medical practitioners are required to sign off before a termination can be performed, and in some parts of the country there simply are not this many doctors. While practitioners can opt out of performing the procedure on grounds of conscience, they are required to refer the patient to a willing provider. This does not always happen. In addition, only a limited number of hospitals are registered to perform abortions.

We are finding that one of the main barriers to a safe abortion is a lack of knowledge on the legality of abortion. Women and girls are not aware of their rights or the fact that there are safe and legal services available. Added to this, abortion is highly stigmatised in Zambia. So when an unwanted pregnancy occurs, many women, fearing the social consequences, try to obtain an abortion through clandestine channels.

Once a woman has decided that she wants an abortion, there is often no going back: it is not a decision that has been taken lightly. She will find a way to terminate the pregnancy, whether by safe or unsafe means. That is why our research is so important. It will provide evidence that is explicitly policy relevant to document not only the medical and health costs to women of unsafe abortions, but also examine the social and economic consequences.

The effect of midlife risk factors on dementia in older age