We define censorship as the striking out of free expression from the public record for state security, removing hate speech and other objectionable content. It is also an act of convenience.

India exercises ‘prior restraint’ on films. The national Censor Board examines films’ suitability before exhibition. The Supreme Court of India once stated that film is a separate class of expression; it registers more emphatically with the audience than, say, a radio broadcast or newspaper editorial. Therefore, if it is likely to incite violence — risking ‘public order’ — it can be censored, following Article 19(2) of the Indian Constitution. Needless to say, censorship on these grounds has become problematically arbitrary.

There is a pattern of public-state interaction around allegedly disorder-inciting films: a) a group feels wronged by some films, and threatens/commits violence, b) the State palliates, often completely censoring films. This State behaviour is supposedly premised on maintaining public order. Consequently, it is severely flawed.

Capability to ban films on grounds of “public order”, a vague term, gives the State near-absolute, unaccountable freedom to censor media, often resulting in a violation of the freedom of expression, and provocatively also of other human rights. Importantly, it conveys that public discourse, including human-rights discourse, can be violently subverted with impunity. In this blogpost, I suggest that censorship due to fear of oppositional violence (called ‘hecklers’ veto’) is a violation of human rights on two counts: a) the violation of the human right to freedom of expression and b) the duty to facilitate the realization of human rights.

Violation of the right to free expression

In Freemuse Organization’s independent survey on media censorship, India ranked fourth among 89 countries, reportedly detaining 11 artists in 2019-2020. India’s mottled history with film censorship has seen several bans due to such actual or predicted risks to ‘public order’. Most cases feature groups finding certain films inadequate, ahistorical, or misleading. In the past, small public, yet vocal groups have advocated violence, destroyed sets, and vandalized cinemas. Examples include Jodhaa Akbar (2008), a film about the Mughal emperor (faced protests for allegedly distorting history),  The Da Vinci Code (2006) and Vishwaroopam (2013) (banned due to opposition from religious organizations).

Recent examples include Final Solution (an enquiry into the 2002 Gujarat riots—severe intercommunal violence in the Indian state), War and Peace (an anti-war documentary that criticized the Indian nuclear program),  and Udta Punjab (depicted drug-abuse problems in Punjab (India) and was censored for fear of heckling). That these films sought to present counterpoints on important public topics is obvious. Final Solution, for instance, explored the state government’s involvement in the violence at Gujarat which saw deaths on a massive scale. It levelled the charge that the State government had not done “enough” to prevent the violence. The film was banned on grounds that it could cause communal tension, but political undertones have been suggested.

War and Peace broke away from the glorification of nuclear armoury. It elicited strong disapproval for a quoted reference to the nuclear stocks as Hindu bombs, for India, and Muslim bombs, for Pakistan — hinting at nuclear nationalism, and Pakistan’s and the BJP’s apparently religious-nationalist tendencies, which was the ruling party then and was again voted to power in 2014 and 2019. The Board suggested deleting the allegedly incendiary speech, as it might compel the audience to breach public order.  Observations in the court judgment, which reversed the deletion, are universally applicable to films: the Indian Constitution recognizes the importance of contrarian views for the furtherance of society, and, the audience is expected to have autonomy over their reactions to film, and the State shall not infantilize them.

When violence is directed at films, the State should protect films and not ban them. This is the oft-noted positive obligation of the State, and its active responsibility to protect free speech and expression. The court explicitly mentioned heckler’s veto while chastising the State’s easy submission to opposition, in the form of imminent religious violence in the Da Vinci Code (2006) episode. This obligation has been emphasized in political censorship cases, too. Adherence to the positive obligation protects expression, and maintains public order, by preventing assault on filmmakers and the destruction of sets. It is in consonance with the Constitution as well as the ICCPR. Hence, the State is wrong in resorting to censorship as a stopgap measure to protect public order.

A State banning films solely for ‘maintaining public order’, is in violation of this positive obligation. This feeds the creation of certain norms, which Robert C Post defines as the State choosing which public narrative, and for our purpose, which human-rights narrative, is deemed acceptable.

For example, banning a film depicting “female desire” sets a precedent laced with misogyny; banning War and Peace tacitly censors critical views on crucial topics like nuclear warfare. Thus, censorship based on a fear of opposition to ‘contrarian’ messages risks another human rights violation: the intercommunity duty to promote human rights by contributing to a democratic, “free and full development” of a person (Article 29 of the Universal Declaration of Human Rights (UDHR)). Here, it is important to borrow an observation from the Rangarajan judgment: by “continual exposure to films of a similar character” the attitude of a large community could be altered. By censoring contrary voices on topics of human rights, the State tacitly delegitimizes the counterviews, effectively discouraging rights discourse as the State continues to support, irrespective of intention, a particular notion on crucial subjects through active censorship, however harmful or regressive these notions may be. This is visible in the case of films depicting LGBTQ+ interests; many have been banned due to heckling. It is against the EHRC advisory of “talking about human rights positively”. Article 7, Declaration on Human Right Defenders, mentions the right to develop ideas on new human rights, including providing “a conducive environment for defenders’ work”, which is at serious risk in the present climate of convenience-based censorship.

Films do play a crucial role in creating this human rights-positive environment and perceiving  human-rights crises, as did Schindler’s List (1993) or Bombay (1995) — which depicted the 1992 communal riots in Bombay, and served a reminder that communal strife, rife during India’s partition, was still occurring. It was censored because of the possibility of communal disharmony and violence. It is a case of catch-22 when a film cautioning about flaring religious tension is banned for fear of flaring religious tension. The way out is pursuing the positive obligation, which would protect human-rights messages and conserve public order.

Other conjectures have been made, such as a State-heckler political nexus with possibilities of enforcing certain norms. Ban on films dealing with religion, such as Bombay (1995) or Vishwaroopam (2013), have received patronage from sundry Indian states, with implications for state-level vote-bank politics.

These examples essentialize the ailing discourse around human rights, beset by political and ideological motivations under the garb of maintaining order. The Supreme Court of India’s aforementioned observation regarding films’ more impactful nature can very easily be turned on its head (as was done in the War and Peace case):  if a strong depiction of violence is likely to lead viewers to violence, a similarly potent depiction of human rights perspectives can have an equal and opposite effect. In the larger rights-based discourse, this is a crucial link between its theory and practice. If the State fulfils its positive obligation to secure freedom of expression, for which this blog vehemently argues, it would strengthen this link and help the conversation, and consequently policymaking, take a  beneficial turn.

RS Chauhan, Clamping down on creativity, The Hindu, Mar. 30, 2017, https://www.thehindu.com/opinion/op-ed/clamping-down-on-creativity/article62113427.ece

Utkarsh Mani Tripathi is a student at the National Academy of Legal Studies and Research, India, with special interests in public policy and constitutionalism. 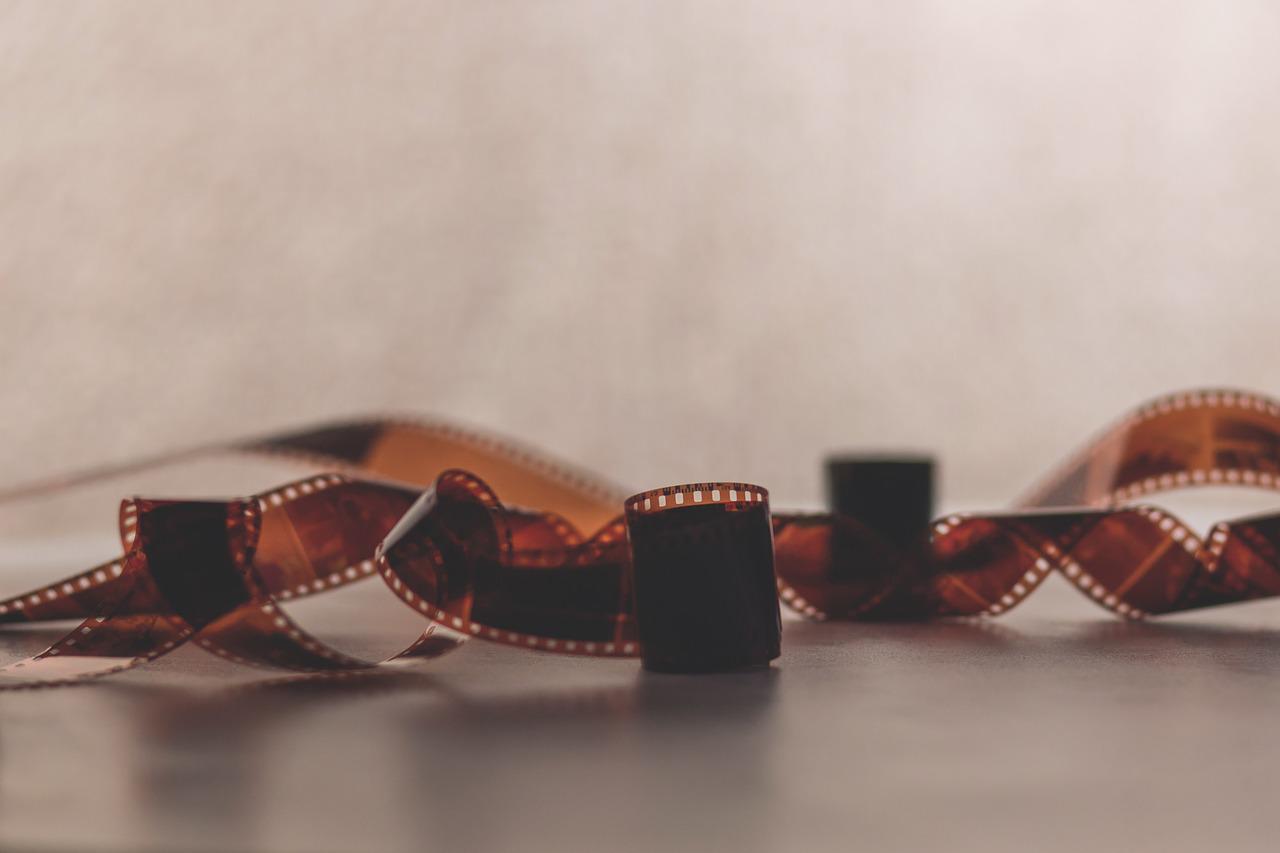