The killing of Jorge Briceño (Mono Jojoy), one of the FARC’s senior military commanders and an historic figure has been greeted with jubilation by some in the Colombian establishment. President Santos believes this is the beginning of the end for the FARC, and articles predicting their demise have proliferated, arguing that such military blows will lead to internal fracture and possibly eventual disintegration.

Whilst Santos has understandable political reasons for his opinion, others appear to have misunderstood the nature of the Colombian conflict and of the FARC. The core of this misunderstanding is viewing the guerrillas as a purely military organisation. The reality is that the FARC is both a military organisation and a political movement. The FARC does not exist because its leaders and guerrillas enjoy their lives of extreme hardship and risk in the mountains and jungles of Colombia. Rather it is the product of Colombian history and of socio-economic conditions that force thousands of Colombian citizens to take up arms against the State. This makes the collapse of the FARC unlikely despite the blow to morale that will follow the death of one of their emblematic leaders.

The origins of the FARC lie in the growth of the Colombian Communist Party in rural areas during the 1930s and 1940s. This politicised sections of the rural population faced with exploitation and violence from right-wing groups linked to the Conservative Party. These peasants set up the self-defence groups which developed elements of an alternative society (See James J. Brittain, “Revolutionary Social Change in Colombia” London: 2010). Their political vision formed the basis of the ideology the FARC articulates today. Their military option was the result of the capture of the State machinery by a narrow elite that refused to share power with them (see Forrest Hylton, “Evil Hour in Colombia” London: 2006). Ever since, the Colombian State, managed largely by members of the urban and rural elite, has been at war with the FARC and other guerrillas.

Cutting through the smoke and mirrors of a highly politicised situation it is possible to discern some desperation in the Colombian government’s victory claims. A recent report from the respected New Arco Iris Foundation NGO states that, despite government (and US) efforts, the FARC continues to operate in 45% of Colombia (countering the recent figure of 20% given in an article on the BBC website). It has changed tactics and shifted to small ambushes and the use of IED’s in order to counter the Colombian army’s increasing use of air power in conjunction with US satellite and communications intelligence. These tactics will not bring spectacular military victories, but they will likely produce a steady stream of casualties similar to that being suffered by NATO forces in Afghanistan that will sap the morale of the Colombian army and police, as well as the Colombian exchequer. Meanwhile, despite casualties and high-profile blows it seems the FARC is well able to replace its losses. One recent article states that “In the period 2002-2007 according to official figures 50,464 guerrillas were either killed, captured or demobilised – but the guerrilla was reduced by only 8,101 troops, going from 20,600 troops to 12,499. That is to say, it was able to recruit double its initial numbers.” Despite the doubtful accuracy of the figures, if the trend holds true the war is unlikely to end any time soon.

The war is extremely expensive an 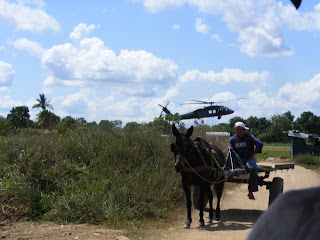 d consumes an ever-greater proportion of Colombian GDP. Military expenditure was historically about 1.8% of GDP, but in 2007 reached 6.32% of GDP. In his recent budget President Santos allocated 78.2 billion dollars, or 14% of the budget to the military, meaning that Colombia will now, for the first time, be spending more on the war than on education. This, in a country with high levels of poverty, unemployment, and inequality (according to ECLAC 45.4% of the population live in poverty, but in rural areas this increases to 50.5%). The figures are much higher if we look at specific classes or regions of the country. The question is how long is such an effort sustainable? How long can an under-developed country suffering massive inequality and serious economic problems sustain an army of nearly half a million troops?

As in so many past conflicts around the world, the Colombian government says that it will negotiate with the guerrillas when they have been defeated and come crawling to the negotiating table. This approach usually fails as it ignores the causes of guerrilla wars, which are political. And yet the Colombian State continues to attempt to win the war, without paying much attention to the underlying socio-economic problems or trying to develop a political dialogue with the guerrillas. Santos’ declarations on the importance of tackling poverty and unemployment tacitly acknowledge that these are the real causes of the conflict, and yet he too refuses to open any avenue for political negotiations.

In the meantime the war has become an industry that distorts the Colombian economy and provides an extra incentive for those involved in the drugs trade. The half million troops, and the tens of thousands of para-militaries, funded by the State and by narco-traffickers, are employers of the urban and rural poor, and mean that many hundreds of thousands of Colombians depend upon them. The network of state informants, which numbers over 2 million people, bolstered by paramilitary informants, also operates for some as a warped form of unemployment benefit as well as intimidating the political opposition. Entwined with this war industry is the drugs industry that continues the significant contribution that the black market has made to the Colombian economy since the 1970s (see Carlos A. Lozano, “Guerra o paz en Colombia?” Bogota: 2006). The penetration of the State by the drugs trade can be seen in the para-politics scandal which has seen over 90 members of Congress and the Senate undergo trials for links to the para-military groups that admit to controlling most of the drugs trade. 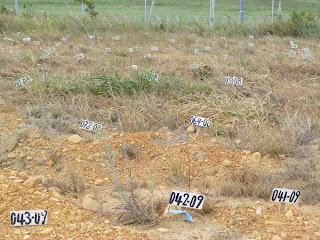 the nature of the Colombian State today. This is not a normal democracy with properly functioning institutions. It is a warped, heavily militarised form of plutarchy, which Ramiro Bejarano, a former head of the DAS state security service characterised as becoming a “mafia state”. Consider the reality in areas the government controls. On a visit to La Macarena in December 2009, we were shown an empty hospital, a school with unpainted and poorly furnished classrooms, and were told that no public works had been carried out since the army took the town in 2003. Informants lurked outside meetings, and heavily armed troops waited nearby. Just outside the town lay a large, well-maintained military base with helicopter gunships and watchtowers that overlooked the site of a mass grave. The putrefaction from the bodies leached into the local river, polluting it. The base itself was built on land stolen from local landowners, who have yet to receive compensation. Shortly afterwards we received news that one of the peasants who had attended the meeting was killed, shot in the back outside his home. In such a heavily militarised area, the army is the main suspect. Life is somewhat better in urban areas, but here too insecurity reigns and the vast numbers of unemployed feed paramilitary gangs and help keep wages low.

Government rhetoric is usually high-flown, but the reality is of an export-oriented economic model sustaining a political system characterised by corruption, paramilitary infiltration of government and State, and the violent repression of the political opposition and organised labour. Whether violence is carried out by State officials or paramilitaries makes little difference when the two are so often interlinked. The same paramilitaries that one day shoot a trade unionist can easily force indigenous people from their lands the next. The result is a system that is careless of the environment, does not value human life and that depends upon the repression of the political opposition to survive.

Ironically this political and economic model sustains the guerrillas, whose recruitment partly depends upon the maintenance of severe social inequality and political repression. However, the reason the guerrillas continue to be able to recruit is not just because they represent an outlet for frustration, it is also because they articulate and attempt to develop an appealing alternative in areas they control (see James J. Brittain). In a country with serious problems in its economic and political structures, the appearance of a powerfully articulated, attractive alternative would probably lead to changes that would affect the position of the Colombian elite.

Therefore, since 2002 the Colombian government has refused to negotiate with the FARC – despite the guerrilla’s consistent declarations that they seek a negotiated end to the conflict. The latest of these was made in a letter to UNASUR, asking to be allowed to present their view of the conflict and its possible solutions. Despite their refusal to allow this, it is clear that most Latin American governments support a negotiated end to the conflict. In this their position chimes with that of the Colombian political opposition, which has also consistently called for a political solution.

It is here that we at last arrive at the real reason for the desperation behind the Colombian government’s victory declarations. Over the last 8 years it has made an extraordinary effort to defeat the guerrillas, but has signally failed to do so. This level of military effort is not sustainable. Victory for State forces can only be achieved by the total destruction of the FARC and the removal of the socio-economic phenomena that feed it. The government has failed to do the former, and cannot do the latter because it is not equipped with the ideology to carry through the necessary reforms, while the Colombian elite is unprepared to share wealth and real political power with the majority of the population.

The tragedy of the conflict is that while the war continues poor Colombians will continue to kill each other. History has shown that the only way to resolve such conflicts is for the sides to talk to each other, as the peace processes in Northern Ireland and Central America demonstrate. The only hope for the resolution of Latin America’s longest running civil war is for negotiations to begin. Only then will sufficient trust develop to hold out the prospect of a peaceful future for all Colombians. Bogota’s continued refusal to talk to the FARC is a relic of the Bush years and the War on Terror. With the US engaging in behind-the-scenes talks with the Taliban through the Afghan government, surely it is time Santos did the same with the FARC.

Leap of Faith: Perspectives on Drug Legalisation Following the Summit of the Americas