Of the top 20 universities in the world, according to a 2010 survey, 13 were American. US colleges and universities continue to lead the field internationally in teaching and research, and have played a major role in driving economic and social development. President Barack Obama put it simply in his 2011 State of the Union address when he said: “If we want to win the future – if we want innovation to produce jobs in America and not overseas – then we also have to win the race to educate our kids.”

As provost of Columbia University for 14 years and a professor of sociology and dean of faculties before that, Cole is in an excellent position to comment. He explains how the growth of US universities was dependent upon their corporate status, institutional autonomy and academic freedom. They modelled themselves on the 19th-century German universities, emphasising groundbreaking research by leading academics, which was relayed to students through seminars and in the lab, rather than the British system, which at that time prioritised undergraduate education through tutorial learning. The world’s best scientists were attracted and their output employed to great effect.

The governance models and leading-edge research allowed institutions to collaborate with, and receive generous subsidies from, commercial enterprises – ‘the giants of American capitalism’ – and government agencies. The scientific progress that took place within the walls of the university lab was quickly translated to drive innovation-based growth in the wider US economy. The universities are ‘creative machines unlike any other,’ and Cole sites their many achievements, in biology and medicine, the physical sciences and economics – from cancer therapies to computing to theories of human capital.

Yet, Cole cautions that policymakers demanding immediate results from research in unpredictable fields will be disappointed and rightly so. Translational research is indispensable, but short-termism and quick returns are not the basis for academic inquiry.

US universities not only lead in research, they provide outstanding teaching as well. As Romesh Vaitilingham wrote in a recent report, higher education generates two core ‘products’: research and students. In another study, Harvard economists Claudia Goldin and Lawrence F. Katz demonstrated that investment in human capital throughout K-12 and higher education put America at the ‘top of the world.’ However, they are concerned that the ‘supply’ of skilled workers is not keeping pace with the ‘demands’ of the 21st century economy. ‘In the first half of the century,’ the authors sum up, ‘education raced ahead of technology, but later in the century technology raced ahead of educational gains.’

Commentators on both sides of the Atlantic are worried about this widening skills gap. A recent report on K-12 education by President Obama’s Council of Advisors on Science and Technology warned that the federal government is failing to prepare and inspire students to become tomorrow’s Nobel Prize winners, entrepreneurs and high tech engineers. Cole shares these concerns and is aware of the delicate balancing act, financial and structural, required to protect America’s leading academic institutions. But he argues that STEM subjects alone will not provide the skills required in the knowledge-economy. ‘The discrepancy between the growth of federal investments in the sciences and the humanities is appalling,’ he writes. ‘The humanities are essential to our understanding of other languages and cultures, of the values we hold, and of the moral arguments we make. In a world that increasingly depends on such knowledge for both our economic welfare . . . and our national security, the absence of significant programs to improve our grasp of it represents nothing short of a national disaster.’

Pre-eminence is not easily achieved. Cole’s study, although comprehensive, still leaves some questions of how to maintain greatness unanswered. There is likely no silver bullet solution. But education is everything.

Joe Manning is a Policy Advisor at the Design Council leading research on economic and social innovation. A version of this article was originally published at http://www.designcouncil.org.uk/our-work/Insight/Policy/Debate/ 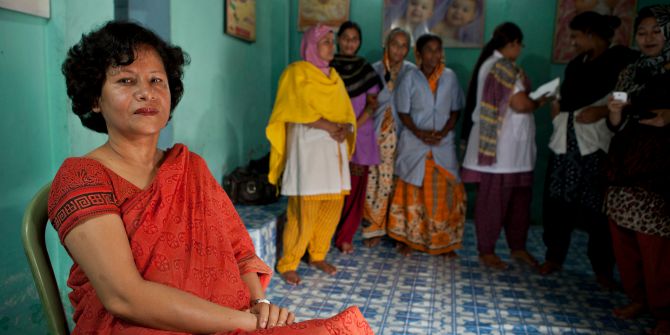