A previous blog post by Jill Rutter discussed an Institute for Government project on how Government policy making might be improved. The recommendations make a strong case for a more open and inclusive approach to developing policy, in particular with regard to tapping into the reservoirs of information and analysis which lie in academic communities. Yet in a similar vein, the academic community also needs to adapt, argues Liz Carolan, who puts forward here three useful pointers for academics on improving their capacity to influence policy.

At the Institute for Government, we often find ourselves listening to the quiet frustration expressed by both academics and policy makers that the other side simply doesn’t get them. Academics will often express their disappointment at not being involved in- or even knowing about- policy they could have usefully contributed to. On the flip side, politicians and civil servants alike often express a similar level of frustration, finding it hard to figure out quickly who is the most reliable academic to talk to, or realizing that the tight timeframes they have to operate in do not enable them to wade through vast amounts of information get to the core of what they need. 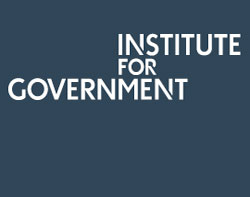 Recently, when delivering a British Academy-commissioned policy making course for post-doctoral fellows, my colleagues and I witnessed these two sides come together. Over the three days, we watched as the course participants engaged and debated with the politician and civil servant speakers, and if I were to sum up the key lesson which emerged, it is that academia needs to get better at being ready to respond to opportunities to engage with the issues that are preoccupying policy makers. There are some useful pointers which our participants took away for improving their capacity to influence, and I would like to put three of them to you here.

1) Build your networks. The speakers were keen to point out that networks are core to how policy makers access a vast chunk of the expertise they need. Staying linked into key networks in your field is important not only for ensuring your reputation builds as the subject expert, but also to keeping in the loop and knowing if policy you may wish to influence is being developed. The importance of blogging and twitter can be over stated, but these can be key ways of accessing and building a reputation in political circles, and it is how many key journalists and other influencers access their information. One speaker who told us they now access almost a vast chunk of their daily news material via the articles a few influential people retweet!

2) Presentation is key. Journal articles and large reports are important for building your academic reputation, but they will rarely, if at all, be read by policy makers. Turning your work into a few key points or recommendations quickly may be difficult, but being able to communicate complex ideas in an understandable and usable way is central to maximizing influence, and going through this process yourself puts you in control of how your work gets distilled.

3) Remember that influence and integrity can have a positive sum relationship. Although greatly distilled, your recommendations will retain the weight and authority of their original lengthy report and analysis. Communicating key messages strategically to the right people at the right time will mean little if you have not been able to build the reputation that comes from academic rigor.

Policy makers told us repeatedly that the rigor and quality of a properly executed piece of academic research is the real value added academics bring to the policy making process. They reiterated that as long as they know where to find it, and are able to digest it, no other sector can compete on quality.

Liz Carolan has been working with the Institute for Government since October 2010, where her research has focused on the international comparison of ministers and cabinets, the role of senior experts in the development of health policy and the selection of candidates to be MPs. She recently received a postgraduate degree from the London School of Economics, having spent a number of years doing research and development work with civil society and academic organisations in Ireland, the Balkans and Australia.

The Simple Guide to Academic Podcasting: Post-Production and Audio Platforms 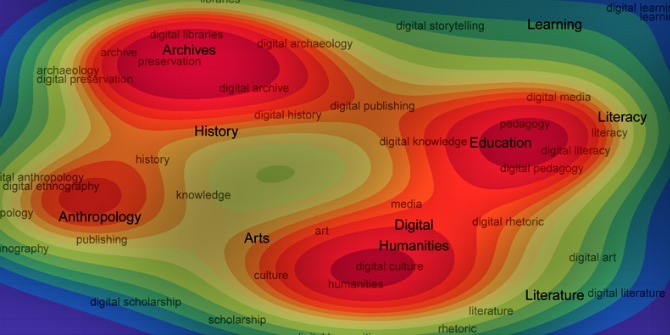