Professor Christopher Hood of the University of Oxford and Dr Martin Lodge of LSE were confronted with many questions about making impact when they were invited to appear in front of the House of Commons’ Public Administration Select Committee. Here they tell how their experience highlights some of the ambiguities around defining impact, and question whether they could have made any real impact at all if policy makers had already taken decisions.

The invitation to appear in front of a parliamentary select committee triggers feelings of both gratification and apprehension. No media training exercise, teaching training, tweeting, or robust academic seminar interchange prepares you for a grilling by a set of politically diverse legislators. Most of all, it means not being able to hide behind PowerPoint (or ‘keynote’) slides and it is unlikely that legislators will have paid much interest to your background or experience. In fact, it is unlikely that they will have even heard of you, and you’ll be lucky if they have read your learned memorandum.

If there is one consolation for the regular listener of Today in Parliament, then it might be that the usual academic appearance in front of a select committee is on the basis of invitation, not requirement. It is unlikely that you will have to face condemnations of personal wrong-doing or ridicule of the kind reserved for chief executives of major banks (e.g. ‘Why is it easier for a camel to pass through the eye of a needle than a rich man’ – something that John Mann MP asked Barclay’s Bob Diamond) or former oil company bosses (e.g. ‘It is clear to me that you don’t want to answer our questions. Are you failing to cooperate with other investigators as well?’ – a question by Congress representative Henry Waxman to then BP chief Tony Hayward). 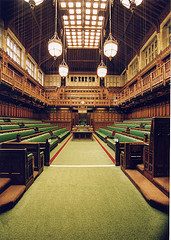 So what is the academic role in front of a select committee? Are there any clear do’s and don’ts for the academic witness beyond the obvious desirability of coming across in a respectful and informed way? Being concise is likely to be a major challenge for many of us – classroom-style mini-lectures are liable to be interrupted or cause signs of impatience, if not boredom. How can one at least aspire not to appear as academically detached and aloof, if not arrogant in front of a group of time-pressured parliamentarians, with little time for sound-bites and showpersonship? And how do you expect your words to play into party-political battles?

There are different interpretations of the academic role in front of a select committee. Some successfully take the line of a parti pris contributor to a political debate. We chose the different route of non-aligned engagement, offering fairly neutral perspectives, and concentrating on the disambiguation of particular sound-bites or phrases. To help us disambiguate words such as ‘post-bureaucratic age’ and ‘good governance’ we wrote a short policy memorandum, trying to be concise and jargon-free in our argument, designed to be interesting.

But does this strategy even matter? An experience like this highlights some of the ambiguities of the idea of impact that currently preoccupies the academic world. Even if our views are cited with approval in the committee, does this prove that we had an impact on the committee or were we a convenient political cover for positions already taken? Would our impact be only classified as such, if the government was to formally accept the report, in particular making reference to our submission? If ideas raised by us but not attributed to us appeared in the report, could we claim having had impact? And what if neither of these two happened, but we nevertheless contributed to meaningful exchanges and wider relationship building with a new generation of committee members? As of now, there isn’t a reliable way of measuring and scoring these issues – maybe by the time of the next generation REF there will be an established way of scoring such issues?

An earlier version of this article appeared in Political Studies Association News. 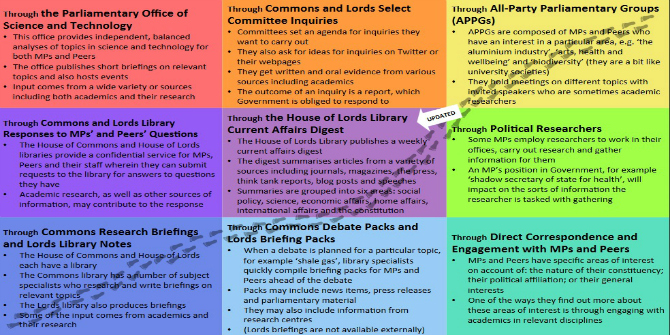