Last week 20 economists wrote to the Financial Times urging the government to scrap the 50% marginal tax rate on incomes over £150,000. Alan Manning argues that while it is important for academics to influence debate on public policy, such ‘group’ letters are more about who is signing them than the content that they contain.

On 7 September 2011, a letter from 20 eminent economists was published by the Financial Times urging the government to scrap the 50% marginal tax rate on annual incomes over £150,000 per year introduced in April 2010. The days that followed saw a flurry of letters both agreeing and disagreeing with this view. I myself contributed to it by having a letter published in the FT the following day.

I do believe it is important for social scientists to come out of their ivory towers and seek to influence debate about important issues of public policy. And because the press is one place where these debates are played out, and the letters pages the most readily available way to get one’s ideas some publicity, it is perhaps natural to find economists writing letters to the newspapers. But at the same time I have a lot of reservations about whether debates conducted through letter pages are really productive. That might seem odd coming from someone who has twice in recent years written letters to the papers but, rather like my children, I am inclined to say ‘they started it’, that my letters were responses to others, and that it is consistent to think it right to pen a letter in response to others and to think we might all have been better off not writing them at all.

Let me explain the problem. There is an incentive to write ‘group’ letters to the newspapers as they get attention. The letter to the FT was reported in most other UK newspapers, the subsequent letters expressing disagreement were not. If you want to influence policy in some way, then there is an incentive for making a pre-emptive strike.  And you don’t have to worry too much about the content of the letter – the authority of these letters is not really in their content but the signatories to them. This is probably just as well as the list of signatories is often much longer than the body of the letter.

Although it always helps to have someone high-profile on board (DeAnne Julius played that role in the 50p letter) most of the signatories are probably unknown even to the highly educated readership of the FT (sorry to disappoint those of my colleagues who think being a famous economist is the same as being famous). The most famous example of a group letter was the group of 365 economists who wrote to The Times expressing their opposition to the policies of the Thatcher government – as if having one economist opposed for every  day of a (non-leap) year made the content of the letter more compelling.

Given that the debate conducted on the letters pages often seems to come down to ‘my list is longer than your list’, it is not surprising that the general public end up with a rather low opinion of economists. In the case of the 50p letter it was less than a week before the FT published a letter asking, “can any economist demonstrate their benefit… without another disputing it?”  What starts off as a pre-emptive strike by one side of a policy debate ends up in mutually assured destruction for economists on all sides of the policy debate.

Some of this reaction is a bit silly. Almost all contentious policy issues are complex with arguments for and against, rarely with all evidence pointing in one direction. The maximum length of a letter to the FT is not conducive to a nuanced discussion of the issues. But the way economists proceed also asks for such a reaction. Newspapers will continue to want to publish such letters so the only way to improve matters is for some degree of professional self-regulation. I would like public debate to be based on the issues, not appeals to authority – so let’s see an end to group letters. Reducing the number of signatories would also free up column inches for the content of the letters.  And let’s make sure that we provide the workings behind our reasoning – not just our conclusions but why we have arrived at those conclusions.

My main issue with the initial letter on the 50p tax rate was that it simply consisted of an assertion, and it made no attempt to provide any serious evidence for its claims. It set a bad example for how serious economists go about their business.

What about the substance of the issue – should the UK retain or abolish the 50p tax rate on the top 1% of income earners. Here, I am not going to answer that question because it is appropriate for a professional economist to wait until we have some evidence on its impact and that will be a while yet. I think it is fairly clear what the main issues to look at will be – does the 50p tax rate act as a sizeable disincentive to work, does it encourage high earners to live elsewhere, does it mean that high-earners find ways to evade or avoid paying higher taxes? We do have existing, though sometimes conflicting, evidence on related issues in other countries and other times. But, we are going to have some evidence on the impact of the 50p tax rate and we should not pass judgment until that is in. It may well be ambiguous but that is the best evidence we will have.

Do I expect economists to adopt my self-denying ordinance with regard to group letters? I doubt it – self-regulation rarely works. So I fear I will find myself continuing to scan the letters pages of the FT ready to turn to my laptop to tap out another nail in the coffin that contains the reputation of economists.

This article has been posted simultaneously on the British Politics and Policy at LSE blog. 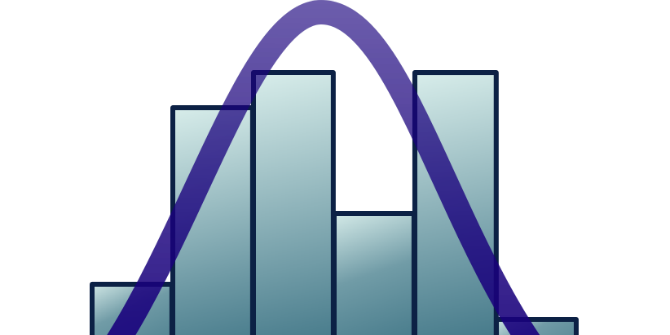