In a shifting policymaking environment, Liz Carolan believes academics should understand the changing priorities of government and the individuals who are making an impact.

Policy making, like other functions of the machinery of Government, is undergoing substantial changes as it adapts to shifting fiscal, political and social realities. There are a growing number of influential academics and practitioners pushing for change; for policy design which better reflects the conditions of implementation and how individuals behave; for more open generation of policy ideas and inputs; and for experimentation, trialling and risk taking. Many of these ideas are beginning to take root, and staying aware of the direction of travel is important for any researcher wishing to increase their impact on the way Government carries out its core business.

One change in policy that is opening up for academics to create impact is wellbeing. David Cameron has asked the Office for National Statistics to develop wellbeing measures which will be able to inform policy – a sure sign that policy makers will be taking the importance of trust, belonging and social capital more into consideration. With wellbeing as a key marker, policy could move to focus on promoting the positives in the daily lives of constituents instead of working to mitigate the negatives. John Helliwell has argued that focusing on wellbeing can improve the quality of policy proposals and that humans are essentially social creatures – happier when doing things together. For example, workers who feel that they have trustworthy management enjoy the same effects on life evaluation as those who receive an increase of a third in their income.

Academic insight into modes of behaviour stands also to influence different policies being trialled in diverse areas from organ donation rates and NHS appointment no shows to weight loss and energy efficiency. This new focus on understanding how people behave could become central to policy-making as simple techniques have been seen to have a positive effect. Encouraging people to repeat back, or write down the time and date of their next NHS appointment has cut the numbers who don’t show. Another experiment simply changed the text of posters in doctors’ surgeries from emphasising how many people failed to show to emphasising the very high rate of attendance, and resulted in a reduction of up to 30 per cent in no-shows, according to Robert Cialdini. And economist Paul Ormerod has highlighted to policy makers the need to move beyond a focus on individual behaviours to include an understanding of the impact of networks on how we behave.

The way we tackle problems such as reform of the financial system and growth policies could also be shaped by new research in complexity economics, as argued by Eric Beinhocker, who believes economic analysis should lie in accounting how individuals interact, both with each other and their environment. Complexity economics view the economy as an evolutionary system, where change is driven by adaption, selection and amplification. This way of thinking is transforming the way problems are tackled, as the role of policy maker shifts from optimal designer of policies to what the IFG term ‘System Stewards’, who, instead of determining a final policy direction focuses on how policies should evolve and adapt when in play.

This idea of ‘trial and error’ is echoed by economist, Tim Harford, who argues that the most interesting problems are solved by such a practice. Tim’s influential work is pushing for governments to learn to take more risks, and to be more open to allowing for and learning from failure. The adversarial nature of politics (and the media) is currently hindering such an approach, but this is changing – the US Healthcare plan has built in resilience to politics to allow successful trials to be rolled out without reauthorisation by Congress as Dr Peter Orszag has argued.

Meanwhile, co-production – the move towards public organisations working with private organisations and individual citizens to produce desired outcomes – is another area which is gaining currency among policy professionals. Professor John Alford  from the Australia and New Zealand School of Government (ANZSOG) has outlined how co-producers have for some time been involved in the delivery and implementation of policies, but they are increasingly also being brought into the design process. In a similar vein, Viki Cooke has focused on how policy makers can more actively engage with citizens in the design of policy. Methods such as Citizen’s Juries can provide insight into the attitudes, views, and criteria of citizens, which government should use when making decisions. Results suggest that citizens are willing to accept the case for radical (and normally assumed to be unpopular) decisions when they understand the issues and are engaged in a meaningful discussion about the options.

Together these changes represent a major shift from the old top down way of making policy, and academics are leading the charge of making this happen.

The IFG’s series of public events is now available as free podcasts. 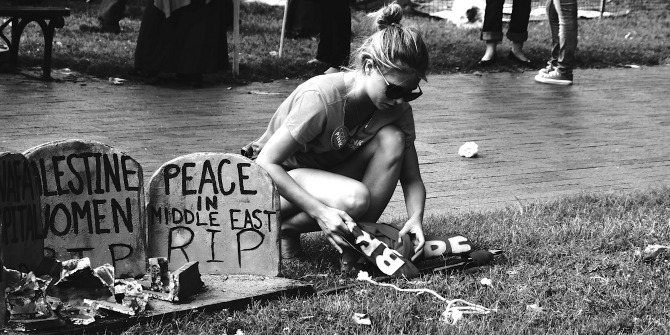