The Research Excellence Framework (REF) is too busy playing catch-up with American styles of impact assessment to notice that its model is tired, old and outdated, argues Danny Quah. Any assessment of academic impact must include engagement with the public, and therefore must acknowledge the growth of academic blogging.

Mark Thoma’s thoughtful article, “New Forms of Communication and the Public Mission of Economics: Overcoming the Great Disconnect”, describes the factors that, through the 1980s and after, led to academic economics disengaging from its long-standing public mission: Addressing the questions important to society.

Once it started to withdraw, academic economics became ever more self-contained and self-affirming. Along that path these developments encountered no reality check or market test. The profession grew to have no way to ask how the questions it addressed might matter to anyone, to anyone that is beyond those inside the profession itself involved in posing and answering those questions. Instead, the profession developed a disdain for those outside it – government economists, business economists, journalists, the general public – who were concerned with matters it considered mundane. Academic economics saw a choice between only two extremes: one, that of super-streamlined professionalism and the other, that of ambulance-chasing opportunism, and it convinced all the PhD students it could find there was only one way to go. The system faced no countervailing pressure to change.

Economics no longer had a public mission; it had turned its back on the rest of society. Thoma’s earlier op-ed pointed out:

“How much confidence would you have in the medical profession if the teaching faculty in medical schools had very little experience actually treating patients, and very little connection to – even a lack of respect for – the practitioners in the field? Would your confidence be improved if medical research had little to do with the questions that are important to the doctors trying to serve patients?

Fortunately, however, this disengagement has begun to turn around, not least since the global economic crisis following 2008 but also, a little before then, through academic economists – top-flight respected researchers – communicating again directly with the public. In Thoma’s analysis, it is blogging – with all the attendant openness, immediacy, and direct connection with the readership (facilitated by a supporting information and communications technology) – that has brought economics back to its public mission of understanding, explaining, and convincing on questions that matter. This does not replace research. But it breathes life back into the latter and suggests why certain kinds of research have genuine validity.

The inroads from there, moreover, have allowed economists again to have the confidence to engage openly with journalists, with policy-makers, and with a suspicious public nonetheless eager to learn. This not only improves research but raises economic and financial literacy. We cannot pretend to value the ideals of liberal democracy if we don’t think it important that the general public understands better what happens around them.

Thoma’s examples are almost entirely US, and that is appropriate. That is where change has been greatest.

But this makes me wonder if, in the UK in our own headlong RAE/REF-directed rush to academic excellence, we are now following the path that, in Thoma’s analysis, is already old and tired – i.e., from the pre-blogging era. What passes for hiring/firing discussion in many economics departments is rumour mixed with currency: a researcher with four publications in the top 4* journals is worth, in UK government REF-derived funds, £100,000 a year. So hiring someone in that category is, upon amortization, a half-million pound proposition. Some departments might even mortgage an expensive hire like that today, discounting against REF future income prospects. (Does anyone else think this resembles a subprime mortgage deal?) Impact studies might count so if some social scientists developed a new pharmaceutical assembly line that might raise your REF income.

Engagement with the public? ‘Sorry, that’s not in the REF. The 4* Americans don’t do that, you see’.

This post was originally published on Danny Quah’s personal blog.

Institutional repositories provide an ideal medium for scholars to move beyond the journal article. 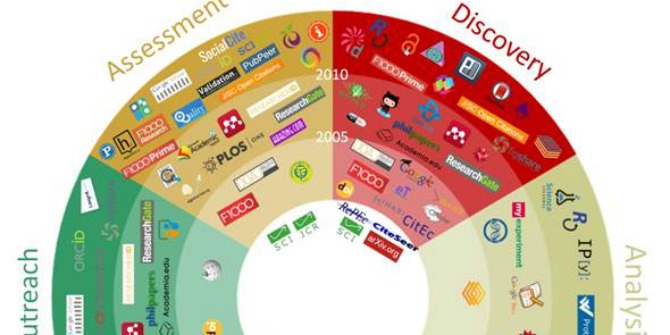