Which creates the greater impact; publishing in a journal read by a handful of experts or publishing widely for the greater public? Martin Price isn’t placing any bets and is pushing his MYPLACE project to do both. Here he outlines how he hopes to accomplish impacts among the academic community and among the public at large.

In June 2011 I found myself, not by accident, installed as the Project Manager of MYPLACE, a large and complicated EC-funded project in the social sciences. The lure of MYPLACE for me was the desire to be involved in a project that makes a contribution to policy and has real impact.

Memory, Youth, Political Legacy and Civic Engagement (MYPLACE) is a project featuring 16 partner universities in 14 countries, funded by the European Commission 7th Framework for Research and Development (FP7). Broadly speaking, the project will use a combination of survey, interview and ethnographic research instruments. They will be used to explore how young people’s social, civic and political participation is shaped by the past, present and future shadows of populism and totalitarianism.

Carrying out this kind of work on such a scale inevitably presents many logistical and organisational challenges. Being a project manager by profession rather than a sociologist, or indeed any kind of academic, these are challenges of a type that I am used to grappling with. Among them is the thorny problem of ensuring that the project makes an impact on the world.

Having spent my entire working life up until last summer working in and around the National Health Service (NHS), I became accustomed to operating in a very self-contained field. Changing practice and using research in a medical setting can be a frustrating and time-consuming business, but it is generally possible to identify the nature of the impact you want to have. It is even possible in the NHS to have a reasonable idea of who you need to have on your side to make things happen, although of course it remains true that actually accomplishing these aims is never so simple.

However, sociology is a new area for me. When the field you seek to make an impact in is not health or medicine but society itself, how do you make an impact? Perhaps even more importantly, how do you decide what an impact is? The importance of ‘conventional’ academic outputs in peer-reviewed journals clearly can’t be ignored. However, I have also become interested in the possibilities that the Internet and social media might present for reaching a wider audience. When attempting to measure impact in social research, does a paper in a specialist journal read by a handful of experts make a greater impact than a more mainstream piece which attracts the attention of a much larger group of lay people? It seems to me that the answer depends to a large extent on the type of impact you intend to have. Perhaps a better question, and one more within my reach, is: Can MYPLACE accomplish both things?

Academic publication is left to the academics in the project, and there should be rich outputs in this area. But we’re also all striving to reach a broader audience. With empirical research currently in the design stage, and allowing enough time to conclude fieldwork, we will have relatively little to publish in the early stages of this 4 year project. However, what we do have is a pool of 60 or more academics in different countries who are considered experts in the field. In what has been a fairly turbulent period in global politics, it seems reasonable to suppose that MYPLACE academics can contribute and comment on events in their own countries. But importantly, they can also provide an international perspective on events that may otherwise only be discussed at a national level.

This is why the MYPLACE blog was created. So far, we have had contributions from correspondents in several countries. These have included pieces on movements and protests receiving widespread international coverage, but also local issues which may at some point resonate more widely. I hope to raise the profile of the project through the blog in order to create a broader and more receptive audience by the time the empirical work is ready for public dissemination. Early experiments in the use of social media, such as Twitter <@projectmyplace>, are promising.

Having made this statement of intent, I will report back on the success of the MYPLACE blog, the website and other initiatives in broadening the impact of MYPLACE. Given the size and scope of the project, I hope our experiences will be of interest. A welcome by-product of the research perhaps?

More information can be found at the project’s website 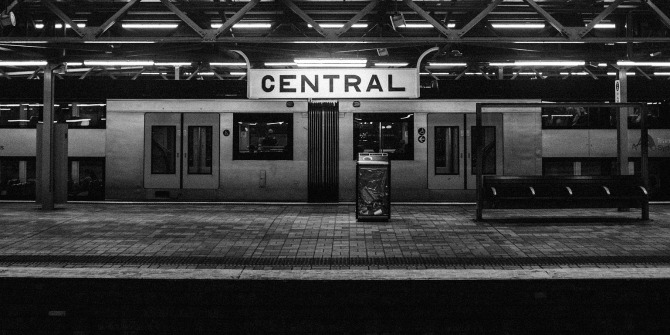