Steve Keen was one of a few economists that publicly predicted the economic crisis and his economic ideas constitute a drastic departure from mainstream economic tenets. In this conversation, he talks to Joel Suss about the importance of academic blogging in getting his own academic ideas into the public sphere.

You have a hugely successful blog that serves as the forum for presenting your economic ideas to the non-academic world. How important is blogging for academics?

I think it’s incredibly important. It’s a whole new avenue of communication. It means that academic, intellectual research can reach a wider public. Given what’s happened without that in the past, it’s an extremely good idea in a whole range of areas. It’s a remarkable change in the nature of communication.

I got into blogging by accident. One of my many pre-academic careers was being a part-time journalist, writing regularly for newspapers and occasional features as well. I spent a lot of time with people in the Australian Associated Press and ran seminars on journalism, so I had a huge exposure to journalism before I become an academic. That gave me an idea of how journalism functions and how to be effective in getting ideas out through the media.

When I realized that there was an impending economic crisis back in 2005, I knew I had to work in the journalism news cycle to get listened to, so I published a newsletter once a month sent out by email that was timed to coincide with the reserve bank’s interest rate decisions. That gave journalists something to write, and so I knew that that would work, and it did. Then in March of 2007, someone suggested that I start a blog. I was getting a few complaints about the newsletter from some people who didn’t want to receive it on the email list anymore, so I thought why not get into blogging instead where people actually volunteered to read it. I had no idea what I was letting myself in for!

My newsletter had about 400 people who got it at the end. The blog began with pretty much the same number of people. Now it gets between 50 and 75 thousand unique readers a month, between 700 thousand and 1 million page-views a day, and has 13,000 subscribers. Often only a tiny handful of those actually make comments, but I can get up to 450-500 comments for a blog post. It’s a lot of work, but it is also a hell of a lot of communication.

The academic world and the bureaucrats in it haven’t caught up with this trend yet. It’s a very effective way for academics to not just communicate, but also learn from the public. I’ve learnt a lot from some of the feedback I’ve got. So, it’s a very important change in the nature of communication and we’re still a long way where it settles down in a relationship with the standard media, but it is a really dramatic change in how capable we are of reaching out to the public and the public reaching back to us.

As the public becomes more aware of academic research blogs, will government have to take notice? How will blogging impact on policy?

The fact that you are talking to an economist from an obscure university in Sydney is a sign of how effective blogging is. I would never have been able to do this back in the 1930s. There very well may have been someone who was better than Keynes publishing somewhere in England, America, Australia, Canada or India in 1930, we’ll never know. The Modern Monetary Theory crowd, a lot of Austrian bloggers, along with myself have gotten exposure and credibility that they could never have got without the internet.

Concerning what the government is doing, we all hear rumours about the computer that Obama gets to use having limitations imposed by the West Wing. Over time I think that the filtering will disappear and therefore we are more likely going to get politicians being exposed to ideas that are not sanitized as they are currently.

Hopefully your Chancellor [George Osborne] may end up reading a blog somewhere that throws an idea that looks totally outside the mainstream advice that he’s getting from Treasury but yet is coming from someone who has academic credentials. And he will hopefully have the sense to think ‘hang on a second. What’s going on here? Why is an academic having a different opinion to another academic in this same area?’

On the other hand, we have seen a lot of damage done in the climate area by the blogosphere being used to sell the ideas of scepticism about global warming, so it isn’t only positive. But certainly it’s an avenue within economics which we desperately need. Because that is one area where, speaking as a professional, it’s clear that you can’t trust the mainstream and the mainstream dominates. So, without the blogosphere it’s likely we would have been in the same situation as in the 1930s where only right at the very end of the whole crisis did we get an openness to a new idea. So it is vitally important, but will not necessarily be all in the right direction. There will be some times when the blogosphere will be used to spin as much nonsense as we got through the mainstream media beforehand.

Your economic ideas are considered radical by some. Do you think blogging and using other social media has helped your ideas become more widely accepted?

Yes. One reason why is because engineers are reading what I write. It’s the engineers that read it and say ‘this isn’t radical, this is sensible’. They read the stuff that’s written by the mainstream economists and they say ‘this isn’t mainstream, this is garbage’. Even engineers see what Paul Krugman thinks is a good model and they just laugh at it. If it wasn’t for the blogosphere, engineers wouldn’t be able to read economic articles.

A lot of the support I get is from people with engineering backgrounds, physics, biologists, meteorologists. The blogosphere allows us to communicate to a professional audience from other disciplines. Therefore, you get professionals looking at what happens in other areas.

So that has been a really important opening up of cross-communication. We often talk about interdisciplinary work, well the internet and the blogosphere has made interdisciplinary evaluation and collaboration far easier than it could have ever been beforehand. 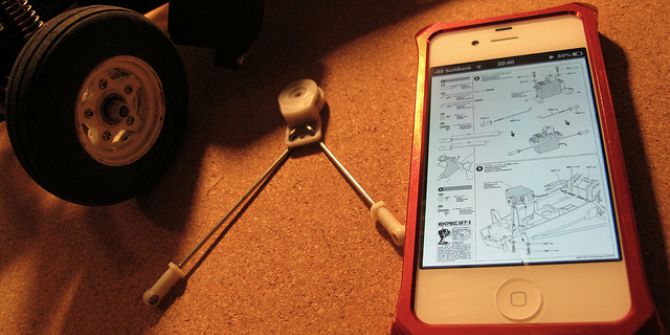