Neither the incumbent subscription publishers, nor their current library customers, appear to believe that the value added by publishers justifies the current costs. Cameron Neylon argues that $1000 per paper is a reasonable lower level cost, and a good place to start an honest conversation with publishers.

There are two major strands to the positions that traditional publishers have taken in justifying the process by which they will make the, now inevitable, transition to a system supporting Open Access. The first of these is that the transition will cost ‘more money’. The exact costs are not clear but the broadly reasonable assumption is that there needs to be transitional funding available to support what will clearly be a mixed system over some transitional period. The argument of course is how much money and where it will come from, as well as an issue that hasn’t yet been publicly broached, how long will it last for? Expect lots of positioning on this over the coming months with statements about “average paper costs” and “reasonable time frames”, with incumbent subscription publishers targeting figures of around $2,500-5,000 and ten years respectively, and those on my side of the fence suggesting figures of around $1,500 and two years.

This will be fun to watch but the key will be to see where this money comes from (and what subsequently gets cut), the mechanisms put in place to release this “extra” money and the way in which they are set up so as to wind down, and provide downwards price pressure.

The second arm of the publisher argument has been that they provide “added value” over what the scholarly community provides into the publication process. It has become a common call of the incumbent subscription publishers that they are not doing enough to explain this added value. Most recently David Crotty has posted at Scholarly Kitchen saying that this was a core theme of the recent SSP meeting. This value exists, but clearly we disagree on its quantitative value. The problem is we never see any actual figures given. But I think there are some recent numbers that can help us put some bounds on what this added value really is, and ironically they have been provided by the publisher associations in their efforts to head off six month embargo periods.

When we talk about added value we can posit some imaginary “real” value but this is really not a useful number – there is no way we can determine it. What we can do is talk about realisable value, i.e. the amount that the market is prepared to pay for the additional functionality that is being provided. I don’t think we are in a position to pin that number down precisely, and clearly it will differ between publishers, disciplines, and work flows but what I want to do is attempt to pin down some points which I think help to bound it, both from the provider and the consumer side. In doing this I will use a few figures and reports as well as place an explicit interpretation on the actions of various parties. The key data points I want to use are as follows:

Let us start at the top. Publishers actively campaign against a reduction of embargo periods. This makes it clear that they do not believe that the product they provide, in transforming the refereed version of a paper into the published version, has sufficient value that their existing customers will pay for it at the existing price. That is remarkable and a frightening hole at the centre of our current model. The service providers can only provide sufficient added value to justify the current price if they additionally restrict access to the “non-added-value” version. A supplier that was confident about the value that they add would have no such issues, indeed they would be proud to compete with this prior version, confident that the additional price they were charging was clearly justified. That they do not should be a concern to all of us, not least the publishers.

Many publishers also seek to restrict access to any prior version, including the author’s original version prior to peer review. These publishers don’t even believe that their management of the peer review process adds sufficient value to justify the price they are charging. This is shocking. The ACS, for instance, has such little faith in the value that it adds that it seeks to control all prior versions of any paper it publishes.

But what of the customer? Well the ALPSP survey, if we take the summary as I have suggested above at face value, suggests that libraries also doubt the value added by publishers. This is more of a quantitative argument but that some libraries would cancel some subscriptions shows that overall the community doesn’t believe the overall current price is worth paying even allowing for a six month delay in access. So broadly speaking we can see that both the current service providers and the current customers do not believe that the costs of the pure service element of subscription based scholarly publication are justified by the value added through this service. This in combination means we can provide some upper bounds on the value added by publishers.

If we take the approximately $10B currently paid as cash costs to recompense publishers for their work in facilitating scholarly communications neither the incumbent subscription publishers nor their current library customers believe that the value added by publishers justifies the current cost, absent artificial restrictions to access to the non-value added version.

This tells us not very much about what the realisable value of this work actually is, but it does provide an upper bound. But what about a lower bound? One approach would be turn to the services provided to authors by Open Access publishers. These costs are willingly incurred by a paying customer so it is tempting to use these directly as a lower bound. This is probably reasonable in the life and medical sciences but as we move into other disciplinary areas, such as mathematics, it is clear that cost level is not seen as attractive enough. In addition the life and medical sciences have no tradition of wide availability of pre-publication versions of papers. That means for these disciplines the willingness to pay the approximately $1500 average cost of APCs is in part bound up with making the wish to make the paper effectively available through recognised outlets. We have not yet separated the value in the original copy versus the added value provided by this publishing service. The $1000-1500 mark is however a touchstone that is worth bearing in mind for these disciplines.

To do a fair comparison we would need to find a space where there is a thriving pre-print culture and a demonstrated willingness to pay a defined price for added-value in the form of formal publication over and above this existing availability. The Sponsoring Consortium for Open Access Publishing in Particle Physics (SCOAP3) is an example of precisely this. The particle physics community have essentially decided unilaterally to assume control of the journals for their area and have placed their service requirements out for tender. Unfortunately this means we don’t have the final prices yet, but we will soon and the executive summary of the working party report suggests a reasonable price range of €1000-2000. If we assume the successful tender comes in at the lower end or slightly below of this range we see an accepted price for added value, over that already provided by the ArXiv for this disciplinary area, that is not a million miles away from that figure of $1500.

Of course this is before real price competition in this space is factored in. The realisable value is a function of the market and as prices inevitably drop there will be downward pressure on what people are willing to pay. There will also be increasing competition from archives, repositories, and other services that are currently free or near free to use, as they inevitably increase the quality and range of the services they offer. Some of these will mirror the services provided by incumbent publishers.

A reasonable current lower bound for realisable added value by publication service providers is $1000 per paper. This is likely to drop as market pressures come to bear and existing archives and repositories seek to provide a wider range of low cost services.

Where does this leave us? Not with a clear numerical value we can ascribe to this added value, but that’s always going to be a moving target. But we can get some sense of the bottom end of the range. It’s currently $1000 or greater at least in some disciplines, but is likely to go down. It’s also likely to diversify as new providers offer subsets of the services currently offered as one indivisible lump. At the top end both customers’ and service providers’ actions suggest they believe that the added value is less than what we currently pay and that it is only artificial controls over access to the non-value add versions that justify the current price. What we need is a better articulation of what is the real value that publishers add and an honest conversation about what we are prepared to pay for it.

This blog post was originally published on Cameron Neylon’s personal blog, Science in the Open. 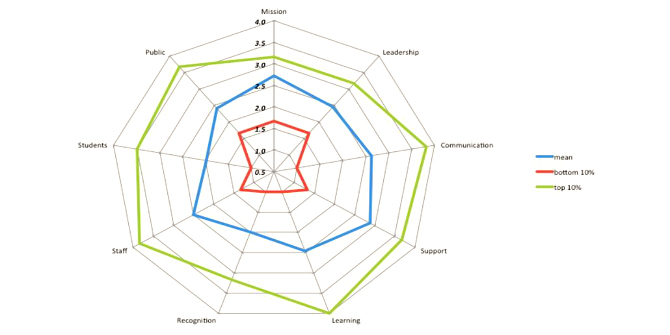 Event 24th May: The Impact Agenda – Making an Impact Seminar