Public engagement events tend to appeal to those already interested in science. Soapbox Science is an alternative approach to engagement that encourages spontaneous public participation. Co-organisers Seirian Sumner and Nathalie Pettorelli discuss the event taking place in London on the 5th July underlining the primary goals of increasing the visibility of women in science.

As summer finally sets in the UK, Soapbox Science is getting ready for its third edition on the Southbank. Soapbox Science is an annual festival of science with a difference. It transforms public areas in central London into arenas for learning and scientific debate. The idea is simple: the event aims to bring cutting-edge UK science to the public, in an accessible, fun, free and unintimidating way. No expensive exhibits, no ticket required, no powerpoint presentations: just a bunch of scientists, a couple of silly props, a dash of summer showers, lots of unsuspecting tourists and a few suspecting Londoners.

What’s fun with Soapbox Science is that, unlike other science events, a ‘Soapbox’ audience will not have necessarily planned to come and learn about science – rather, they happen across a bunch of world-class scientists as they stroll down London’s busy streets. The event is unique among science outreach ventures, in that it has the potential to inspire people who never normally get exposed to science. Moreover, it is accessible to anyone, irrespective of education or financial means.

Where are the shaggy beards among the speakers pictured, we hear you ask: since 2011, Soapbox Science has been used as a platform to showcase some of the most eminent female scientists in the UK at the height of discovery and innovation. The paucity of senior female scientists in Science, Technology, Engineering and Mathematics (STEM), especially at top position levels, is unacceptable in a progressive 21st Century world. It is indeed quite tragic that, despite the increasing popularity of STEM topics among female undergraduates and graduates, the proportion of female scientists in top positions remains low, with e.g. less than 15% of female professors in Biology, in the UK.

Many, non-exclusive, hypotheses have been put forth to account for this leaky pipe: lack of self-confidence, differences in family responsibilities, discrimination, and the nature of the academic culture are all factors that have been suggested to drive women out of science. But at the same time, many have underlined that a career in science is actually a pretty fine choice for women, whose personal commitments can for example often be accommodated by the highly flexible working environment and the large degree of autonomy that scientists enjoy.

So, where does the Soapbox Science fit in? We, as founders, are interested in promoting the passion, dedication and enthusiasm that animate those female scientists; in taking a very real and up-front approach to increasing the visibility of women in science; in celebrating gender diversity, and in raising awareness of the current gender gap in scientific disciplines. Soapbox Science simply delivers on all these objectives. Admittedly, our idea to use Soapbox Science to promote women in science comes very much from our hearts: we are both mid-career scientists who have witnessed for years the disappearance of our female peers; we believe that, faced with the current and future economic, societal and environmental challenges, our world cannot afford to lose any brainpower to gender inequality. Aside from global costs, we believe it is unfair that women should have to accept that they are battling against all odds if they want a career in science.

Our event provides a fantastic opportunity to showcase women that have managed to reach international recognition and top positions in their respective institutions. And our list of previous speakers is indeed prestigious: in 2011, for example, the current President of the British Ecological Society, Prof Georgina Mace (FRS), graced our Soapbox, while in 2012 Dame Professor Athene Donald (FRS) and Prof Lesley Yellowlees (FRS; first female president of the Royal Society of Chemistry) stepped onto their boxes. This year, our speakers include Prof. Hilary Lappin-Scott, who was the President of the Society for General Microbiology (SGM) from 2009-2012 and the first female President of the SGM for over 65 years. Our event also actively brings women of all career stages together through our speaker-buddying system, when early career volunteers have the chance to host a speaker.

But Soapbox Science is not just about the day itself; the event has become the foundation of a growing community actively seeking to address gender imbalance in STEM. This started with us producing a series of blogs and articles on women in science, and with our speakers writing blogs for some of the UK’s main broadsheet newspapers and contributing to online articles about science as a career. @SoapboxScience now counts over 800 followers, while the event possesses its own website. This year, the event has gathered support from renowned institutions including the British Ecological Society, Society of General Microbiology, Francis Crick Institute and the British Society for Antimicrobial Chemotherapy, demonstrating the gravitas that Soapbox Science has gained over the three past years.

So how can you be part of this? Please join us on the 5th of July, 12pm-3pm, The Southbank, (Gabriel’s Wharf), London, SE1 9PP. This year, the Soapbox Science speakers and their discussion topics will include:

You can’t make it? That’s ok; there are other ways you can engage with Soapbox Science. For example, you can follow us on twitter (@Soapboxscience) to keep up-to-date with our activities and future events. And why not apply to our next competition to become one of our speakers? We are always searching for new contributions for our blog: do you have an idea for an opinion piece relevant to issues linked to women in science to be published on our website? If so, drop us an email at contact@soapboxscience.org. We hope you can join us on the 5th of July, and we hope to hear from you!

Dr Seirian Sumner is a senior lecturer at the School of Biological Sciences, University of Bristol. Her research seeks to understand how biological complexity, primarily in the form of sociality, arises at the level of the genes and the interplay of genes, behaviour and the environment. You can follow her on twitter (@WaspWoman)

Dr Nathalie Pettorelli is a research fellow at the Institute of Zoology, Zoological Society of London. Her research focuses on helping predict the impacts of global environmental change on biodiversity using satellite-based information. You can follow her on twitter (@Pettorelli)

Talking to Honourable Members: advice for academics on giving evidence to Parliamentary committees 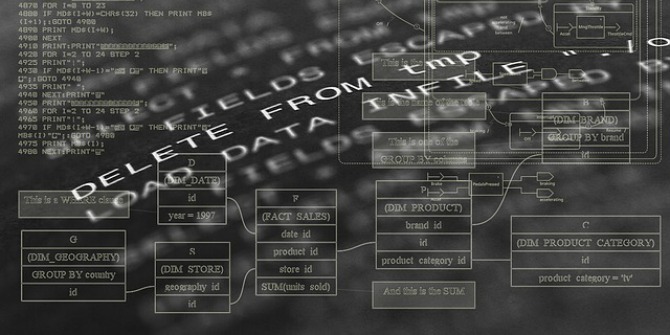 Why we need a hub for software in science: Research software developers deserve wider academic recognition.