Before his death in 1975, scientist and philosopher Conrad Hal Waddington wrote two popular science books on the complexity of the problems facing Earth. Brigitte Nerlich revisits these works and finds Waddington’s interdisciplinary approach to science communication still highly relevant today, particularly for people grappling with the limits of science for understanding and responding to issues such as climate change.

A few weeks ago I had to write a seminar talk about epigenetics in the media. In the course of investigating the historical background to that emerging discipline, I looked at Conrad Hal Waddington’s work on embryology and development and his creation of the metaphor ‘epigenetic landscape’. But this is not what this blog post is about.

I mentioned Waddington to my husband who said: ‘Ah. Waddington! He wrote the best book ever written’. The book he was referring to is Tools for Thought: How to understand and apply the latest scientific techniques of problem solving (1977). Apparently this little book made my husband think quite differently about the world and about his own research when he read it. So I thought that this would make, perhaps, a nice addition to a series of blog posts on ‘old books’, such as those by Bronowski (two posts), Ziman, Cromer and Wolpert (one post).

Conrad Hal Waddington “was a geneticist, biologist, paleontologist, embryologist and philosopher who coined the term ‘epigenetics’ and took a broad, interdisciplinary approach to the study of human ecology” (Centre for Human Ecology). He “also held significant interests in many different areas ranging from the visual arts and poetry to philosophy. Throughout his career, Waddington maintained that the arts were integral to science, and he continued to draw inspiration from the arts for his own work.” (The Embryo Project Encyclopedia). His interest in the arts can be directly experienced when reading Tools for Thought, as the book is illustrated with exquisite pen and ink drawings by Yolanda Sonnabend (1935-). These are now owned by Edinburgh University Library’s Special Collections. Here you can see a short slideshow of some of the drawings – have look!

Waddington was a renowned scientist but also what one would now perhaps call a ‘science communicator’. Amongst his popular science books were The Scientific Attitude (1941) (mentioned in this book by Frederick Grinnell with the same title but focusing more on scientists as people), The Ethical Animal (1960) and Behind Appearance: A study of the relations between painting and the natural sciences in this century (1969). His 1971-1973 Gifford Lectures dealt with the nature and development of mind. I’ll focus here on Tools for Thought (and I use the 1977 Paladin paperback edition).

Waddington died just after completing the revision of Tools for Thought and the book was published posthumously in 1977. Waddington intended it to be a popular guide to new ways of perceiving and thinking about the world and as providing tools for dealing with key ecological and political problems facing Earth (see p. ix). As Waddington says: “We need nowadays to be able to think not just about simple processes but about complex systems.” (xii) This is even more true 36 years later.

The book starts by explaining various philosophies that can be used to apprehend the world, with a focus on things, processes and values. They provide “different ways of interpreting chaos into sense” (p. 17). I found it particularly enlightening to read about ways in which philosophy might enable people to see through COWDUNG or the ‘Conventional Wisdom of the Dominant Group’. The book then explains step by step: complexity, complex shapes, the structure of complex systems, processes in complex systems (which tackles issues of growth and limits to growth and makes reference the Club or Rome report which had been published in 1972), feed-back in systems, stabilisation in complex systems (cybernetics, catastrophe theory and epigenetic landscapes), analysing systems (which contains sections on the scientific method and the limits of science), communication in systems (focusing in particular on information theory), handling systems (game theory, democratic practice, dealing with an unpredictably future). The book ends with two chapters that should be of interest to students of science and technology, namely technological forecasting, including technology assessment, and finally, a chapter on system modelling – the world as a system.

Limits to growth and limits of science

In the chapter on the stabilisation of systems and the chapter on the world as a system, Waddington returns to the Club of Rome report. He makes some remarks that should be read by people grappling with issues related to understanding climate change as a complex system (and the computer models that attempt to understand it). First, he points out that: “it is often possible, if one knows sufficient about a system, to calculate what its end-state will be, but it is very much more difficult to get any precise picture of the changes that will go on as its gets there” (p. 103). He then goes on to warn readers about some ‘snags’, namely: “Even if we have got reliable figures for the present measurements of the components into which the system is analysed, we usually have only quite unreliable estimates for the strength of their interactions. And we usually have almost no notion of how these strengths of interactions are going to change as the system itself changes. In such circumstances it is quite unsafe to accept the results of the computer calculations as anything like reliable predictions of what the system will in fact do. The best we can really hope for is that the computer will illustrate types of behaviour which we had not intuitively thought of as being likely.” (pp. 103-104)

In the last chapter of the book he says more forcefully: “The behaviour of complex systems is often what the MIT team [behind the Club of Rome report] call ‘counter-intuitive’ – the damn thing just does not do what it should do.” (p. 228)

Climate scientists and systems analysts are very much aware of these issues and have been for a long time, but they are easily forgotten in the hustle and bustle of climate change debates. Some of those debating climate change as a ‘wicked problem‘ might want to dip into Waddington’s book again to find some tools for thought. Waddington talks about population growth, food and pollution but not yet about global warming or climate change. However, he certainly understood the difficulties inherent in trying to understand “a complex of complexes” (p. 233), of which climate change is only one part.

Waddington left a manuscript for another unpublished book as a sequel to Tools for Thought. This was published in 1978 with a foreword by the anthropologist Margaret Mead. It is entitled The Man-Made Future. This book too deserves to be read again, as we are increasingly being told that we live in a man-made world (which is no longer the future, but the present), dominated by man-made global warming. Interestingly, in 1972 Waddington founded the Centre for Human Ecology at the University of Edinburgh and this centre was originally called the School of the Man-Made Future.

I won’t even try to summarise this book. I just want to quote a short overview from the introduction to the book that encapsulates what it’s all about.

Whatever the future will be, it will have been made by Man. The great problem the world-wide species is facing is essentially and inescapably complex. It is made up of a series of major world problems — of population, food supplies, energy, natural resources, pollution, the conditions of cities, and others — and they are inextricably interconnected, so that no one of them can be properly dealt with in isolation. Taken together, they constitute not just a problem, but what has been called a Problematique — a multi-problem. […] Anyone who wishes to take a responsible attitude to the affairs of mankind, or, on a more pragmatic level, would like to feel some competence to deal with the problems that are likely to come his way during his lifetime, will have to acquire at least an inkling of understanding about all of the major problems and about how they interact with one another to produce the Problematique. Expertise in one or other field may be the way to earn a living; it will not be enough by which to navigate over the rough seas ahead.

We still need tools for thought to navigate over the rough seas ahead, perhaps more than ever before; so it might be a good idea to rediscover some of them and use them wisely.

Directly or indirectly this post links to some of the projects being carried out under the ‘Making Science public’ umbrella, which deal with topics such as food security, novel food technologies and deliberative technology assessment, responsible innovation, climate change, migration, science/politics boundaries and so on.

This post is also linked to our ESRC project on climate change as a complex social issue.

This originally appeared on the Making Science Public blog and is reposted with the author’s permission.

Professor Brigitte Nerlich works at the Institute for Science and Society (School of Sociology and Social Policy), at the University of Nottingham. Her early work was in linguistics (semantics, pragmatics). Her current work focuses on the role of metaphor and other framing devices in scientific and political controversies. She leads an ESRC funded project on  climate change and a Leverhulme funded research programme on science and politics. She tweets mainly on issues related to science communication and writes blogs related to the problems of ‘Making Science Public’. 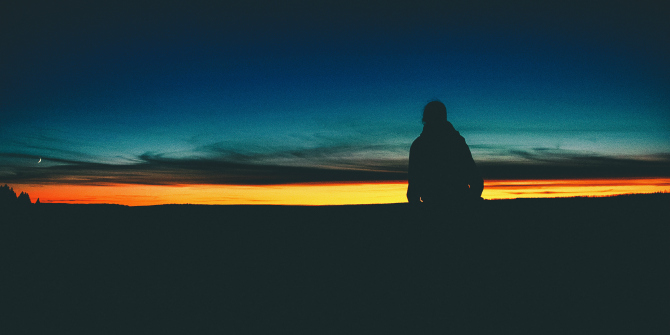