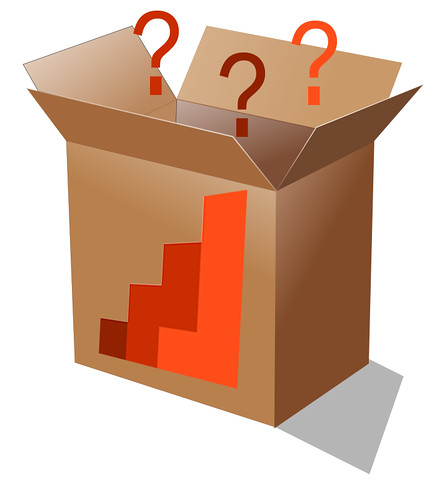 The high-profile launch of Nate Silver’s new FiveThirtyEight site (manifesto here), along with similar journalistic ventures like Vox Media, and The Upshot, provide the background for this week’s top recommended read by economist Allison Schrager. The problem with data journalism (Quartz), imparts some much needed wisdom and ethical consideration in the face of great hype:

Nearly all researchers and data-oriented journalists would never intentionally mislead their audience. As flawed as it is, data is a powerful tool; it is the best way to understand the economy. On net, I think data journalism is a positive innovation. But any innovation can outpace our existing infrastructure and cause harm. We can minimize that possibility by understanding data’s limitations and how to use it responsibly. I propose we keep data analysis simple, clean, and transparent. And even then we should exercise humility and not take our results too literally. [read more]

How to be the grad student your advisor brags about by Stacy Konkiel at ImpactStory lists four simple steps to being a brag-worthy researcher, from increasing your work’s visibility to tracking your work online. Similarly, it is welcome news to hear Mozilla Science Lab, GitHub and Figshare team up to fix the citation of code in academia with a write-up by Nick Summers at The Next Web:

The trio have developed a system so researchers can easily sync their GitHub releases with a Figshare account. It creates a Digital Object Identifier (DOI) automatically, which can then be referenced and checked by other people…The advantages over simply linking to GitHub are twofold. For one, the DOI points to the synced release on Figshare, so the data won’t be affected if the original GitHub repository is updated. The page on GitHub is still accessible for anyone who wants to review the project’s development, but this approach ensures the code referenced in a paper can be easily reviewed. [read more]

Also see the piece by Mozilla Science Lab’s Kaitlin Thaney on Code as a research object: updates, prototypes, next steps.

Arturo Casadevall and Ferric C. Fang present their findings on Causes for the Persistence of Impact Factor Mania in the recent issue of mBio. The comprehensive piece outlines the many problems caused by the impact factor in the scientific process and also clarifies what scientists can do to break with this destructive behaviour.

The major factor underlying impact factor mania is the disproportionate benefit to those few scientists who succeed in placing their work in highly selective journals, and that knowledge forces most, if not all, scientists to participate. In keeping with the current winner-takes-all economics of science (57), impact factor mania benefits a few, creates many losers, and distorts the process of science, yet can be understood as rational behavior by individual scientists because of the large rewards accrued by those who succeed. In 1968, Garrett Hardin authored an essay where he used the phrase “tragedy of the commons” to describe in economic terms a situation in which individuals carry out behavior that is rational and in their self-interest but detrimental to the community (58). In this regard, impact factor mania exemplifies a tragedy of the commons in the midst of the scientific enterprise. Impact factor mania will continue until the scientific community makes a concerted effort to break this destructive behavior. [read more]

What If All The Images Went Away by Glendon Mellow at Scientific American calls on the science communication community to recognise the contribution of photographers and the importance of attribution to images and also provides an illuminating example of what popular science blogs would look like without the images that strengthen the content.

Care about the future of science? Be visible. Scientists need to go beyond sharing science. We need to share our stories. by Mónica Feliú-Mójer in A Candle in the Dark:

Young people’s perception of scientists and their ability to envision a successful scientific future depends on their access to diverse representations of scientists. Yet most students have never met a scientist or have a stereotyped perception of what scientists look like and do.