In recent years, the Impact Blog has hosted a wide-ranging conversation about Open Access publishing. The posts have included discussions about the true cost of [Gold] OA, the benefits that a Green OA mandate could bring to the academic publishing model, the possibility of funding the costs of transitioning to OA by canceling journal subscriptions, and the academic and societal benefits of open academic data, just to name a few. What the majority of the posts have in common is that they focus on the macro-level effects of OA publishing. These are important discussions, and ones that help the field to evolve both in terms of research and practice. However, if one wants social scientists to adopt an Open Access model, it is also important to discuss the micro-level/personal benefits of OA.  In this post, we focus on the benefits of Green OA to individual social scientists.

We focus on Green OA for two micro-level reasons: perception and cost.  First there is anecdotal and empirical evidence that authors are skeptical about the quality of OA articles. Anecdotally, when we first began researching OA citation effects in political science several political scientists asked why we were bothering to study OA in the discipline given that OA articles are poorly peer reviewed or are not peer reviewed at all.  Empirically, Xia (2010) finds that while scholars (across all fields) do see some advantages to OA publishing, they also tend to view OA publishing as low-prestige, low quality, and/or potentially harmful to their careers. The negative perception seems to stem from concerns that OA is pay-to-play publishing which leads to lower standards. These concerns indicate that there is a clear lack of understanding about the differences between Green and Gold OA; however, the nature of the concerns indicates that Green OA would be the more palatable OA option.

Second, in the United States the social sciences receive far less funding than do the physical sciences.  For example, the National Science Foundation’s Science and Engineering Indicators, 2014 indicates that in 2012, the total amount of federal research and development spending on Chemistry was nearly fifteen times the total spent on Political Science. More generally, federal agencies spent about eight times more on the Physical Sciences (Astronomy, Chemistry, and Physics) than on the Social Sciences (Economics, Political Science, and Sociology).   To be clear: we are not arguing that the Social Sciences should be receiving the same level of funding as the Physical Sciences. We are arguing, however, that the low level of research funding in the US is likely to have a direct and negative effect on social scientists’ ability to pay the article processing charges associated with the most common Gold OA business model.  Thus, Green OA is not simply the more palatable option; it is also the more practical option for American Social Scientists.

Conventional wisdom would indicate that when an article is freely available, it should be cited more frequently. However, Xia’s research indicates that academics decide against OA based in part on the perception that OA results in lower citation counts. Our research indicates that the opposite is true.  Self-archived/Green OA articles, regardless of format, receive significantly higher citation counts than do non-OA articles from the same editions of the same major political science journals. This echoes results from studies that include social science disciplines in the analysis (e.g. Antleman, 2004), and from studies that focus on a single social science discipline (e.g. Xia and Nakanishi, 2012). If all of these results are accurate, motivating social scientists to make their research Green OA should be a snap, right? Unfortunately, there are at least two main obstacles to an easy transition. Obstacle one was explicated earlier: researchers do not have an accurate picture of what Green OA actually is.  Thus, the first step must be to ensure that people understand not just the benefits of Green OA, but the difference between Green and Gold OA.

Obstacle two is that in addition to finding that OA has a significant citation advantage for Political Science, we also found that many articles which could have been made OA under the terms of the copyright agreement were never self-archived.  Conversely, we noted that many of the OA articles in our sample had been self-archived in violation of the terms of the copyright agreement. From our admittedly limited discussions with political scientists, we believe that this reflects a lack of understanding of the agreement rather than willful disregard of the publishers’ self-archiving policies. The second step towards more widespread adoption of Green OA must therefore include at least a small amount of education on copyright agreements and self-archiving.  For researchers who wish to educate themselves on self-archiving, Carling has written a very helpful primer on the subject.

For those who have no interest in learning the ins-and-outs of self-archiving, there is good news: most US institutions have an in-house expert to assist with navigating the technical aspects of copyright agreement.  This expert is often housed in Library Services and/or associated with the institution’s research repository, which is often the researchers’ easiest option for self-archiving. While this is information that is common knowledge to people who are interested in OA, we feel safe in saying that it is not necessarily common knowledge to the average American social scientist.   On a related note, many researchers are unaware of their institution’s research repository or are unsure of the process of getting their materials uploaded to the repository. Consequently the third step to transitioning authors to Green OA is internal outreach to explain what the institutional repository is and how to get research added to it.

One final thought is that the problems that we have noted here are most easily solved by academic institutions, and many are in the process of solving them. This indicates to us that higher education administrators see both the micro-level benefits and the mid-level/institutional benefits of Green OA – namely that it raises the institution’s research profile, which also helps to attract students and recruit new faculty. Administrators and librarians seem to already view the institutional repository as “essential infrastructure”; the challenge will be to convince reluctant researchers to contribute.

Amy Atchison is assistant professor of political science and international relations at Valparaiso University.  Her work has appeared in PS: Political Science and Politics, Politics & Gender, and Poverty & Public Policy.

Jonathan Bull is assistant professor of library services and scholarly communication services librarian at the Christopher Center for Library and Information Resources at Valparaiso University. He also is the primary administrator of ValpoScholar, Valpo’s institutional repository and helps to educate Valpo’s faculty, staff, and students on Open Access, Authors’ Rights, and other issues related to copyright and scholarly publishing. 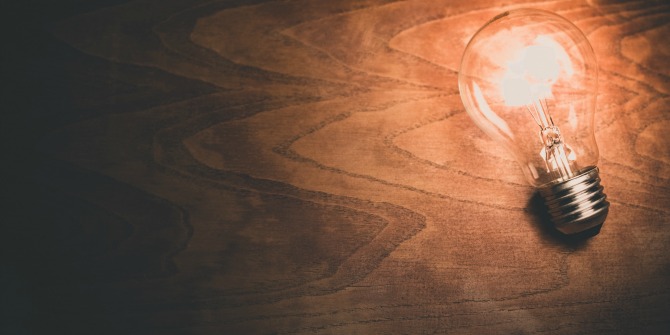 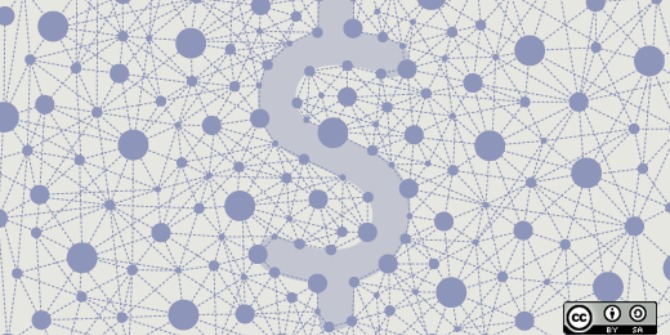