If universities are to thrive, evaluation criteria must capture and recognise exemplary contributions. To discontinue the legacy of poor indicators, Athene Donald calls for the focus on quality to be in more fundamental ways. For example, the mobility of an individual to accept overseas posts and attend international conferences has been frequently used as a proxy for excellence. Moving around within one institution, let alone within one city or country, may be quite sufficient to give breadth. The academic community must look to reward behaviours that should be rewarded and not simply ones that seemed appropriate some decades ago.

A year ago Cambridge University launched its book The Meaning of Success and published a letter calling on the HE community to consider what the sector values and should be promoting, figuratively and, when it comes to people, literally. This dialogue I hope has been continuing during the year in universities around the country. In Cambridge to celebrate the Anniversary of the book’s publication and associated with International Women’s Day, we hosted a meeting on ‘Delivering Equality: Women and Success’ on Monday to continue the conversation. Some of us, including Barbara Stocking and myself, will also be taking the debate to New York later in the month. We cannot afford to reward the wrong kinds of skills and behaviour if universities are to thrive, but maybe that is in fact what by default we often find ourselves doing.

This topic also closely relates to what the HEFCE metrics group is doing, exploring the extent to which pure metrics can and should be used in evaluations, of any sort. Their report will make for interesting reading but it is hard to think, from the workshops that have been held, that they will come out in favour of the use of metrics to the exclusion of anything else – be it in the REF or as regards more local decisions – or at least not without a lot of nuancing required. Metrics are relatively easy to determine, but we need to be sure we don’t end up valuing the wrong sorts of things. And does this particularly damage women’s career prospects?

One very concrete way of looking at this issue ties in with the question of mobility that many commenters raised on my last post. If one measure of success being used is whether someone has moved between institutions, possibly even between continents, then does this systematically disadvantage certain people (one suspects more often women) who, for whatever reason, are less mobile? Is this a measure that actually measures something useful, or is it just a historical accident? In this specific case I feel the answer lies somewhere in between, again as was pointed out in one of the comments, because one does not want to hire/promote people who have stayed literally in the same place working with the same people and who may even still be under the influence of their initial supervisor. But moving around within one institution, let alone within one city or country, may be quite sufficient to give breadth without requiring a transatlantic uprooting. 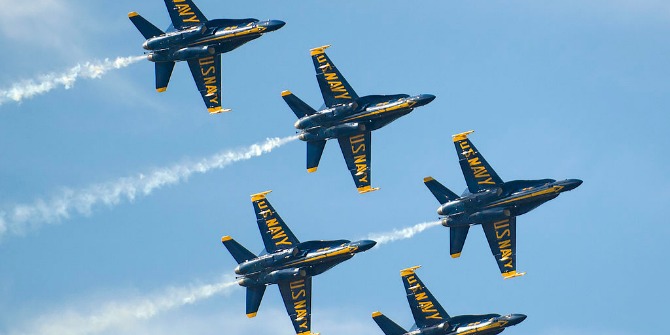 This issue of mobility also underlies another figure of merit I have frequently seen used, particularly at promotion panels, that of international conference presentations. Again, many people for many different but perfectly understandable reasons including health issues and caring responsibilities, may not want to jet set round the world. If so, one has to ask whether their failure to do so provides any objective measure of brilliance (or otherwise). The answer has to be of course not; only failure to receive the invitations themselves could be used in that way. In Cambridge we do make it possible for applicants to state this quite explicitly and this option is used appropriately by many (and most certainly including many men), spelling out that they received a list of major invitations but felt they had to decline them. Referees too could help by giving information on this, a point brought home to me by a reference I read very recently which spelled out

I thought this was a neat way of saying ‘this is a good guy who chooses not to divert his energies into conference presentations’. You can’t get away with this sort of behaviour indefinitely, but a few years of doing so around critical family stages should be entirely consistent with a successful career. So, for all involved in decision-making (applicants, referees and panels) let’s get away from ‘airmiles as a proxy for excellence’ as I once heard it described, and focus on quality in a more fundamental way.

In the Meaning of Success book, though, there were many additional attributes raised which need debate. This includes issues about how a research group is run – do we ever ask the students if they feel they are bench monkeys or, alternatively valued members of a thriving community? Has anyone tried 360o appraisals of staff to see if they are sadistic bastards or people who love to nurture talent? In the Meaning of Success book the message came across loud and clear from many of the interviewed women that they valued looking after their teams and seeing them develop into successful independent researchers more than simply publishing in a high impact journal if that required trampling on others (for instance by not giving credit where credit is due). What value does any current system of ‘judging’ place on developing teams? In industry such evaluation would be much more common.

Furthermore, do we recognize and reward good citizenry or do we only take note of the size of someone’s grant income, grants that perhaps only get written because the PI has managed to avoid sitting on departmental committees or taking on a heavy teaching load? And in a department’s (or other institution’s) laudable enthusiasm to try to get a better gender balance on committees, are women put in an impossible position of taking on excessive workload of a type that does not personally benefit their career prospects? I suspect that many organisations would, if answering honestly, say yes to both those. One needs to find appropriate local solutions that mean that behaviours that are rewarded are the ones that should be rewarded and not simply ones that seemed appropriate some decades ago when the world looked very different.

I don’t have answers to what should be done, I only know that what is being done is too often based on years of precedent rather than a well-argued set of criteria. Hence the need for dialogue and discussion across the sector to try to tease out what modifications we could introduce without destroying what we genuinely do value. We need to be sure the work of a university is not impeded by making bad choices in what we reward, and we need to recognize that not everyone sees life in the same way. The Meaning of Success book was a first step in acknowledging the problem but without identifying appropriate alternatives to our current systems we will not be much further on.

This originally appeared on the author’s personal blog and is reposted with permission.