Modern science is about teams and the EU is a great team needed to take on our 21st century challenges. Here Mike Galsworthy considers the potential consequences that the UK leaving the EU would have on scientific funding and innovation. The EU science funding structure currently enables UK labs to build on the work of diverse and talented multinational science teams.

In the debate about our membership of the EU, we should recognise that UK science is a huge economic and cultural force that carries one of the strongest arguments we have for staying in.

Why should we care about science?

The economy, stupid… and more. The global financial crisis taught us that over-dependence on banking and financial services is a recipe for economic misery. Diversification away from finance is needed for a stable and competitive future. The promise of science lies in its proven capacity to drive economies out of tight spots, as in the well-documented cases of Finland and Korea. America also, despite its “small government” rhetoric, has driven its tech industry to huge success by allocating public funds for innovation. There is ample data showing that the return on investment for research and innovation is substantial. Strong science creates well-paid, high-growth jobs. This investment can be targeted at solving the energy, health and environment problems that we need to crack for a sustainable future. So it’s not just about economic growth, it’s about the type of society, economy and environment we want to live in.

What does that have to do with the EU?

The supposed “bureaucrats” of the EU actually ‘get’ science. Whereas the UK’s science budget has stagnated over many years, shrinking our real terms investment down to the bottom of the G8, the EU has ramped up its science spend. Of all the money we pay into the EU, the proportion that goes into the research and innovation pot has shot up. In 2014, despite a reduced overall budget, the EU ramped up its science spend by 30% to develop a new seven-year research & innovation programme, called “Horizon 2020”, funded to the tune of €80 billion. The program supports researcher mobility, multinational collaborative projects, academia-business interaction and a lot of small innovative businesses.

We can compare this to the US where the top political layer is increasingly resistant to scientific evidence and public science investment is stagnating. Recently, the US Senate voted 50-49 to say that climate change is not man-made, for example. The popular American physicist Neil DeGrasse Tyson has given lectures showing the US losing out to Asia and Western Europe in science growth. We, in the UK, are part of that envied growth – not because of our own government, but because of increasing investment at the EU level.

Can’t we pull those funds and fund ourselves?

The UK is a net contributor to the EU. You may have heard some scientists mistakenly say that we get out more science money than we put in. This is because we win more competitive grants from the science sub-pot than our “fair share” based on GDP or population. However, in the bigger scheme of things we are still net contributors to the main pot. So why not just pull out all our funds and give UK scientists the same amount and more? Why go through the EU middleman?

Well, we could, but it wouldn’t be easy. If we pulled funds, how would a British lab work with a top Dutch lab? We would either pay for the joint work from UK funds exclusively, or get the Dutch to match our funds from their government. Now let’s say we wanted an Italian lab, a German research centre and a Spanish small business on board. Can you imagine everyone trying to get their own governments to fund-match? – getting the right amount of finance, from philosophically-similar funding streams, and then match-up everyone’s timelines?

That amount of bureaucracy is enough to make your head spin. The EU model requires that all governments put money in the pot – and then the UK-Dutch-German-Spanish-Italian team can self-organise and put in a proposal. It works very well and the EU is now a vast and impressive research network, producing 20% more science output than the US according to World Bank data.

So the EU science funding structure lets UK labs work with the kind of multinational science teams needed to take on our 21st century challenges. We get value for money. Our investment in the EU goes a long, long way.

Why can’t we follow the Switzerland, Norway, Israel model?

You may know that some non-EU countries, like Switzerland, Norway, Iceland and Israel participate in the EU science scheme in the same way the EU countries do. They contribute money and so “buy in” from the outside, allowing them to play the same game without being ‘shackled’ to the EU political structure. We could just do that, right? We could pull out of the political union while UK researchers continue to collaborate across borders. 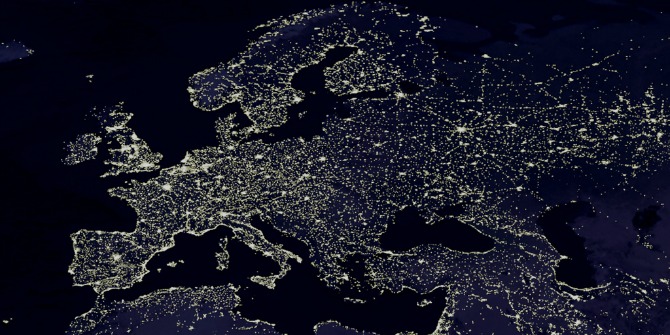 Image credit: The Night Lights of Europe by woodleywonderworks (Flickr) CC BY

Well, we could – but there are significant dangers. Firstly, it’s not that easy if you’re thinking about restricting immigration. The EU’s science programme is based on the free movement of people. In February 2014, Switzerland had a referendum on tightening immigration laws. The EU refused to sign the science partnership contract with Switzerland until it saw the results of the referendum. The Swiss populace voted by less than one percent to have quotas on immigrants and preferentially allow jobs to Swiss people over foreigners.

The EU responded according to the ethos of free movement and fair multilateral competition, demoting the Swiss to ‘third country’ status. This meant that Switzerland could not coordinate EU projects, compete for mobility grants, compete for prestigious European Research Council (ERC) grants, or gain access to small business grants. They were also cut out of the Erasmus scheme which exchanges large numbers of students and supports cooperation projects. The Swiss forked out huge amounts to make a Swiss parallel to the ERC grants and to fund their own Erasmus students (paying double, as they paid for both students coming out and those going in). The Swiss negotiated a temporary re-entry on parts of the science programme. But that is up for review in 2016. In short, Swiss science was screwed and it is a clear precedent for us in the UK. Sure we can become an ‘Associated Country’, but isn’t restricting immigration half the argument for a Brexit? If Britain votes “no”, the government would find itself under pressure to restrict immigration. That spells a major problem for UK science. This is before we even consider the impact of Britain losing its ability to shape the EU science programme.

Science is a team game

Modern science is about teams – and the EU is a great team. The European Commission has set up a truly inspirational science programme based on “excellent science”, “industrial leadership” and confronting “societal challenges” – a clear, bold vision moving us towards a better future. Their vision matches ours. The ethos of fair competition and freedom of movement runs right the way through UK labs. Want to see some examples? Look up the recent “science is diverse” (#scidiverse) hashtag on Twitter. The EU is the world’s largest scientific engine and rising – and we are currently in the driving seat. The UK is leading world-class multinational science teams, setting international science policy, and is buoyed by rising research investment – all thanks to the EU. Remind me again why we are meant to be better off outside this remarkable institution?

This piece originally appeared on the BritishInfluence.org site and is reposted with the author’s permission.

Dr Mike Galsworthy, Programme Director of Scientists for EU, is an independent consultant in research and innovation policy and a visiting researcher at London School of Hygiene & Tropical Medicine (LSHTM). Previous to that he worked at UCL & the Royal College of Anaesthetists. Mike has researched the EU funding programmes since 2009. He has written many invited pieces and given public and academic talks on research policy. His commentary on EU research has been cited in UK Government and House of Lords documents, and has been vocal on why the UK should stay in the EU for science since 2013. 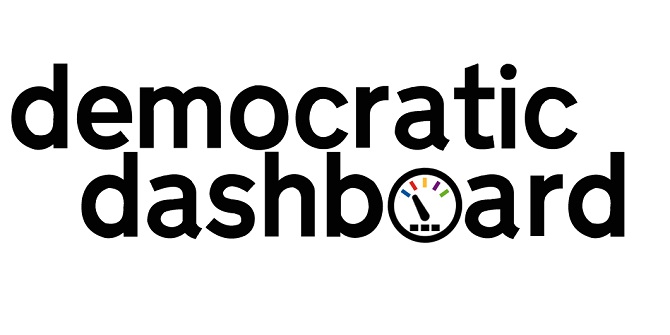