Ruth Müller draws attention to the social and epistemic effects of a culture of speed in academia. Her research looks at how this wider culture has produced in particular two modes of being and relating for researchers: anticipatory acceleration and latent individualization. These modes could have significant effects on the type of research questions explored and on scientific networks of collaboration. To whose benefit is it that we are racing?

In contemporary research cultures, as in industrialized societies in general, it often goes unquestioned that fast is always better. Alas, who could object to more knowledge in a shorter period of time? Narratives about science’s indispensable role in society are often narratives about urgent necessity: we need to understand more in order to cure, prevent, construct, excel, survive.

Particularly today, as ever more pressing global challenges such as climate change, rapid loss of ecological diversity and an economic downturn seem to demand instantaneous response, swift scientific progress is often portrayed as the only possible answer. Prime examples for this rhetoric include e.g. contemporary European Union science policy documents such as Horizon 2020. Yet, at the same time, some voices in academia are questioning whether more speed in research will actually help us to get where we want to be going.

Academia, they argue, is already dominated by a culture of speed that would produce growing heaps of publications, but would also marginalize time for slow creative thought and reflection. The proponents of “slow science” worry that science operating under the conditions of constant acceleration might move fast, but rather headlessly and hence not necessarily towards the right goals. “Bear with us, while we think,” the authors of The Slow Science Manifesto (2010) urge their audience, emphasizing the necessity of slow and thorough thought about goals, means and processes for the beneficial advance of science. 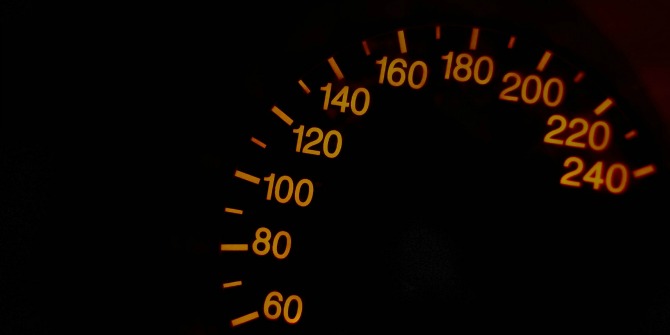 My interest in slow science is academic and personal. It builds on my research about how career structures and working conditions in academia affect the knowledge production practices of scientists in the life sciences. I first started experimenting with the term “slow science” in 2010, in conversations with Jenny Reardon, Jake Metcalf, and Martha Kenney at the Science & Justice Research Centre, UC Santa Cruz. While the term seems to have emerged rather simultaneously in different national and intellectual contexts around that time (McCabe, 2012), in our context we remember it being coined, rather playfully and casually in conversation, by feminist science studies scholar Donna Haraway, as a possible antidote to the frenzy of speed in contemporary academia. While the term slow science can embrace many things, which is both a strength and a weakness, in the context of my work it serves as shorthand for imaginaries about a counter culture to the current fast-paced, metric-oriented research worlds I encountered in my research. These cultures appear to worship and reward competition, mobility, individualism and speed above all else; that exhibit, as Barbara Adam put it, “speed fetishism” (2003, p.101).

In the context of contemporary academic audit cultures (Power, 1997; Strathern, 2000) accelerated pace of academic work refers to an increase of countable academic output per predefined unit of time, e.g. per year, such as data produced, articles written, volumes edited, grant proposals submitted, lectures given, students passed, etc. While quality of output is certainly still an important issue in contemporary universities, the question of quantity, of “How much countable output per unit of time?” is becoming an increasingly important assessment criterion, particularly in processes such as hiring or promotion of scholars.

In my work, I have looked at the effects of this focus on increasing the pace of academic activities on the work practices of aspiring life scientists, particularly postdoc researchers. I reconstruct two particular modes of being in light of the output per time paradigm that have come to matter significantly: Anticipatory Acceleration and Latent Individualization. These temporal orientations echo broader modes of sociality that characterize contemporary societies, such as anticipation (Adams, Murphy & Clarke 2009), acceleration (Rosa 2003, 2005) and individualization (Beck and Beck-Gernsheim 2002). They further deeply affect the social and epistemic process of academic work. While this analysis is based on qualitative research in the life sciences, I consider the insights valuable for other fields of academia, too.

Aspiring life science researchers often work in mode of anticipatory acceleration. Researchers accelerate their working practices not primarily because of concrete and time-limited time pressures (e.g. a person somewhere else in the world working on exactly the same topic; a specific deadline), but habitually and because of a profound anticipatory orientation that suggests that however much they are currently doing might not be enough and can still be optimized. Anticipatory acceleration of this kind tends to privilege research questions and approaches that are predictable in terms of their outcomes, or requires highly elaborate and exhaustive individual risk management strategies to engage projects bearing more epistemic uncertainty, and hence more potential for novelty. Anticipatory acceleration aims to make the future more controllable and to improve one’s position in intense and threatening competition. Yet efforts to overcome fear by increasing investment often fail (BRÖCKLING 2007). Instead, long working hours and high personal stakes often lead to narrow perspectives on the future and a “vicious cycle” of emotional dependency on and investment in academic success.

A second connected mode I find prevalent in life science research is latent individualization.  This term tries to capture how – under the condition of high international mobility, metric-based competition and respectively anticipatory acceleration – aspiring researchers’ decision-making practices within their current institutions and groups are also almost always crucially shaped by considerations for a future self that is no longer part of these collective contexts. Latent describes the state of something that is not there yet, but is still, as a probable future, acting upon the present. In this case, it is researchers’ future selves, who will have to prevail on the international academic labor market on their own, that become crucial reference points for researchers’ actions and decisions in the present.

This orientation towards their individual futures guides how researchers – particularly during the challenging postdoc period – relate to their institutions, research groups and colleagues. Despite the existence of and desire for emotional bonds, such as friendships and loyalty, these networks are also and often foremost resources for their future scholarly survival. A research lab is only a good space to be in as long as it allows for ample and high quality results to be produced in a short period of time. A collaboration is only then desirable if it warrants publications of high impact or number in the next year or two.  Supervising a student is only then advisable if chances are that the practice of advising will also produce co-authorships on the student’s papers. The needs of the latent future self are decisively governing the present and often tend to render social relations to individuals, groups and institutions instrumental and tentative.

What this Culture of Speed Means for Academia

In characterizing how accelerated pace affects mode of being and relating in academia, I want to draw attention to the effects of a culture of speed. If researchers need to pass an increasing number of check-points at which they are assessed based on their productivity per time unit, researchers will develop habits that allow them to accommodate these demands. Extrapolating from my research, this might mean a reduction of the complexity of research problems addressed and a focus on meeting the outlined criteria of performance rather than on originality; it might also include an exhaustive focus on individual achievement and tendency towards the instrumentalization of others. The first could be a threat to academic inventiveness (Osborne, 2003; Vostal, 2014); the second to the social cohesion, collegiality and knowledge exchange in academic institutions. It also might lead to a loss of meaning and rising frustrations among researchers. This is already palpable. Many researchers enter science with a deep fascination for exploration and knowledge and a desire to contribute to the greater good. Faced with the metric-based acceleration culture of contemporary academia many ask themselves: Cui boni currismus? —To whose benefit is it that we are racing? Is it primarily to our own, in terms of our careers? To that of science? The economy? The public good? Answers to these questions and their alternatives can of course only form tentatively, and will possibly bristle with cynicism at first. Yet, this just shows that it is time to pose the question.

This blogpost is based on the following article Müller, Ruth (2014): Racing for What? Anticipation and Acceleration in the Work and Career Practices of Academic Life Science Postdocs [43 paragraphs]. Forum Qualitative Sozialforschung / Forum: Qualitative Social Research, 15(3), Art. 15.

Ruth Müller is Assistant Professor of Science & Technology Policy at the Munich Center for Technology in Society (MCTS) at the TU München. She is a researcher in the interdisciplinary field of Science & Technology Studies (STS), with a background in molecular biology (MSc) and sociology (PhD). In her research interests include studying the interactions between science policy, institutional norms and values and academic knowledge production; academic career development; and the sociology and epistemology of the life sciences and biomedicine. 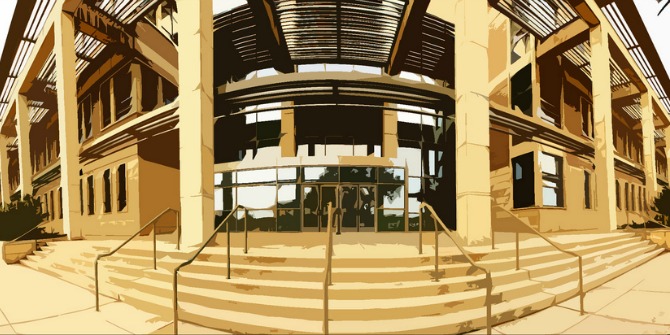