Following the selection of ‘post-truth’ as the Oxford Dictionaries Word of the Year 2016, Ruth Dixon takes inspiration from artist Grayson Perry’s plea that academics should cultivate greater emotional understanding of those with whom they disagree. It’s time for political scientists to question, with some humility, their own ‘deficit model’ of the public understanding of politics.

In November, I attended the Political Studies Association’s annual awards ceremony. I was there to receive the W.J.M. Mackenzie book prize with my co-author, Christopher Hood. The final award of the evening was presented to Grayson Perry, for his contribution to the arts and culture.

Grayson Perry’s acceptance speech was remarkable, pointing out to the assembled politicians, journalists, pundits, and academics that for all their intellectual knowledge, they may be missing something important (the following extract is transcribed with minor edits from BBC iPlayer, starting at about 27 minutes):

“I think the word ‘truth’ is interesting. Because we’ve often talked about truth in terms of academic truth, statistical truth, empirical truth, scientific truth, but we talk very little about emotional truth. And I think that one thing that all of the experts here need to zhoosh up a bit is their emotional literacy. The liberal academic elite have let us down because they are not emotionally literate enough to really understand what fifty-two per cent of the population were thinking, or feeling, should I say.

“There’s a whole world out there that we need to have more empathy with, even if we don’t like the results those kinds of feelings bring about. But I thank you for this award from the experts – and I hope that next year you are giving an award for ‘most empathetic’ politician of the year.”

Grayson Perry’s plea for empathy struck a chord with me. Terms such as ‘authoritarian populism’ and ‘post-truth’ are often used by academics and commentators to belittle those with whom the author disagrees. It is all too easy to raise a laugh in a seminar by saying something that disparages Brexiters or Trump voters. Although I voted Remain, I feel very uncomfortable when such partisan attitudes are displayed by publicly-funded academics particularly when the targets of their derision are (directly or indirectly) among the subjects of their research.

Some academics have taken a more thoughtful approach. Bo Rothstein and Lennart Levi suggest that teaching ethics should be a priority for universities in order to improve the behaviour of university-educated elites. And Will Jennings and Martin Lodge argue that political scientists should seek a much deeper engagement with society to protect the “foundations of liberal democracy”. While these approaches have much to recommend them, these articles give a somewhat de haut en bas impression that, if only academics communicated certain ‘truths’ better, public attitudes and policymakers’ behaviour would change accordingly.

While I have not seen the phrase ‘deficit model’ applied to public understanding of politics, there is of course plenty of relevant research. For example, greater factual knowledge about the EU does not correlate with positive feelings about it. And Bo Rothstein’s own research shows that ethical concepts such as corruption are understood in very similar ways across different cultures (the differences in levels of corruption are attributed not “to different moral understandings of the problem of corruption but to how different societies come to understand and value the difference between public and private goods and also what most people expect that most other people in their society will do when faced with opportunities for bribery.”)

Academics are able to make their opinions widely known via social and traditional media – their ready access to such platforms shows that they are indeed part of the ‘elite.’ They should be aware of the unintended impacts that their remarks – and even their tweets and retweets – can have; alienating the very people whom they wish to influence, and making deeper engagement and mutual learning difficult or impossible.

Ruth Dixon is a part-time researcher at the Blavatnik School of Government and an associate member of the Department of Politics and International Relations, University of Oxford. She is on Twitter @ruth_dixon. 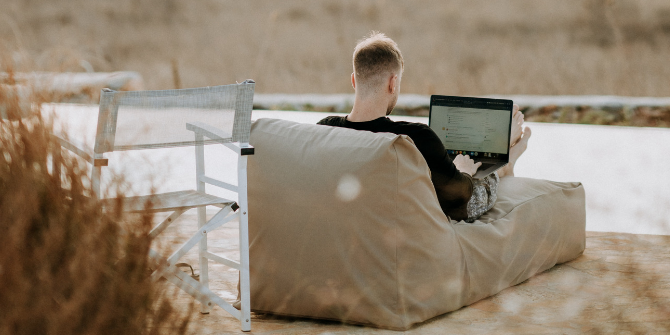