Continuing what is by now an established Impact Blog tradition, editor Kieran Booluck looks back at all that’s published over the last twelve months and shares a selection of the year’s top posts.

It’s been another record-breaking year at the Impact Blog! Last year was the first time we recorded in excess of one million pageviews in a single year, finishing 2015 with a total of 1,190,907. We’re happy to announce that not only has the Impact Blog once again hit the one million mark but at the time of writing a grand total of 1,199,651 pageviews have been recorded!

This is most obviously a testament to the outstanding work of our large family of contributors and after reviewing all that has published over the last 12 months we’re happy to present a list of the top posts from 2016. The dozen posts featured here have been selected based on Google Analytics data and cover a wide range of the Impact Blog’s various topics and themes. Next week we’ll be wrapping up 2016 with a series of short round-ups, featuring the best posts in a number of different categories. But today please enjoy the overall pick of the year. See you in 2017!

You’ve just published a research article – why should you bother writing a blog post about it? Patrick Dunleavy argues that if you’ve devoted months to writing the paper, dealing with comments, doing rewrites and hacking through the publishing process, why would you not spend the extra couple of hours crafting an accessible blog post? Here he breaks down in eleven easy steps how to generate a short-form version of your research article.

Student evaluations of teaching are not only unreliable, they are significantly biased against female instructors

Academics generally recognise that the scholarly publishing business model is flawed, the impact factor does not point to quality, and open access is a good idea. And yet, academics continue to submit their work to the same for-profit journals. Philip Moriarty looks at what is keeping academics from practicing what they preach. Despite many efforts to counter the perception, journal ‘branding’ remains exceptionally important.

Many a true word is spoken in jest: Twitter accounts that mock, self-ridicule and bring a smile to academia

The relatively low impact of many academic conferences suggests it may be time for a rethink, argues Duncan Green. ‘Manels’ (male only panels) are an outrage, but why not go for complete abolition, rather than mere gender balance? With people reading out papers, terrible powerpoints crammed with too many words, or illegible graphics, it is time for innovation in format. We need to get better at shaping the format to fit the the precise purpose of the conference.

That Sci-Hub’s activities are illegal is not disputed. However, according to Iván Farías Pelcastre and Flor González Correa the issue at the core of the debate is the current publishing and knowledge dissemination system and how it widens socioeconomic inequalities in academia and constrains its collective progress.

Open research is about more than open access. It is about making all aspects of the research process open to all possible interested parties. Ahead of a workshop and hackathon later this week, Bianca Elena Ivanof and Caspar Addyman outline some steps towards being a successful academic in the 21st century; from writing clearly and engaging with the public to opening up your research to your peers.

There remains something of a disconnect between how research librarians themselves see their role and its responsibilities and how these are viewed by their faculty colleagues. Jeannette Ekstrøm, Mikael Elbaek, Chris Erdmann and Ivo Grigorov imagine how the research librarian of the future might work, utilising new data science and digital skills to drive more collaborative and open scholarship. Arguably this future is already upon us but institutions must implement a structured approach to developing librarians’ skills and services to fully realise the benefits. 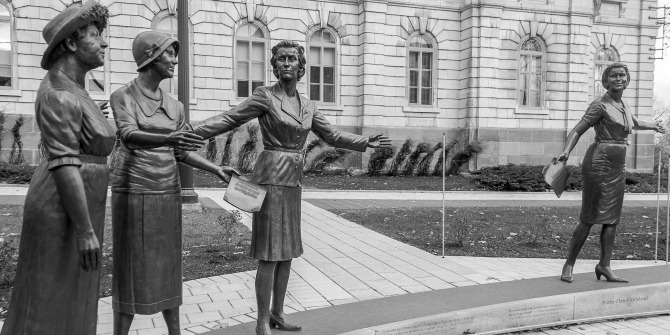