The term “open science” is often deployed in the scholarly discourse without much thought about its meaning and use. Benedikt Fecher and Tony Ross-Hellauer unpack the term and find it to be understood in a variety of ways; as a new framework for what has always been expected of science, as a political slogan to motivate change, as a business model to market scientific output in the digital era, and as a rhetorical contrast of ideas.

Openness is deeply rooted in how science understands itself. The shoulders of giants upon which Newton saw future generations standing continue to bring us all closer to understanding. One of the patron saints of modern science, Robert K. Merton, included “communalism” as one of his five norms of modern science. According to Merton, common ownership of research outputs is integral to science. “Altruism”, another Mertonian norm, implies that scientists should act for the benefit of the community rather than personal gain. Karl Popper, another great science philosopher, argued that critical rationalism was the philosophical base of scientific scepticism. He suggests that there is no such thing as a “final truth”, and everything must stay open to being disproven. Both Merton and Popper see science as a transparent and collective enterprise. Science should be open by default. In that regard, the fairly new term “open science” provides a convenient framework for what is already expected of science. In that regard, open science might be thought of as a tautology.

More broadly, “open” is a key ingredient of narratives of the digital sphere. Just as in open source software, the prefix denotes a dissolution of a formerly linear and closed production mode in favour of an accessible, decentralised, and loosely coupled system. The abandonment of the physical — or the institutional — is particularly compatible with scholarship, which relies on an intrinsically virtual good — knowledge. There are minimal costs to online knowledge storage and distribution. The term open science smoothly brings the traditional self-image of science into the digital age. It gives it a fresh face.

Still, scholarship is always a work-in-progress, a system whose underlying assumptions should be subject to frequent reassessment. The digital age makes reassessment urgent. Digital networked tools can radically alter the research information sphere. They have the potential to level or reshape previous barriers to information flows, to include previously marginalised groups and new technological agents, and enable new means of interaction amongst them. These possibilities mean that scholarship that was previously “black-boxed”, e.g. inaccessible to all but a few insiders, can now be opened to enable more transparency, accountability, inclusivity, collaboration, and reproducibility. But some potential new pathways to the discovery and sharing of knowledge remain underdeveloped, as new technological possibilities struggle to overcome resistance from ingrained habits and vested interests.

In this sense, open science is perhaps better understood as an imperative than a substantive – as a rallying cry, a call-to-arms, or as a political slogan to motivate change. Policymakers and science funders, for instance, have enthusiastically adopted the term. Last year, the European Commission announced the establishment of a European Open Science Cloud. The DFG, the German Research Association, urges researchers to use open licenses for their research outputs. The National Science Foundation announced a plan for comprehensive open access to research results. The list can be continued. For scientific institutions, “open science” is the perfect umbrella term to bundle initiatives that attempt to make the results of publicly funded research more accessible by technological means. This semantic flexibility is a strength, allowing diverse groups to coalesce around shared principles like transparency, honesty, truth, sociality, collaboration, and accountability.

The revolution devours its children: open science as a business model

At the same time, the phrase is so nebulous that it can easily be co-opted. And so we see more or less closed practices and products embrace “openwashing” as a marketing strategy. According to the Budapest Declaration, open access means “free and unrestricted online availability”. Yet the complexities of copyright legislation mean that objects might appear available although they are not truly interoperable or reusable as they maintain limiting restrictions on access and use. For instance, many publishers require that authors use licenses that restrict commercial reuse or do not allow derivative works.

In that sense, open science remains open for business. The term has come to be embraced by commercial publishers, most of whom now have gold open access options for articles, which usually means that articles are made available online for free in exchange for an article processing charge (APC) that the researcher or his or her institution pays. The DEAL negotiations, in which German institutions have tried — so far unsuccessfully — to achieve package deals for articles are the perfect example of the powerlessness of academia. As oligarchic publishers are increasingly diversifying their portfolios, it is to include services that encompass ever greater strands of the review-disseminate-assess research lifecycle. To put it crudely, for commercial publishers, open science is a strategy to get access to public funds. Open science is also a business model to market scientific output in the digital era.

And what about the day-to-day business of researchers? Here, openness is an ideal that is professed but not necessarily practiced. This becomes apparent when looking at a particular case of open science: open access to data. A recent survey study on open data in research, in which one of the authors was involved, revealed that only 13 per cent of the surveyed researchers have shared data publicly in the past. The main reason for researchers to withhold data was that other researchers could publish before them.

From this perspective, the “open” in the term open science could also be described as a specific type of metaphor: an antithesis. “Open” and “science” can be understood as a rhetorical contrast of ideas. In the daily practice of researchers, openness is a selective strategy: the modus operandi of scientists is not to share, unless it is beneficial. For example, few researchers would mind if their article in a high-impact journal was available open-access as this increases citations. On the other hand, almost no researcher shares data openly, because they are afraid of losing a competitive advantage when publishing articles. This example is interesting for another reason: as explained earlier, open science can be understood as a modern phrase for a book-old scientific idea. The example of data vs. articles, however, demonstrates that it is an “old” product (the article) that is favoured over a “new”, more digital-savvy product (data). This shows that as long as the private incentives are not better aligned with societal interests, most researchers will regard open science only as one of many strategies.

To sum up, we must acknowledge that open science is more a vanishing point on the horizon than a destination that can ever be truly reached. Depending on how you look at it, it can be understood as both a tautology and an antithesis. The fuzziness of the term makes it an easy target for commercial publishers, who use it as a business model, as well as policymakers, who use it as campaign slogan. The bottom line is: open science is open to interpretation.

This blog post was originally published under a different title on the Alexander von Humboldt Institute for Internet and Society blog and is reposted here with permission.

Featured image credit: How open is too open? by opensource.com (licensed under a CC BY-SA 2.0 license). 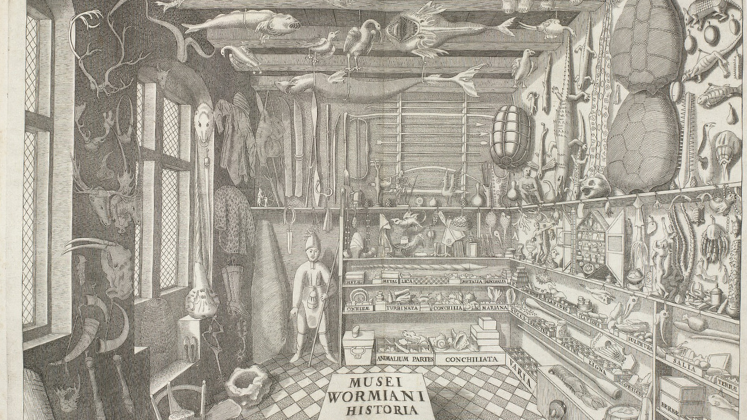 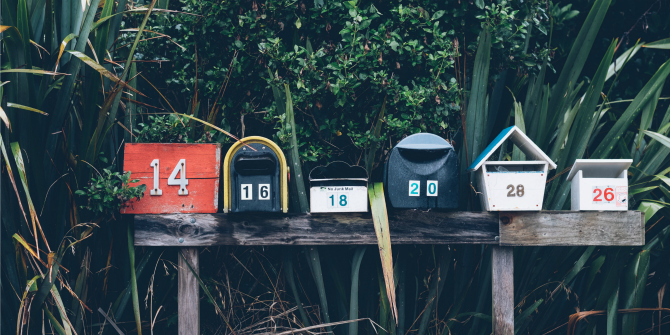