Being a woman in academia is hardly a competitive edge. Female scientists are underrepresented in academic institutions, especially among the higher ranks. Women receive shorter, less appreciative recommendation letters; are paid less; are awarded fewer funding grants for their research; and find themselves with less prestigious authorship positions and lower citation rates.

These differences simply cannot be explained by women’s lower commitment or achievement. A recent experimental study showed that even with exactly the same CV as a man, a female name on that CV lowered a woman’s chances to be hired as a lab manager (and, at the same time, reduced her perceived competence, prospective salary, and opportunities to be mentored by senior researchers).

The same type of result emerged from earlier work, which showed that when a woman had the same research output as a man in biomedical science, this translated to much lower competence evaluations at the postdoctoral level. In fact, female researchers had to demonstrate two and a half times higher productivity (in terms of aggregate citation impact factor) to be viewed as equally qualified academics. Despite men’s and women’s similar productivity as associate professors, men were still more likely to be promoted to full professor.

But wait, there’s more. Another type of gender bias in science derives from studies that include only male participants. This clearly produces biased knowledge. This is harmful — findings that apply only to men may be irrelevant to women or, in worst-case scenarios, even damaging to them. Women’s underrepresentation as subjects in medical research may have grave consequences for women’s health.

Our work examined a third form of gender bias among scientists: bias against research on gender bias. We tracked scientific work on gender bias as well as on another type of social discrimination, racial bias. Race and gender are the most important social categories, with the most recognisable and identifiable cases of social injustice. They are named first in international documents about human rights. Given that neither type of discrimination is less or more important, and that the same methodology is used to investigate both, these types of discrimination should receive similar attention in the scientific community. Sadly, this is not the case. 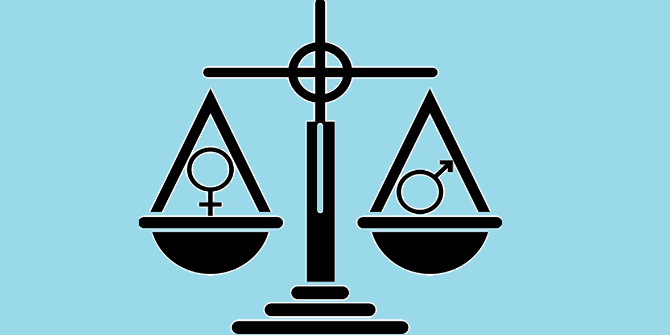 We analysed more than 1,000 articles relating to gender and race bias, published over eight years. We found that research on gender bias is funded less often and is published by less prestigious journals, so fewer scholars become aware of it or apply it in their own work. This effect remains in place, even when we took other factors into account that might affect how the research was received in academia. Given the abundance of data showing the existence of bias against female researchers, we looked at the role of the gender of the authors. We also considered the methodologies used (e.g. quantitative or qualitative). Regardless of the methodological approach or the gender of the authors, research on gender bias was less appreciated than research on race bias. Gender bias simply does not sell.

What causes this bias? Perhaps gender bias seems less real or less serious to people? Indeed, we sometimes hear people arguing that “women exaggerate”. Of course, some will point to examples of successful career women or of gender-equal homes, schools, or offices. In conference halls or among the departmental staff of many universities, at least half of the people are women. In academia, and often elsewhere, inter-gender collaborations are far more frequent than interracial ones. Therefore, gender equality may appear to have been achieved. This might be enough to make a person question whether gender bias exists or has any social impact, which in turn might result in less appreciation of research on gender bias and the data it produces.

That being said, shouldn’t social scientists be more able to reduce these biases on their own judgements? Evidence from social research shows that if individuals are motivated to take an unbiased perspective, they can control the biases they acknowledge, to a certain extent. Therefore, the first step in overcoming the bias against gender bias in research is to bring it to the awareness of academia and the public. Funding bodies and editorial boards should take this bias into account when they consider research proposals or reports referring to gender bias.

Giving full consideration to gender bias research is important, because it could help individuals examine, thoroughly understand, and eventually reduce this social phenomenon that profoundly affects so many women in the world. For example, when gender bias intersects with social standing, it produces a feminisation of poverty, and when race is added to the mix it creates particularly harsh conditions for women who must face the effects of both sexism and racism. Women also suffer the most in armed conflicts, and in many places, sexual abuse of women is prevalent.

When research on gender bias is underappreciated, these important consequences are not given the full weight they deserve. Academia has the weapons to help people understand and overcome gender bias. Several bottom-up initiatives are already dealing with it, and academia could work hand-in-hand with these. The time is now — to make the best use of the research efforts trying to change the situation for women of all colours and social standing.

Aleksandra Cislak is assistant professor of psychology at the Nicolaus Copernicus University, Poland, and vice president of the Polish Association of Social Psychology. Her research interests include social perception, power, and social identities. Her ORCID iD is: 0000-0002-9880-6947.

Tamar Saguy is an associate professor of social psychology at the Interdisciplinary Center (IDC), Herzliya, Israel. Her research focuses on the psychology of social change in the domains of ethnic relations, race, and gender. 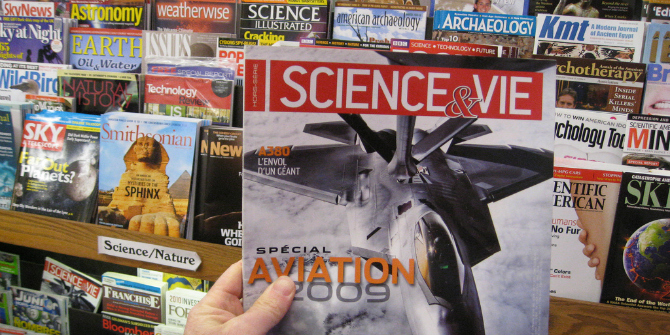