Given the field of evidence-informed policymaking has existed for some time, experts’ confusion, knowledge gaps, and inconsistencies around the fundamentals is bewildering. Reporting on a recent Ontario case study, Jacqueline Sohn considers how evidence-informed policymaking works in practice, likening the swift and abrupt movements that eventually lead to policies being developed to a perpetual tango, and reveals how research producers looking to successfully influence the process might use politics to their advantage.

As it turns out, “what is evidence-informed policy?” is a confounding question for high-level policymakers and academics (in other words, the “experts”.) Deceptively layered and complex, this question unleashed a broad spectrum of responses among members of the policy elite in a recent Ontario case study. Answers from high-level advisors on the same policy ranged from scoffing that there is no such thing as evidence-informed policy, to ardent insistence that one particular policy was “100% evidence-based!” These responses reflect major inconsistencies in understanding of the “evidence-informed policy” agenda, which policy stakeholders worldwide have advocated over recent decades. Given the field of evidence-informed policymaking (EIPM) has been around for a while, experts’ confusion, knowledge gaps, and inconsistencies around the fundamentals is bewildering. Without consistent definitions and understanding around the basics, what, exactly, is EIPM premised on and working towards?

An important consideration in working towards evidence-informed policy is that the knowledge gap can go both ways. The common complaint is that policymakers do not understand how to effectively apply research to practice (for many different reasons). It is much less frequently pointed out that academics in the field do not understand policy processes and structures. For instance, the evidence utilisation literature does not differentiate between the basic policy stages: “first-order” (whether to establish a policy in the first place – theoretical); and “second-order” (once the decision has been made, how to carry it out – technical). These are two very different areas of policy and therefore require different types of evidence, with distinct purposes and functions.

Moreover, among the plethora of academic articles and reports suggesting ways for research producers to impact public policy, the role of politics is typically either ignored or presumed to be a barricade to “good evidence” informing policy. While there is no surefire approach, the research producers with the most influence on development of poverty policy in Ontario had one thing in common: they used politics to their advantage.

Political acuity was cited as the most important way to impact policy using evidence. Specifically, persuasion through politically astute framing and communications strategies was key to influence (as determined by inclusion as advisors). “Storytelling” using evidence – an interviewee, previously a special advisor to a former Premier of Ontario, called it “evidence-based storytelling” – was discussed as a pervasive force flowing in numerous directions: outside-in (evidence producers to policymakers); from within (policymaker to policymaker); inside-out (policymakers to the public); and externally (evidence producers to the public). In the field of EIPM, least attention is probably given to the “from within” area. It is interesting and important to know that policymakers frame evidence to garner uptake internally, with consideration to which colleagues should be won over first. (Of course, even “evidence-informed” politics is a game.)

So, policymakers who believe in evidence-informed policy really do exist(!), but this should be taken with a grain of salt. It could mean very different things, depending on the individual. Policymakers, like any of us, are informed by their own contexts, experiences, knowledge, and agendas, and must work within diverse, abruptly changing environments (politics, budgets, policy culture).

How, then, does evidence-informed policymaking work? In the interest of organising its complexity as simply as possible, we could understand this as two main spheres of influence – structure (contextual and systemic factors) and agency (choice and persuasion tactics like framing and communications) – interacting under particular sociopolitical conditions, based on differing notions of what constitutes “evidence”, to create opportunities or barriers to EIPM. This interaction between structure and agency can be likened to a perpetual tango, with swift and abrupt movements that eventually lead to policies being developed – informed by varying degrees of politics and evidence. 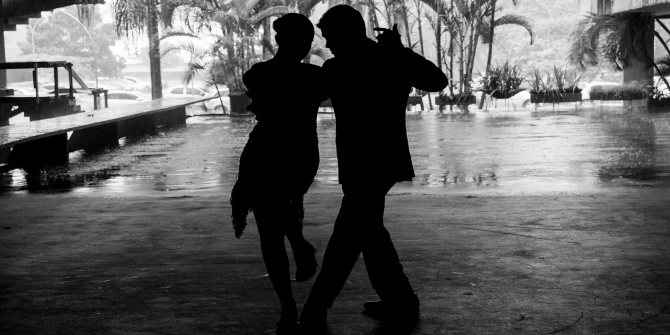 Image credit: Tango na Reitoria by Universidade de Brasília. This work is licensed under a CC BY 2.0 license.

So, political acuity for the sake of evidence-informed policy means being attuned to politically opportune times and attempting to influence the dominant discourse. This can help to establish the “right” conditions through persuasive evidence use, appealing to different audiences, all with strong, supportive networks. For evidence producers, navigating through the politics to influence policy could be likened to swimming through unrelentingly turbulent waters. Easy, right?

When faced with such an immense undertaking, evidence producers would do well to heed the advice of a top policy advisor: “if you get into a policy quagmire, don’t try and fight yourself out of the quicksand. Change the frame.”

Persuasive messaging is critical to evidence uptake and impact, as it is ultimately validated by particular advocates who espouse certain political views, within social contexts. Research that is framed to speak to the target audience is more likely to be viewed as useful “evidence”. Thus, regardless of how evidence and its use might be defined and understood, research has a better chance of informing policy if producers understand policy processes and frame it accordingly.

This blog post is based on the author’s article, “Navigating the politics of evidence-informed policymaking: strategies of influential policy actors in Ontario”, published in Palgrave Communications (DOI: 10.1057/s41599-018-0098-4).

Jacqueline Sohn completed her PhD in educational policy from OISE/University of Toronto and will begin her postdoctoral fellowship with the Canadian Observatory on Homelessness at York University in January 2019. Her doctoral research focused on evidence utilisation processes in social policymaking, examining policies working to mitigate the effects of poverty on children and youth in Ontario. Broadly, she is interested in interdisciplinary research and cross-sector collaborations for developing effective social policies through knowledge mobilisation work. Prior to beginning her doctoral studies, she was employed at the Ontario Ministry of Health and Long-Term Care in a provincial project coordination and policy role. 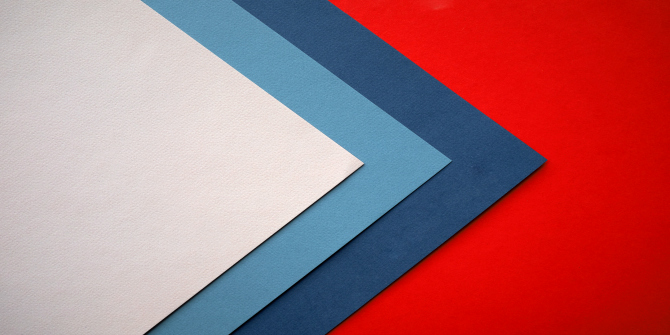 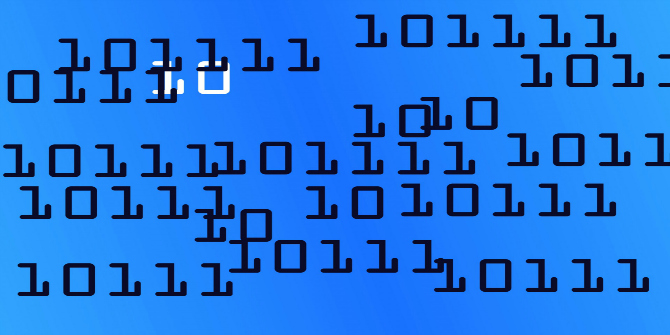 What does Big Data mean to public affairs research? Understanding the methodological and analytical challenges 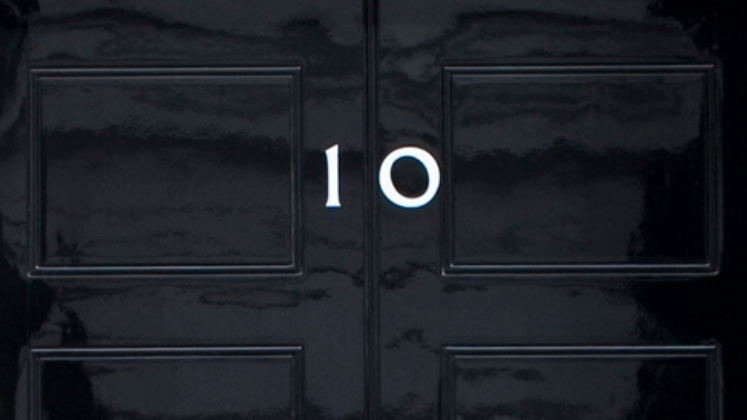