Following the fourth event in the series, Mark Carrigan and Filip Vostal consider the Accelerated Academy project as a whole and how useful and productive it remains; reflecting on its evolution, diversity of perspectives, and whether the concept’s success in becoming an “academic ear worm” has inadvertently brought about an unwelcome reductionism.

Our recent conference in Prague was the fourth event in the Accelerated Academy series and we felt this was an opportune moment to reflect on the project as a whole and whether it remains useful and productive. In recent years we have both become increasingly cautious about the notion of “acceleration”, recognising it as an important process but wary of careless inflation of the term and the overstatement it too easily gives rise to. Filip has been concerned about its portrayal as a mega-force, hurtling through the social world, leaving people passive in its wake; an enticing image capturing the sense of an era, nonetheless obscuring the subtle character of temporality in everyday life, as well as the political questions posed by it. Mark, meanwhile, is increasingly convinced that acceleration is the symptom rather than the cause, leading us to frame complex questions of the intensity of work and the extent of life it occupies in a narrowly empirical way. Neither of us believe – and this might sound surprisingly to followers of the activities associated with AA – that there is, in fact, such a thing as an accelerated academy, as much as we’ve fallen into the habit of using it as an intellectual provocation. Therefore we found ourselves wondering what value this project has and under what conditions it should continue.

It has been a success in many ways. This special section on the Impact Blog has compiled a rich array of material and many different perspectives from various subdisciplines of social and human sciences, ranging from STS, sociology of work, critique of political economy of higher education, sociology of time, (e)valuation studies, etc. Then there were different national perspectives, comparative examples, highly forensic studies, and uncompromising critiques of the contemporary academy. This blend of perspectives and positions was common, almost typical, of all Accelerated Academy events and made the entire project rather unusual. Still, each event maintained its specific focus, distinct character, and even genius loci of its location. Being in Prague, Leiden, Warwick, or Cambridge contributed to the unique nature of each event. Over the years, AA has developed into a rather informal, unofficial, ad hoc network of scholars who meet irregularly. This “undisciplined” nature of AA gives it a flavour of openness in themes and organisation teams. Without false modesty, we daringly consider the project a success.

However, it is precisely this success which also worries us. In a thoughtful blog post, Pat Thomson invokes “accelerated academy” as an example of an “academic ear worm”; i.e. “words that are worth repeating. Phrases and terms that just hit the spot”. Yet this is not uncommon in the social sciences – quite a few “ear worms” have made it into the social scientific discourse; from Weber’s (wrongly translated) “iron cage”, to Marx and Engels’ “all that is solid melts into air” metaphorical description of modernity, to Goffman’s more recent “theatre”, Beck’s “risk society”, Giddens’ “runaway world”, Alexander’s “cultural sociology”, and many others. We realised the notion of an accelerated academy is, of course, a provocative, reductive ear worm that should attract attention – which it has. Yet at the same time we are very much aware that neither modernity as a whole nor its institutions can be reduced to a lazy statement that “everything is speeding up” or “it should all slow down” – this a genre of pop-science literature. In this, we think, we differ from the slow scholarship/professor/science initiative which maintains a strong moral stance and receives plenty of recognition (see the recent book review symposium in Sociology).

At the same time we can easily ask: who can be against slowing down? Such an attractive notion, isn’t it? The pristine paradise of “slow time”, where life goes on peacefully, sluggishly, without any distraction. The problem we see with “slowers” and proponents of slowing down the academy is that they are probably not calling for slowing down per se, but demanding duration, Bergsonian dureé, and temporal resourcefulness. We could not be more in agreement with these objectives but we consider the notion of slow as a mistaken shell that struggles to give an actionable shape to them. We suggest that conversations framed in these terms lead to action in spite of their framings, muddying our sense of what the problem is while people nonetheless remain committed to doing something.

Furthermore, it is not clear to us that a blanket slowdown is desirable, or even possible. As Judy Wajcman and Sarah Sharma remind us, slow and fast are always intertwined. They depend on one another because fast or slow always relates to something that was faster or slower in the past. Knowledge production is a messy and contingent process full of accidents, unexpected hindrances, intellectual and practical blockages, dead ends, as well as accelerations, eurekas, and “aha!” moments. Dichotomous framings like fast and slow help us get a grip on what is going in such processes but they also get in the way of reaching the core of them. We find ourselves wondering if the Accelerated Academy series has unintentionally legitimised a framing which we saw as a problem from the outset. Ironically, it is those aspects of life which might best be characterised as accelerated (such as social media and the proliferation of research literature) which are likely responsible for this. It is for this reason that we would like to continue with the project, albeit with increasing caution that we might become a symptom of exactly that which we set out to critique.

Filip Vostal received his PhD in Sociology from the University of Bristol, UK in 2013. From 2014 he has worked as a researcher at the Centre for Science, Technology, and Society Studies at the Institute of Philosophy CAS. He has published his work in journals such as Time & Society and European Journal of Social Theory. Filip is the author of Accelerating Academia: The Changing Structure of Academic Time (2016, Palgrave Macmillan) and currently runs a project that anthropologically investigates temporality of knowledge production in physics (funded by Czech Science Foundation). He teaches critical social theory at the Anglo-American University in Prague. Filip tweets at @filvos. 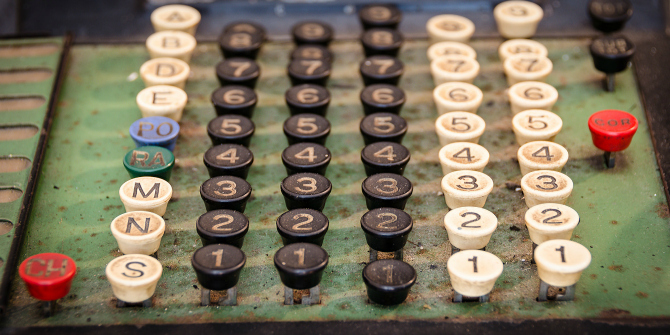