The next round of the EU’s research and innovation funding program, Horizon Europe, will include a requirement to develop a mission statement outlining how the research will achieve societal impact. In this post Stefan de Jong and Reetta Muhonen explore how regional variations across Europe in the understanding of research impact are likely to impact the opportunities of researchers from widening participation countries in securing EU funding.

Let’s fast forward two years. The first calls for proposals for Horizon Europe, the successor to Horizon 2020 (the EU’s research and innovation program), are published. New to Horizon Europe are ‘Missions’ to ‘maximize the impact of investments.’ In other words, it is now crucial for scientists and scholars to sell their potential impact if they aim to acquire European funding.

Mirjana, a hypothetical academic, could be such a scholar. She is a senior lecturer in cultural anthropology at the University of Dubrovnik. Mirjana is reading a call for proposals that sparks her enthusiasm. It fits her research interests perfectly! Immediately, several eminent scholars come to mind: scholars, who may be interested in developing a proposal jointly. Then she reads the section on expected impacts. ‘Ouch…this will be a challenge!’ Why does Mirjana think impact will be a challenge?

Back to 2019. Our recent study, published in Research Evaluation has some answers. Members of COST Action ENRESSH conducted 60 small impact case studies in their home countries, resulting in reports from 16 countries across Europe. All these reports concerned the social sciences and humanities. They all described actual impacts, as well as the processes leading to these impacts. We divided the reports into two groups. The first group consists of reports from countries with long-standing experience of the European funding arena. For the purpose of this blog, we label them Experienced Countries. The second group consists of reports from Widening Countries, a term used by the European Commission. This group includes countries that joined the EU in or after 2004 as well as Portugal and Luxembourg (fig.1).The Commission aims to increase their involvement in European research through its Widening Actions. 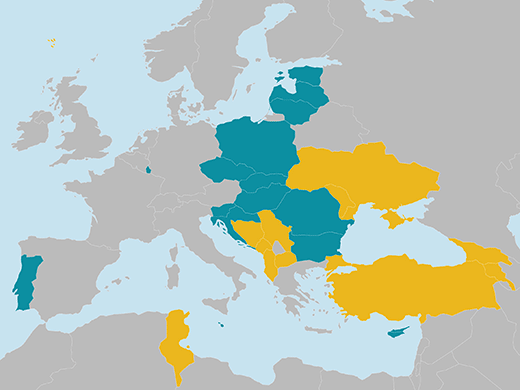 It is important to note that we did not find any indication of differences in motivation to have an impact on society between the Experienced and Widening Countries. Nor, were there differences in the significance of impacts. Now, let’s take a closer look at our findings.

First, we identified national and local governments as the main  stakeholders in the reports, from both groups of countries. However, it seems to be less common for scholars from Widening Countries to involve the private sector, citizens and the cultural sector. The lower involvement of citizens and the cultural sector is especially surprising, as these are considered typical audiences for research in the social sciences and humanities.

Second, in both groups of countries it was common for stakeholders to be involved as research funders, project partners, or knowledge users. However, reports from Experienced Countries include a larger variety of additional ways to involve stakeholders. Especially concerning dissemination, scholars from this group of countries seem to use a wider array of interaction channels. Moreover, these channels are better adapted to specific audiences. Examples are popularizing books for the wider public, or training courses and briefing notes for civil servants and politicians.

Third, there are subtle differences in reporting style. On average, reports from Widening Countries contained less detail than reports from Experienced Countries. For example, a report from a Widening Country would typically only mention generic categories of stakeholders and outputs. To compare, in general a report from an Experienced Country would also include the number and names of the stakeholders involved, as well as titles of reports and other outputs, such as software. Scholars from Experienced Countries were simply far more aware of the importance of such additional information.

How can we explain these differences? The first explanation can be found in national policy spheres. Over the past two decades, scholars in Experienced Countries, such as the Netherlands, the UK and Spain have experienced the introduction of impact policies at the national level. Not only were they incentivized to develop impact practices, we also expect them to have learned how to document their (potential) impacts. The second explanation is rooted in differences in social capital between societies. In many Widening Countries low levels of trust in formal organizations, as well as low levels of involvement with civic society are common. Hence, there is less of a tradition of establishing links with organizations outside trusted informal circles, than in for example the Nordic countries and the Netherlands. These differences were clearly reflected in our impact reports.

If the European Commission aims to maximize the impact of its investments and benefit from the involvement of scholars from both Widening and Experienced Countries in Horizon Europe, we propose the following recommendations:

What though, could Mirjana do if the commission does not follow up on these recommendations? First, she shouldn’t despair! She could ask colleagues who are more familiar with impact for support in developing the impact statement. She could also proactively set up collaborations with relevant stakeholders and start to think about the interaction channels valued by these stakeholders. Finally, she could familiarise herself with the technical language of societal impact. Although we should be careful in promoting the UK’s approach to impact, which comes with its own challenges, the REF 2014 Impact Case Studies do provide a rich seam of inspiration for finding new partners, developing ways of interacting with them and perhaps most importantly, a vocabulary with which to talk about impact.

This blog post is based on the authors’ co-written article, Who benefits from ex ante societal impact evaluation in the European funding arena? A cross-country comparison of societal impact capacity in the social sciences and humanities, published in Research Evaluation.

Stefan de Jong is post-doctoral researcher at the Manchester Institute of Innovation Research at The University of Manchester, UK. His research interests include societal impact of academic research and its evaluation as well as the influence of university management on academic practices. Stefan’s current project ‘Professional practices: Unraveling the influence of university impact strategies on societal engagement of academics’ is funded by the Netherlands Organization for Scientific Research. He is Science Communication Manager of COST Action ENRESSH.

Reetta Muhonen is a University Researcher at the Faculty of Management and Business at Tampere University, Finland. Her current research interests relate to impact of social sciences and humanities and responsible evaluation. She currently runs Academy of Finland funded postdoctoral project From products to processes: How social sciences and humanities research makes its way beyond academia? She is also vice-chair of the ENRESSH Working Group on SSH impact. 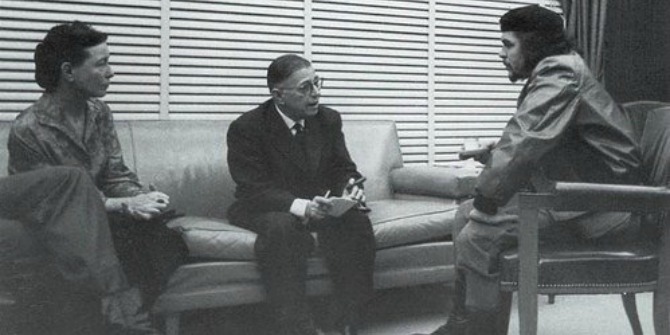