William Pooley takes an alternative approach to the usual ‘how-to’ blog format for academic writing. An avid reader of conclusions, with an aversion to writing them, the author presents an altogether inconclusive reflection on the form and function of the conclusion.

Is there anything worse than writing conclusions?

Even beginnings are easier, I find, than summing up, because I can trick myself into starting by telling myself ‘I’m just taking some notes‘. ‘I’ll put that quotation I like as an epigram.’

And don’t get me wrong.

What academic doesn’t? I could never read EVERYTHING in full, and there is simply nothing better than an article or book that tells you what the Point is at the end (…and even strongly hints at it at the beginning).

So here I find myself, an avid consumer of conclusions, with an aversion to writing them that approaches the unhealthy.

Picture then my joy, when I noticed a blogpost entitled ‘How to Write A Conclusion‘ appear on Twitter.

My hopes were – as so many great hopes are – destined to be disappointed. One blog post, it turns out, will not cure me of my inconclusion.

This is not for lack of specific detail.

In the post, we learn, for instance, that conclusions should be roughly 5-20% of the length of the rest of the piece. (Someone should have told E.P. Thompson, whose Making of the English Working Class, errr, doesn’t really have a (formal) conclusion as far I can remember?)

We also learn never to write ‘in conclusion‘ or ‘so‘ in order to introduce our final thoughts, and that the following are to be avoided at all costs:

repeating, equivocating, going off on a tangent, introducing a call to action from out of nowhere, marveling at the mysteries of the universe, tacking on an afterthought, and so on

There is simply nothing better than an article or book that tells you what the Point is at the end (…and even strongly hints at it at the beginning).

Look. I am not ideologically opposed to conclusions.

Don’t laugh: it is an ideology with its defendants.

They point – with some justification – to the creeping Excellence of all academic work, the process through which it has become impossible or undesirable to do solid scholarship that is useful and unshowy. Everything must be a discovery, an innovation, a paradigm shift. You must explain your originality in a conclusion that blows your reader away.

The negative consequences are obvious.

Academic reading now requires a metaphorical blast shield and radiation suit. And the same stubborn ‘discoveries’ keep being trumpeted by each generation of researchers.

Academic reading now requires a metaphorical blast shield and radiation suit. And the same stubborn ‘discoveries’ keep being trumpeted by each generation of researchers.

In fact, it transpires that I do have fairly strong feelings about conclusions.

But if you, dear reader, are a student of mine, I would like to emphasise that this also extends to such matters as the length of conclusions, as well as to the use of formulaic transitions, such as ‘in conclusion’.

After all, might not some conclusions be very brief indeed? ‘Were there really witches’ during the early-modern trials, asked Erik Midelfort in 1974?

There are whole sub-genres of historical writing that have come to dispense with conclusions altogether. An obvious example would be the flowering of memoirs-as-history, by writers such as Alison Light, Barbara Taylor, and Sarah Knott.

Other conclusions might be as long as the argument they bring to its final resting place. After all, where does the conclusion start in a historiographical essay?

And – dear reader! – fear not the use of phrases that signal argument.

You might – for instance – begin your conclusion by writing ‘in conclusion’, in order to set yourself up, and get the words flowing. You might even take it out after it has served its purpose.

And you might choose to leave it in, out of pity for a time-pressed reader scanning your piece to see where you really lay your chips down.

Perhaps the truth is that my writing does not start with clear questions, and provide unambiguous answers.

Attentive readers will have noticed that what I have presented so far is not so much an argument in favour of conclusions, as a meandering series of thoughts.

And perhaps here we approach the centre of the matter, and a solution to the riddle of why I like to read conclusions more than I like to write them. Because if every style of writing – from memoir as a form of history, to the more conventional historical research article, to the historiographical essay – has its own ways of coming to an end, this is surely because each of these has its own internal logic. As for genres, so for writers. Perhaps the truth is that my writing does not start with clear questions, and provide unambiguous answers.

Perhaps my next book won’t have a conclusion, and perhaps I am not the imagined audience for that book.

Or perhaps I can conclude after all.

So: in this piece we have learned to distrust one-size fits all formulae for writing.

We shall instead consider the sage advice that conclusions are like snowflakes: much mocked, lamented, and derided in popular culture, yet each unique and special in its own way.

This is an extended version of a post published on William Pooley’s personal blog.

Will Pooley is a lecturer in modern European History at the University of Bristol. His research covers folklore, popular culture, and witchcraft in France in the long nineteenth century. He is also interested in writing, creative practice, and other ways of making histories 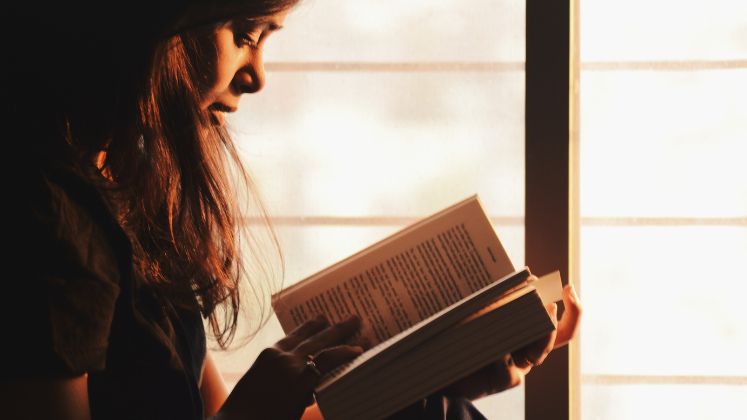