Helen Kennedy draws on evidence from the Living With Data survey to link public attitudes to data collection and use to views on Covid-19 vaccine passports. Finding widespread concern about the involvement of commercial technology companies in such initiatives and about the ways that data-driven schemes might deepen inequalities, she suggests there is an urgent need to listen to the thoughts and feelings of diverse and minoritized publics to ensure their voices are heard in related debates.

Covid vaccine passports – which link ‘health status with verification of identity, for the purpose of determining permissions, rights or freedoms’ – are headline news. The recent uproar about their proposed introduction highlighted numerous issues posed by this technology, many of which have been discussed on the LSE Impact Blog. These relate to the involvement of commercial technology companies in such schemes (eg. Melissa Aronczyk’s post on ‘data for good’ initiatives), inequality and issues of trust (eg. Rosalind Edwards and others in their post on data linkage initiatives), as well as rights and freedoms. Commentators take different positions, depending on their stance in relation to the roles data play in this complex mix of issues.

For example, UK civil liberties campaign group Big Brother Watch is leading a campaign to stop Covid passports, with significant support from rights groups, MPs and peers. They argue that there are strong reasons to resist Covid passes, including:

Big Brother Watch’s concern about trust and Ada’s requirement of public support indicate that for a vaccine passport scheme to work, the public need to be on board. The Ada report cites a number of polls from early 2021, which generally paint a picture of more public support for than resistance to Covid vaccine passports. But, asking people what they think about systems which collect, analyse, share and use personal data is not a straightforward process, for a number of reasons. 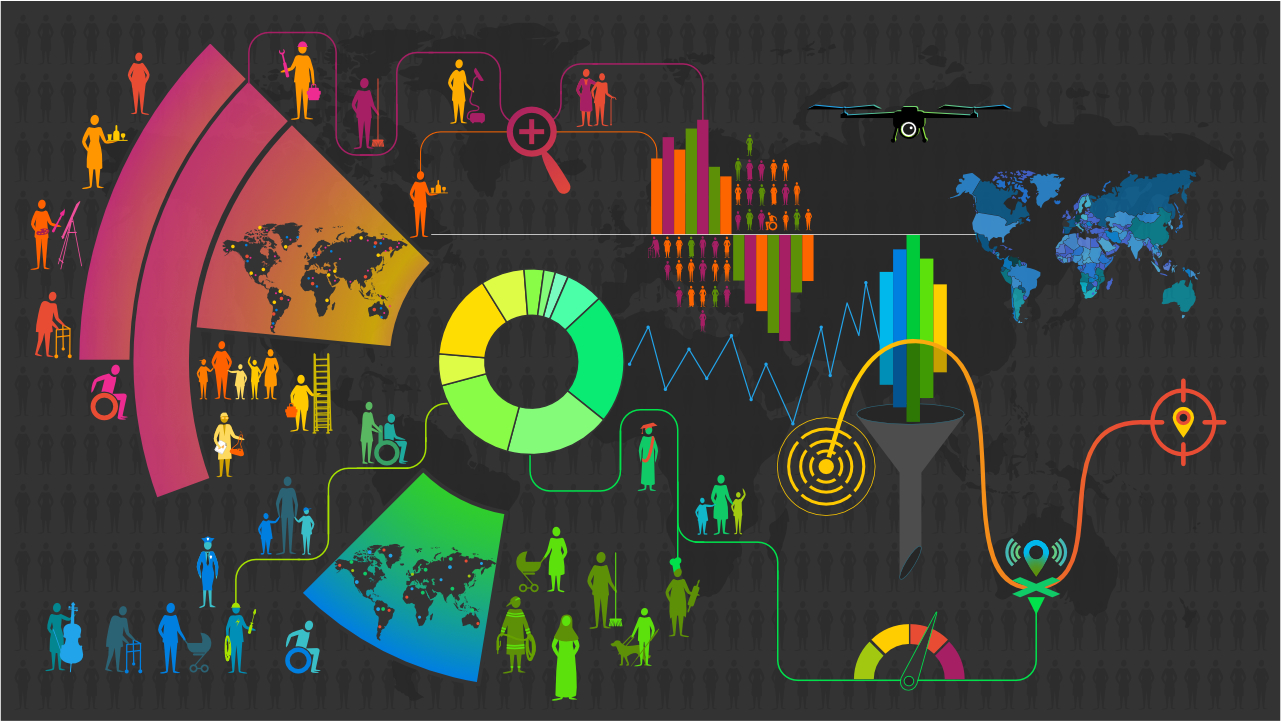 First, data-driven systems are often black-boxed, what happens to data is unclear, and the social consequences of implementing such systems are not always known. People are unlikely to oppose schemes if they don’t know what the potential negative outcomes of their use could be. We addressed this problem in a survey of people’s perceptions of data uses which we carried out as part of Living With Data, a research project funded by the Nuffield Foundation. When asking our 2000 respondents in the UK their views about particular data uses, we stated one claimed benefit and one harm, so that respondents had information on which to base their judgement. For example, in a question about the NHS Covid data store, we said it aimed to ‘help national organisations responsible for coordinating the Covid-19 response.’ Later, we noted that ‘Patient data groups are concerned that not enough detail has been provided about contracts with partners to fully understand who has access to data, for what purposes and for how long’.

Second, statistical support for data-driven schemes may obscure co-existing concerns. Although we found that the majority of our respondents were comfortable about their NHS patient data being added to the NHS Covid data store (78%), comments in free text fields revealed more concern about data sharing in this context than with the other specific public sector data uses examined in the survey. More than half of these expressions of concern were about the involvement of commercial companies in the data store. Concerns were often expressed as negative imagined future scenarios, many of which involved commercial organisations profiting from, leaking, misusing, or selling data in the future.

Concerns were often expressed as negative imagined future scenarios, many of which involved commercial organisations profiting from, leaking, misusing, or selling data in the future

Such public attitudes to data uses can give us a sense of likely public trust in Covid vaccine passports. Across different sections of our survey, we found that public concern about commercial companies profiting from personal data was high and trust in technology companies’ handling of personal data was low. In contrast, people trust public health care professionals with their data, something which, in part, explains the relatively low levels of concern we found about personal data being used to manage Covid-19. Both of these findings matter for trust in Covid passports and other health data initiatives, because these usually involve commercial companies. In her post, Aronczyk argues that data schemes benefit powerful commercial interests. We could extend her point by adding ‘and the public don’t like it’. As a result, governments seeking public support for such schemes might have to consider alternative approaches to how they are developed.

A major concern for Big Brother Watch is that Covid passports would be discriminatory. Both Covid itself and many of the data-driven systems deployed in the public sector have exacerbated social inequalities. Experiences of inequality influence attitudes. Edwards et al found low levels of trust in public organisations such as the police, the criminal justice system and immigration services amongst black and minority ethnic (BME) people in their survey of attitudes to data linkage. In the survey that we conducted, we also found that BME people trust the police with their personal data less than white people do. In addition, LGBTQ+ people trust the NHS or their GPs less than heterosexual cisgender respondents. Other polls have similar findings: an IPSOS Mori survey from March 2021 found that BME respondents were more concerned about vaccine passports being used for surveillance than white respondents.

Differences across demographic groups were less prominent in the Living With Data survey. However, interestingly, those who do not have direct experiences of inequalities are still worried about them. 86% of our respondents said they were concerned about data being used in unfair ways. If a Covid vaccine passport is introduced, it needs to be informed by the myriad ways that inequalities cut through data-driven systems and how this affects the trust both of those who might be negatively affected and of others who care about these things. The question in the title of Edwards et al’s post is ‘Is a breakdown in trust, transparency and social cohesion a price worth paying for more extensive data linkage?’ Surely the answer is a very clear no.

Whether schemes like Covid passports, administrative data linkage and Data For Good should be governed by pro-social principles or resisted completely will continue to be hotly contested. This is because perceptions of them reflect more fundamental views about the kind of society we live in. Is it one in which it is possible for data uses to be fair and just, or is this out of the question in our current political landscape? All of these data-driven schemes force us to ask ourselves whether we think data can ever be mobilised for greater justice and improved social equality. At Living With Data, we believe that it’s essential to ensure that diverse and minoritized publics are able to participate in these debates. This means listening to what people from these communities say about what they think, feel and want to know about data uses.

Image Credit: Reproduced with permission by Living With Data. 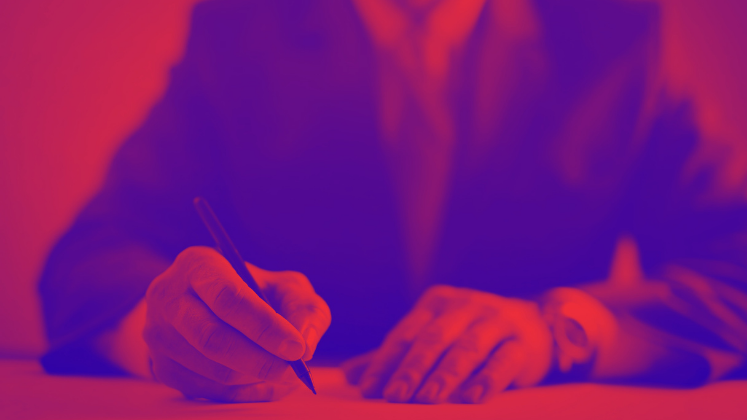 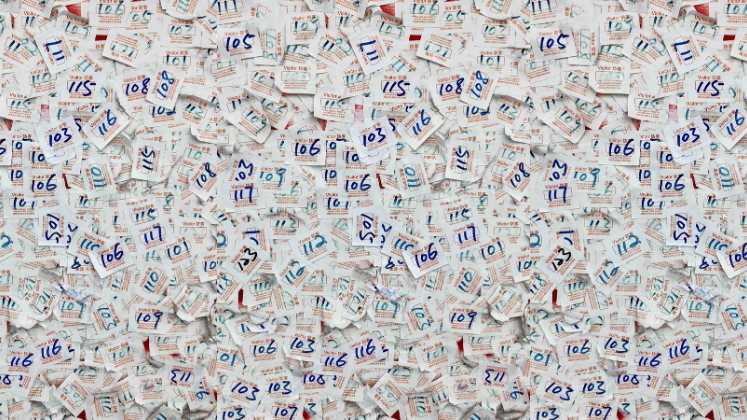