Universities and higher education institutions in the UK have a more international profile than at any prior point in their existence. As a consequence, they face entanglement in geopolitical issues. In this post, Andreas Fulda, John Heathershaw and Andrew Chubb argue for the increased involvement of academic staff in decision making surrounding internationalisation and for the greater use of academic expertise in guiding university policies in this area.

Recently, a senior manager of one of our institutions expressed displeasure regarding Freedom of Information (FoI) requests placed by some students regarding the institution’s partnerships with Chinese universities. They had apparently assumed that the FoIs had been encouraged by an academic, based on their involvement in public campaigning for transparency and accountability in such partnerships.

In fact, these talented students had acted independently to pose pertinent questions about the university’s international partnerships. The episode raised a number of questions about governance. Why might students need to submit FoIs to get basic information about their own institutions’ international partnerships? Is it problematic that staff members want to see their institutions act in ethical ways? Why are some senior managers prickly when faced with calls for greater scrutiny?  And why did the university go on the defensive, rather than affirming this act of initiative by the students?

Answers to these questions can be found by looking at the way universities have come to be governed in the 21st century.

With the reorganisation of the UK Higher Education sector along market lines in recent decades, many universities are now run like private sector enterprises, which may be disciplined by the market and even permitted to ‘fail’. In terms of university governance, this means that senior leaders have a tendency to centralise decision-making. Where transparency and accountability are present, they are limited to reporting and approval requirements to a university’s council which is often dominated by individuals with corporate backgrounds.

Involvement of university senates and faculty boards is frequently confined to an increasingly narrow range of “academic” affairs which are artificially sequestered from the ‘business’ of the institution. Given that one aspect of academic freedom includes the liberty to participate in the governance of one’s institution (see UNESCO 1997, VI.B), this is a problem.

This weakening of academic freedom also weakens institutions. In the case of internationalisation, an exclusive approach to university governance deprives managers of in-house subject-area and regional expertise. While senior managers may have a good grasp of the holistic challenges facing universities, they ignore at their peril the knowledge possessed by their academics that could enhance the governance of internationalised institutions – including security and the protection of academic freedom. This situation calls for less top-down governance and more bottom-up staff participation.

While the scope, scale and nature of foreign interference in British academia is disputed, senior managers should not be afraid to have open discussions about this difficult topic with staff members. This is in fact a requirement of the recently promulgated UUK guidelines ‘Managing risks in Internationalisation: Security related issues’ which most institutions are committed to implementing. British universities have been tasked to ‘develop processes and mechanisms through which staff and students can report any concerns and receive support in relation to issues connected to academic freedom and freedom of speech.’ It is heartening that in at least one of our institutions, staff and students will soon be provided with relevant training.

senior managers may have a good grasp of the holistic challenges facing universities, they ignore at their peril the knowledge possessed by their academics that could enhance the governance of internationalised institutions

New protocols and procedures cannot be simply dictated from the top down, and doing so may lead to misguided or impractical measures, suspicion and a lack of trust on campus, as happened in the case of the student led freedom of information requests. Appropriate policy responses require input, understanding and support from the bottom up. Beyond, subject-specific expertise, measures required to ensure academic freedom will often vary from faculty to faculty depending on a host of local factors and situated knowledge ranging from the courses taught, modes of learning (online vs. in-person), composition of the student body, and existing departmental policies and practices. This makes it imperative that faculty members on the front lines of research and teaching are involved in the formulation of solutions and mitigation methods.

In a recent survey conducted by Heathershaw and colleagues, the findings of which will be published in the International Journal of Human Rights, 67% of UK social scientists stated that they felt that academic freedom was under threat in their institution. However, when asked if they knew whether there were ‘any policy guidelines or procedures in your department regarding academic freedom’, 65% said they didn’t know. A situation where social scientists are both concerned and uninformed about their basic rights is itself troubling, and suggestive of a failure of governance.

While staff participation might initially slow down the pace of change, greater staff support has the advantage of much more effective implementation of new policies and protocols in the future. Universities should not merely ‘consult’ their faculty (and students) after new policies have already been mooted or new initiatives launched. Rather, as the cross-institutional faculty-led Academic Freedom and Internationalisation Working Group recommends, they should involve faculty from the outset and in every stage of the process – including in key decision making and in the formulation of policy.

This post draws on a policy primer “University Governance and Academic Freedom”, published by the Academic Freedom and Internationalisation Working Group. The group have also developed a Model Code of Conduct for UK HE institutions, designed to enable them to adopt common responsibilities embedding transparency and accountability to safeguard and strengthen academic freedom and the academic community from risks arising specifically from internationalisation.

John Heathershaw is a Professor of International Relations at the University of Exeter, where his research addresses conflict, security, and development in global politics, especially in post-Soviet Central Asia.

Andreas Fulda is Associate Professor at the School of Politics and International Relations, University of Nottingham, and his research focus has been on democratization studies, EU-China relations, citizen diplomacy and academic freedom.

Andrew Chubb is a British Academy Postdoctoral Fellow at Lancaster University studying the politics and international relations of China, and author of PRC Overseas Political Activities: Risk, Reaction and the Case of Australia (London: RUSI, 2021). 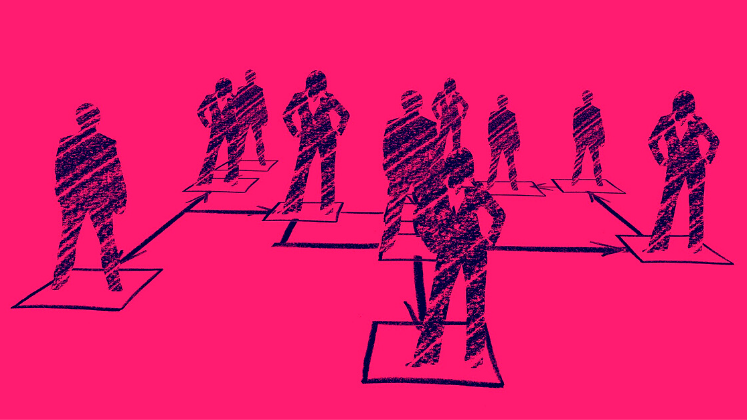