As the COP26 summit gathers pace, Tim Forsyth reflects on the role played by expert knowledge in shaping the potential outcomes of the summit. As a consensus begins to emerge around Net Zero targets and Natural Solutions to climate change, he suggests that an easy consensus based on these judgements, risks eliding complex social and political questions that pursuing these courses of action could lock-in.

Expert knowledge is often used to establish certainty about contested political problems. Yet, the costs of establishing certainty are often not examined.

Take the countdown to the COP26 conference on climate change in Glasgow this week. A recent academic study showed that there was more than 99 percent consensus that human activities were contributing to contemporary climate change. These kinds of reports are designed to demonstrate—once again—that anthropogenic climate change is a reality, and to invalidate suggestions that countries should not fight climate change.

So, is that it? Well, not quite. Take for instance the additional claims that are often made alongside this statement that are frequently less scrutinized yet are often presented as expert consensus by governments or activists.

The first of these claims is the call for “net zero” emissions. Net zero means that countries, companies, or indeed individuals, should balance the greenhouse gases they emit with actions that take greenhouse gases out of the atmosphere, such as tree planting. These initiatives are now widely discussed as ways for countries to achieve their commitments under the Paris Agreement on climate change.

Net zero emissions are usually justified by analysts who want to see a fast reduction in contributions to global atmospheric greenhouse gas levels. Yet, these discussions often ignore the political challenges about how this can be done, or who wins and loses from these plans. There are two common concerns. The first is that net zero will be achieved through a series of tradeoffs that take insufficient action to limit emissions from existing activities in industries and cities, and instead seek to offset these emissions through large-scale tree planting somewhere else in a country, or indeed in other countries. The second is a concern about the potential negative human rights impacts on rural communities or countries where widespread tree planting is planned. These impacts can include reducing opportunities for agriculture, displacing people, or placing unjust restrictions on these populations who have contributed comparatively less to climate change than others. Indeed, there has been a long-term discussion of the potential negative effects of poorly planned carbon-offset forestry on local development. These concerns can also include doubts about whether forest, or landscape-focused, climate policies can actually deliver required reductions in gases.

Net zero emissions are usually justified by analysts who want to see a fast reduction in contributions to global atmospheric greenhouse gas levels. Yet, these discussions often ignore the political challenges about how this can be done, or who wins and loses from these plans.

Economists such as Nicholas Stern have always emphasized that commitments to net zero should be based on wholesale transformations in industrial technologies, such as energy, as well as careful landscape management. Yet, for many current proposals, there is a need to see that net zero commitments are not self-contained actions referring only to the activities of countries signing up to them. Instead, they also involve ventures that affect people and places in ways that are not always transparent. Simply asserting that humans have contributed to climate change should not reduce attention to what actions might then seem logical to address this. 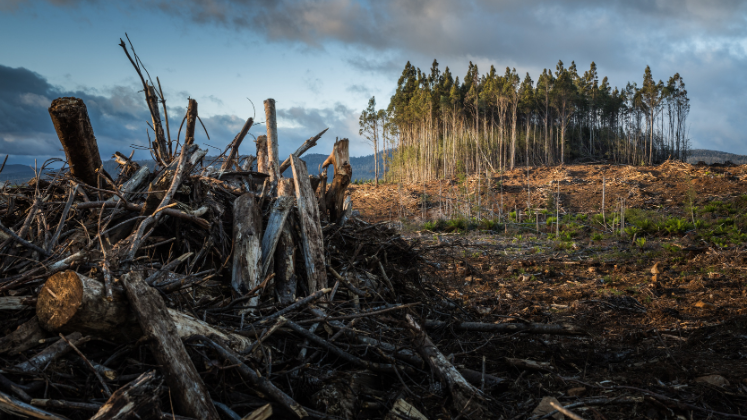 A second claim that is often linked to net zero, is nature-based solutions, or actions that can combine the sustainable use and protection of ecosystems with activities to support human well-being. They have also received support from the UK government, especially from environment minister Lord Goldsmith. Indeed, in January 2021, Boris Johnson said “We will not achieve our goals on climate change, sustainable development or preventing pandemics if we fail to take care of the natural world that provides us with the food we eat, the water we drink and the air we breathe.” Before COP26, Johnson added that “planting millions of trees” was also part of the UK’s climate change policy.

Nature-based solutions are attractive because they offer the possibility of combining climate change objectives with conservation of biodiversity and restoration of ecosystems. Indeed, proponents have promised “a just, green and nature-positive recovery” for the planet. The environmental NGO, The Nature Conservancy also projected that so-called “natural climate solutions” can provide 37 percent of cost-effective greenhouse gas mitigation required for a 66 percent change of holding warming to below 2°C—a statistic often repeated by other organizations.

Yet, these projections have also been widely criticized because they were potential carbon absorption by “natural” ecosystems based on various implausible assumptions. For example, roughly half of this projection comes from afforestation or reforestation requiring nearly 800 million hectares, or roughly the size of Australia, which was mostly proposed for Latin America. There was no discussion of the political or social costs of these actions, or that such figures imply switching wood production to tree plantations, which simultaneously act as carbon sinks. Critics, such as the Rainforest Foundation UK therefore allege that “nature-based solutions” are neither solutions nor natural: they exaggerate mitigation benefits, and they potentially endanger local peoples’ rights.

achieving “certainty” through expert knowledge can hide other, more challenging, questions, and undermine the objectives of environmental policy in the long run.

In October 2021, the UK Parliament International Development Committee published a report on the theme of UK climate action and COP26. This report was prepared by a cross-party group of MPs in consultation with expert witnesses drawn from fields of climate science and development. This report questioned the UK government’s “default position” of investing in nature, and listed various concerns about poorly conceived nature-based solutions. This report instead urged that government policy pay more attention to the drivers of vulnerability to climate change, rather than those that emphasize tree planting or net zero alone.

The point of these criticisms is not to weaken climate change policy, but instead to strengthen it. There are significant questions about how far current strategies for net zero, or nature-based solutions, can actually produce greenhouse gas reductions necessary. Moreover, there is evidence that some approaches to tree planting or nature-based solutions can also make poorer people more vulnerable, by undermining sustainable development in poorer countries.

As the COP26 conference takes place, it is worth looking at different claims about expert knowledge critically. Do these statements open up debate about how to achieve climate change policy? Or do they shut down debate by apparently justifying policies that need more scrutiny? Climate change negotiations have already seen much progress from the Kyoto Protocol in 1997, which focused largely upon achieving targets, to the Paris Agreement in 2015, which addressed a far wider set of objectives including building capacity and reducing vulnerability. This reflects the selective nature by which the policy response and challenges posed by climate change are framed and addressed. As such, achieving “certainty” through expert knowledge can hide other, more challenging, questions, and undermine the objectives of environmental policy in the long run.

Tim Forsyth is Professor of Environment and Development at the London School of Economics and Political Science. He was a specialist adviser to the UK Parliament International Development Committee inquiries on climate change and aid, and on UK climate action and international development around COP26. 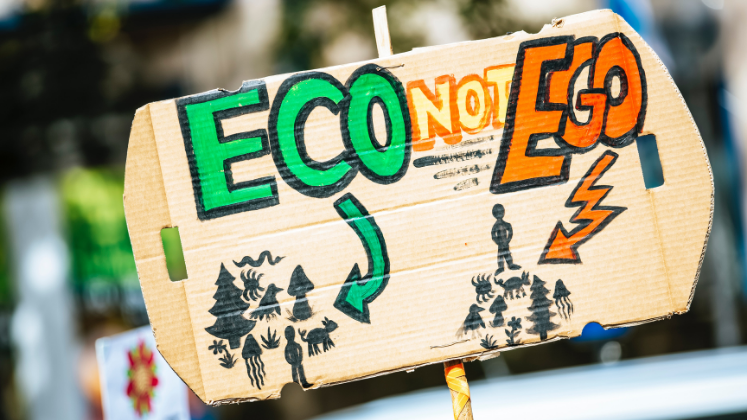