A significant impact of COVID-19 lockdowns on academic life has been the way in which it has necessitated almost all traditional features of academic work to be mediated via screens. What is less frequently remarked on is how this ‘pivot to digital’ may also be shaping research via other media, specifically the rise of audible research content, such as podcasts. In this post, Mark Carrigan, reflects on how research listening has shaped his own practice and how an implicit assumption of its secondary relationship to reading, may limit our appreciation of engaging with research in a multi-modal fashion.

A frequent conversation during the pandemic has been the impact of screen fatigue on working life. Academics were already reliant on screens, but the online pivot in teaching and academic communication meant that even the periods of the working day, which were formerly respites from a monitor, were now mediated by screens. Personally, I found it particularly challenging, as someone who lives apart from my partner, with evening video calls proving much more difficult to relax into and enjoy, once Zoom became the overriding feature of my typical working day. The reliance on screens has come to feel wearying for many, with the pandemic drawing attention to the extent of our reliance on these interfaces.

While hybrid working was always a feature of academic life to some degree, the disruptions of the pandemic suggest a return to pre-pandemic patterns of behaviour seem unlikely, for either meetings or conferences. In both cases it will be difficult to return to the previous default of face-to-face and hybrid interactions are already becoming a routine part of academic work. This might not mean you’re spending as much time meeting through screens as you did in 2020, but increased screen time will be a continued feature of academic work as we begin to transition into a post-pandemic university.

During the pandemic there has also been a widely documented increase in the popularity of podcasts. The available data relates to the popularity of podcasts in wider society (e.g. here and here), but I’d suggest the same trend is present within higher education. Afterall, academics are inevitably caught up in wider technological trends because, at risk of stating the obvious, we aren’t just academics. The pandemic may not have driven this trend, but it seems plausible there is a relationship, even accounting for the fall in commuting time which might depress engagement with digital audio.

academics are inevitably caught up in wider technological trends because, at risk of stating the obvious, we aren’t just academics

As someone who has been producing academic podcasts since 2010, there now appears to be a greater awareness of them and higher engagement with them. The newly mainstream character of blended learning has significantly increased the appetite for digital audio, which can be deployed as a pedagogical resource. Furthermore, there seems to be a significant pool of scholars for whom listening has become a significant mode of engagement with ideas and we need to grapple with what this means for knowledge production. This might be using audiobooks rather than codex books, or using text to speech services to listen to documents, such as journal articles, rather than read them. These are just a few examples, but it’s useful to see them in terms of a broader transition which is unsettling the pride of place accorded to reading within higher education.

Screen fatigue may be the immediate cause of a shift to listening, but it’s also part of a longer trend predating the pandemic. This points to a risk that we construe listening in deficit terms, as an inferior way to engage with texts. This would be ableist in its assumption that these technologies (many of which have assistive origins) represent a second best to the ‘real’ work of reading. Obviously, a focus on listening can itself be exclusionary and this is why we need a serious conversation about how to build inclusive practice (e.g. institutionalising transcription), which overcomes the cultural baggage associated with books and reading within higher education. Doing this involves being sensitive to the cultural capital associated with the codex book or printed journal and lacking in the form of audio, particularly when it is played through the mobile phone, which finds itself blamed for an implausible number of the contemporary world’s problems. The fact that even books are increasingly engaged with in electronic form does little to detract from the aura of profundity which surrounds them.

I hope we can get beyond these assumptions, because I’m convinced this turn towards listening could be enormously valuable for scholarship in expanding the range of ways in which we talk about, share and engage with ideas. Doing this would mean engaging with listening on its own terms, rather than seeing it in comparison with reading. For example, as Zachary Davis recently observed, “I don’t think there’s anything that sparks conversation quite like a good podcast episode”. Ideas come to life in different ways through listening to dialogue rather than reading a text. For qualitative researchers listening has been an integral part of practice, both in the fieldsite and when working with data. It is seen in terms of direct connection with voice, rather than a poor alternative to text. We often approach audio in terms of what it can’t do, but we rarely apply the same critical gaze towards text unless we’re specialists in multimodality. This doesn’t suggest we should elevate it, but rather recognise that it has its strengths and weaknesses and use these to inform the scholarly practices we develop around listening.

For qualitative researchers listening has been an integral part of practice, both in the fieldsite and when working with data. It is seen in terms of direct connection with voice, rather than a poor alternative to text.

For example, the most persistent difficulty I’ve found is with recording quotations and references. I’m currently listening to the audiobook of Walter Lippmann’s Public Opinion. It has proved more immediately relevant to my work than I imagined and I’m writing this having spent a couple of hours listening to it and making occasional notes in Omnifocus before writing them up in Roam. This is fine at the level of general impressions. The handful of one sentence notes I made in my organiser is sufficient to write up a few paragraphs in my notebook when I’m doing it within a few hours and the content is fresh in my mind. However, it’s more difficult when it comes to evocative phrases the author uses or pinning down the specificity of a definition. If I’ve captured a quotation with at least some degree of accuracy I can find it in Google Books, but I’m often confined to snippet view and there are no page numbers provided.

If I persist this leaves me within the realms of looking through secondary literature, buying a digital copy of the text if available, or going to a hard copy of the book from the university library. At least one of the points I’m stuck on (Lippman’s definition of ‘public affairs’) is sufficiently important to my work that it’s likely I will do one or more of these things. At this stage though it does feel like the convenience of listening, the languorous ease with which scholarly engagement can be incorporated into daily routines, begins to fade away and it leaves me wondering if I should have just acquired the codex book in the first place. The Audible app offers a potential solution through its clipping and notetaking feature, which saves a short clip (with the default set to 30 seconds) and allows a title and note to be appended to it. I’m slightly reluctant to tie myself further into the Amazon ecosystem given how weighed down I already feel by a decade’s worth of Kindle books and notes which make it difficult to extricate myself from this firm. This might nonetheless prove to be the most tenable solution to the problem.

Perhaps we should also assess auditory fatigue alongside screen fatigue. I experience a limit to listening which is increasingly familiar: a sense of being over saturated and unable to hear myself think. There are also physical discomforts associated with wearing headphones for long periods of time and practical difficulties which can be caused by not wearing them in some environments. My point is not to valorise listening over reading, but rather to recognise the increasingly multimodal character of scholarship in order to help academics develop practices which work for them, informed by an appreciation of the constraints and enablements of each. I suspect if we don’t we’ll increasingly see what we could term ‘shadow scholarship’, in which there’s a widespread practice that isn’t professionally acknowledged and doesn’t benefit from being an object of professional discussion and debate.

Imaged Credit adapted from Naobim via Pixabay and Ugur Akdemir via Unsplash. 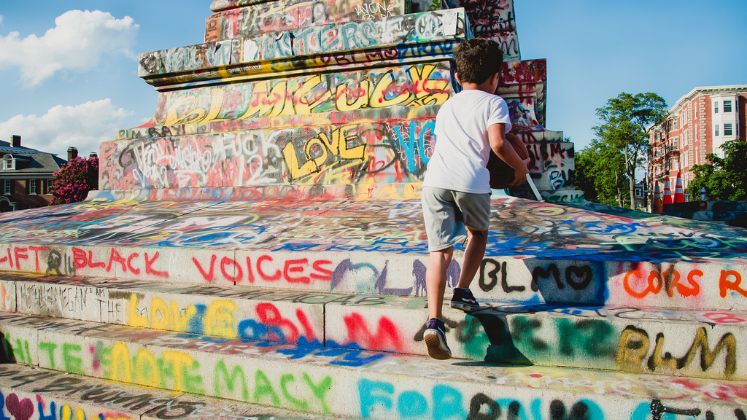 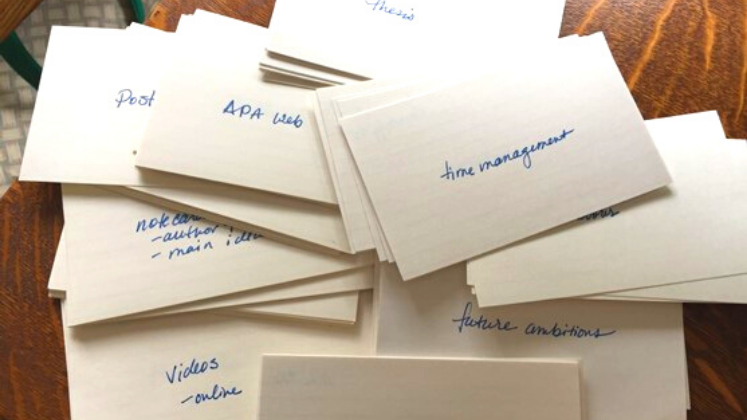 Authors over automation: 3 Steps for better alt-text and image descriptions in academic writing 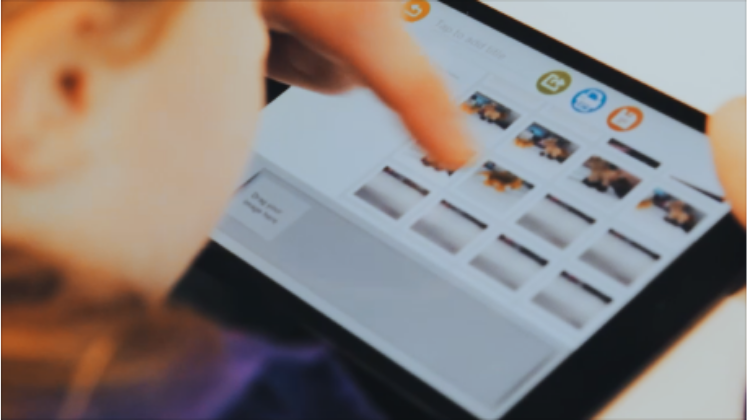 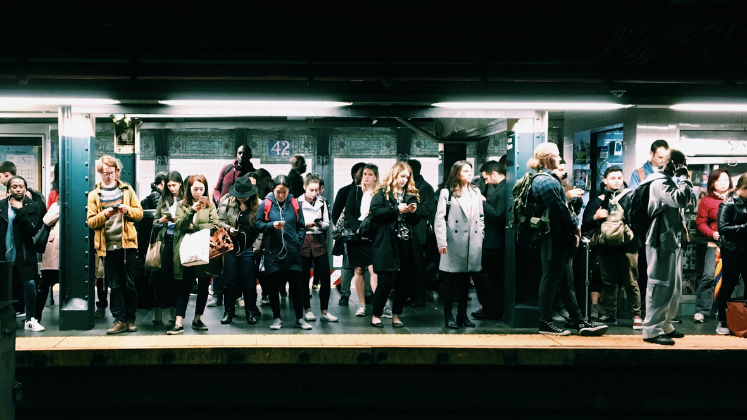