This article was published by the World Bank on 10th November, 2014.

Across all recorded history, 99% of humanity has never invented a single thing. Yet, it is a truth universally acknowledged that long-run sustained progress in economic well-being arises from human creativity and innovativeness. In this regard, the average human and indeed the great majority of humanity over the last seven million years provide a completely misleading guide to what is possible.

Misapplied, the Law of Averages misinforms.

This is why, seemingly against all odds, every nation exhorts its people to be creative and innovative. It is why, apparently against all common sense, every country wants to claim Nobel Prizes for its citizens. Now and then a place as unlikely as Cyprus triumphs. For human success the average is not at all informative as an indicator of what is possible. Otherwise, humanity would still be where it was 7 million years ago.

Yet, when we contemplate the economic success of nations we are easily tempted to fall back on what we know about the average of nations: China cannot keep growing at better than 6% a year because no other country has for as long.

For at least two reasons, we should resist that seductive appeal. First, success is, as just-described, necessarily different from the norm. The average or even the great mass of the distribution of people or of nations simply isn’t revealing as a guide to what can happen. Second, perhaps even the typically-regarded growth decelerations and crashes in the data samples we do consider aren’t really failures after all.

Singapore, in one of the most spectacular of economic accelerations, saw its per capita GDP grow at over 6% per annum for over a decade.

But Lant Pritchett and Larry Summers (Asiaphoria Meets Regression to the Mean, 2014) document how after 1980 Singapore’s growth rate plummeted to a figure 4 percentage points lower than during that period of success. They note that Taipei,China and the Republic of Korea displayed similar trajectories. All these economies saw a growth spurt. Then they all crashed.

The theme that Singapore’s growth trajectory is fraught with imminent failure is of course long-standing. Twenty years ago this year, soon after the collapse of the Soviet Union, Singapore was the target when the world’s most influential economist wrote:

Pritchett and Summers use these examples to draw a salutary lesson on how China’s economy to date has already massively defied the statistical odds. It cannot continue to do so. The harsh reality of statistics alone tells us China will almost surely crash as well.

But if China were to go the same way, would that be so awful?  What has actually been achieved by the abortive runs of economic over-heating in Singapore and other East Asian false miracles?

In the first half of the 1960s Singapore’s per capita GDP amounted to 16% of the US’s; Taipei,China, 13% of the US; Korea, 7%. The graph shows what unfolded in the PWT8.0 data typically used to study cross-country statistical regression to the mean. By 2007-2011 the US economy was, obviously, seeing dramatic slowdown from the Global Financial Crisis. But then so were all other economies. Indeed, throughout this period pretty much all economies rose, fell, grew fast, and slowed dramatically in turn.

Fluctuations are a fact of economic life. What happened by the end? Averaged over the last 5 years of the sample Singapore’s per capita GDP had grown to 116% that of the US; that of Taipei,China, to 65% of the US; Korea, 62% of the US. Even before the 2008 Global Financial Crisis, Singapore had already overtaken the US. 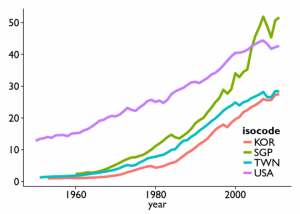 Given the impression that these are economies that had crashed and burned, Singapore, Taipei, China and Korea have not done badly at all. Indeed, today Singapore is more a first-world country than is the US.

How have varying patterns of economic growth advanced a nation’s well-being longer-term? Statistically-defined growth decelerations certainly featured in the growth trajectories of Singapore and other East Asian economies. But does that mean those economies have failed?  No.

This is not to under-estimate the significant political and social problems now emerging in the fabric of Singapore society. Inequality is high. The historical social compact between the population and the ruling party badly needs updating. But all that textured variety of economic and political life is not the principal contention here. Interest lies simply in the statistical behaviour of measured per capita GDP.

China might of course do even better than all these others in the future.  But to succeed perhaps all that China really needs to do is to fail as spectacularly as Singapore. 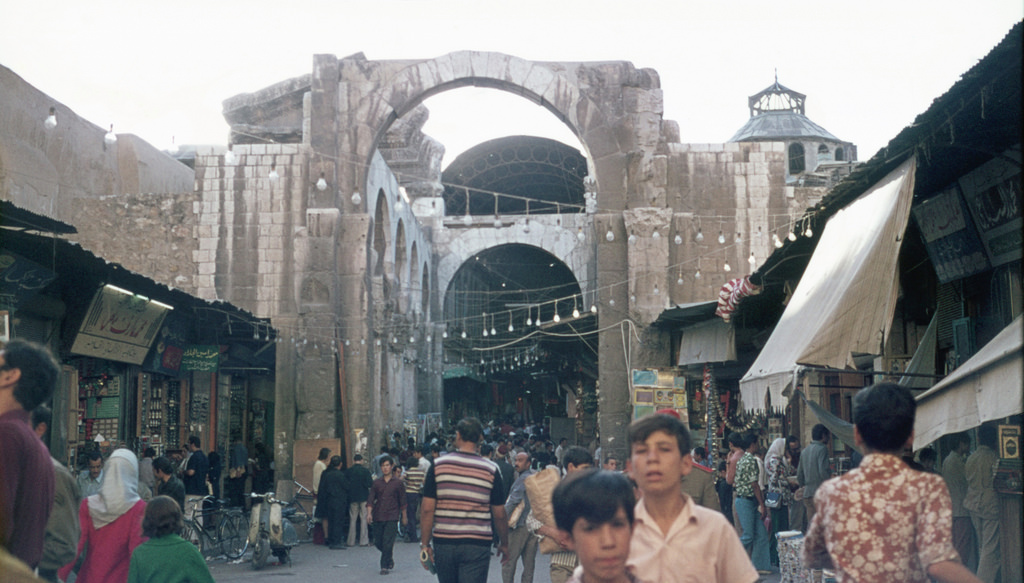 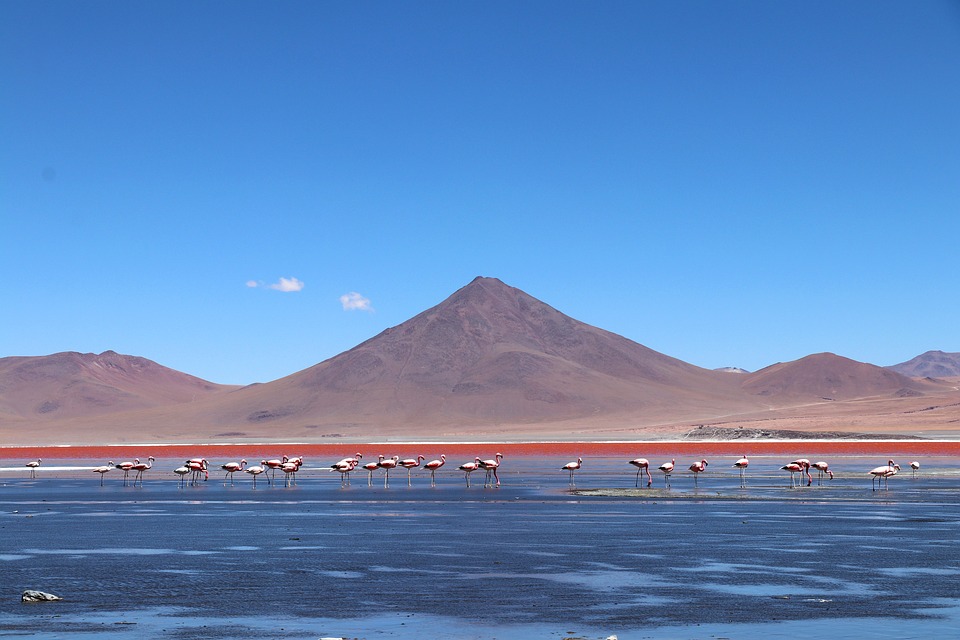