This is a specially invited contribution from MSc Development Management students about the 2014 Cumberland Lodge Workshop, written by Dorothy Ferary and Genevieve Imbali. 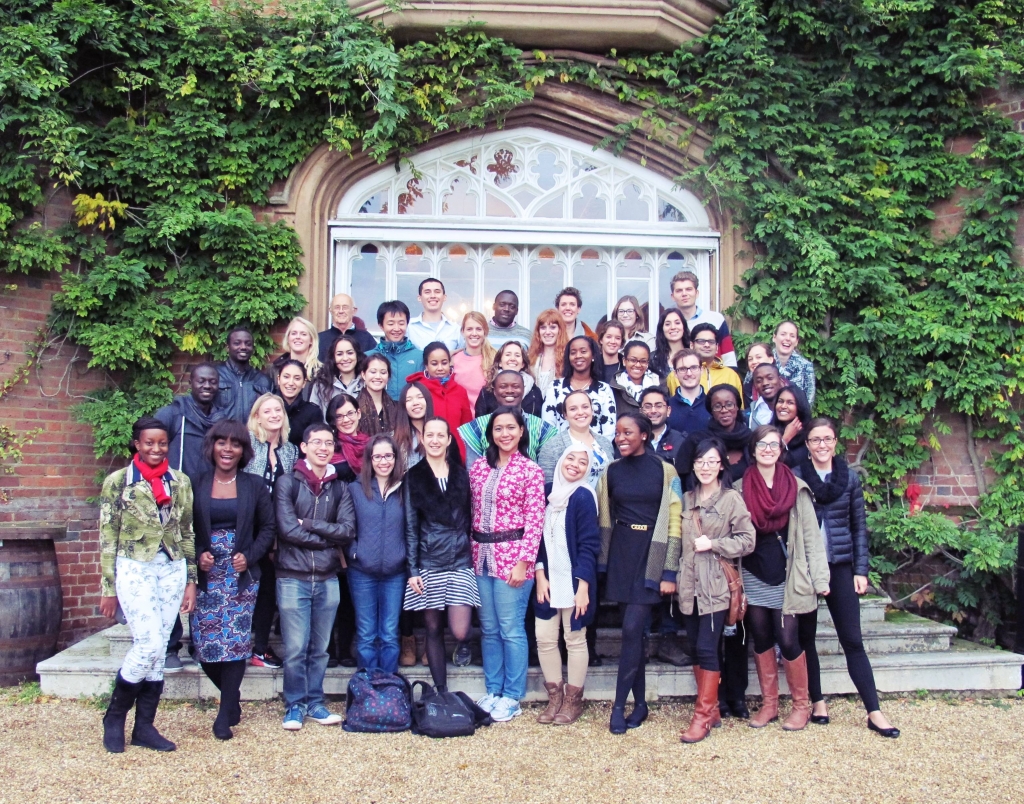 On the 31st October, 46 MSc Development Management students and four LSE International Development staff; Professor Teddy Brett, Professor Raymond Apthorpe, Dr Silvia Masiero, and Anouk Rigterink, went on a trip to Cumberland Lodge in Windsor Great Park. The long journey (due to exceptionally heavy traffic) wore some of us down but, fortunately, the majestic architecture and royal atmosphere of the Lodge made up for it.

The evening got better with a sumptuous dinner followed by an interesting film screening of “Favela Rising”, a documentary about Anderson Sá – a former drug trafficker, who co-established the grassroots movement, AfroReggae. The movie projected Sá’s life story and how he chose to leave his drug cartel after losing his brother to pursue a better way of life. After the screening, some of us proceeded to the Lodge bar to discuss the intriguing movie, while others could not wait to put their heads down! 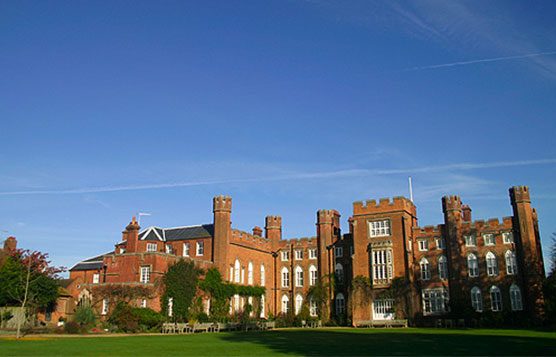 The second day began with a lot of zeal, probably because most students were excited about the planned schedule for the day.

Jack Newnham, from Price Waterhouse Coopers, was very resourceful in sharing insights on the link between development agencies and the private sector. Having worked for different international organizations in different parts of the world, he was instrumental in providing us with first-hand experience about the international development job market.

Dr Shamel Azmeh’s session on the socio-economic roots and consequences of the Syrian crisis provided us with invaluable knowledge of the intractable crisis in the country. This stirred both constructive and controversial debates among the students, with some arguing that we should provide solutions to the crisis, and others concurring that it is better to know the cause of the crisis. Coincidentally, this is in line with LSE’s motto: “To know the causes of things”. Maybe that debate will continue on a different day, on a different platform!

After a long walk through the lush green grass of Windsor Great Park, we had a short session with Professor Raymond Apthorpe, who shared his experiences of conducting an anthropology report on nutrition in Syrian refugee camps. Having to stay in a refugee camp, he noticed several things that went wrong and wrote his report based on his observations. Unfortunately no action was taken based on his research, which left us all with bigger questions to ponder about working in the development realm.

The proverb “All work and no play makes Jack a dull boy” came to life in the evening when everyone left their rooms to engage in different activities. Some opted to play games while the rest took to the dance floor – including the vibrant Professor Teddy Brett, who gave the youngsters a run for their money by displaying his prowess on the dance floor. Cultures from across the world were displayed and this was not only spectacular but also enriching. 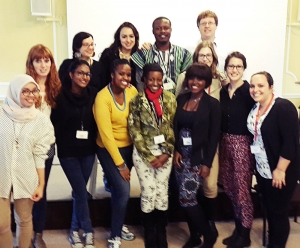 The students are all smiles after the Perspectivity simulation game. Photo: Benazir Syahril

On the last day, we were excited to take part in the captivating “Perspectivity Game”. In this session, students were divided into teams of two. Each team played against five other teams. The teams started with equal resources and were supposed to expand their virtual economies by building factories and roads. The teams had the option of building either clean or dirty factories; it was cheaper to build the latter and most teams chose this option. However, environmental degradation caused by the numerous “dirty factories” was rife. This led to climatic disasters and teams starting losing property; either factories or roads. After several disasters, we realized that we needed to have a general consensus to avert these crises. Some teams created resolutions that would impose strict penalties on those teams who were building dirty factories; this reduced the disasters until the end of the game. Following the game, we had a reflection session to discuss the lessons learnt and their application to real life situations.

In a nutshell, the trip was a great way to make new friends and spend more time with our classmates. Sometimes we focus so much on our lectures and reading lists that we forget to make time to get to know the other students in our programmes. Lastly, of course, this was a great learning experience that equipped us with invaluable skills that aren’t always obtainable in a classroom setting. We would definitely recommend this trip to all future students to experience for themselves!