With the situation in Greece never far from the world stage various different solutions have been put forward to solve the economic crisis. In an article for The GW Post LSE International Development PhD candidate Konstantinos Myrodias and LSE Public Policy graduate Panos Chatzinikolaou look at whether the BRICS (Brazil, Russia, India, China and South Africa) New Development Bank is a viable option.

In today’s international stage, it’s more than clear that the BRICS have established the New Development Bank to challenge the Western dominance in the global economy. The United States, in the aftermath of its Second World War victory has created an economic, political, and ideological hegemony on a global level. International Financial institutions such as the International Monetary Fund and the World Bank became the symbols of US global economic and political hegemony. This seemed to be unchallengeable, especially after the demise of the Soviet Union, when the global economy was growing and standards of living in most western countries were steadily rising. However, developments in the World economy during the last decade and the emergence of other economic powers such as BRICS, along with the global economic recession of 2008, which hit Europe particularly hard, have created a new global economic environment; an environment that has left Western economic hegemony more vulnerable than ever before. The question that arises, therefore, is clear and simple; who is going to fill the void?

Based on their economic dynamic and developing economies, the BRICS are trying to challenge the international economic and political status quo and through the establishment of their own Bank to increase their role in the global financial and political scene. China’s, Russia’s, India’s, Brazil’s and South Africa’s decision to provide higher funds to the New Development Bank than the IMF and World Bank, highlights the BRICS’s determination to hit the International Financial establishment in a time when it is especially vulnerable.

In this period of global antagonism, the BRICS are aiming to take advantage of the West’s political deficiencies. Greece has been for years the main concern in the ‘Western’ economic camp and Eurozone’s weak link. The IMF, ECB and European Commission have not yet reached an agreement with the new Greek government, which aims to end the continuous economic and social deprivation of the country. 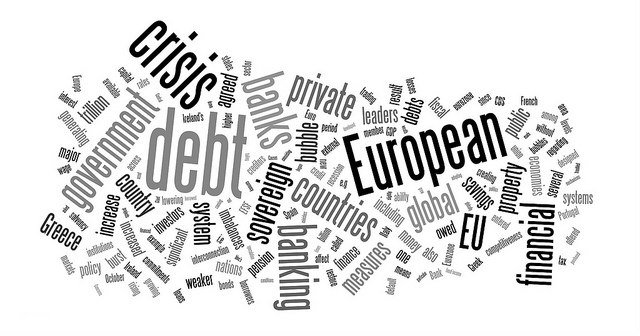 This generates an unprecedented opportunity for the BRICS and of course Russia to break the Western monopoly to the management of global economic affairs. Russia’s involvement in the heart of the ‘Western camp’- the Eurozone – to save one of its members, should be considered as an attempt to play a more active role in the World economy and to get involved in European Union’s internal affairs. Russia by luring Greece through economic assistance aims to take advantage of the ‘Western Camp’s’ fragility, and, by following the example that the USA has set for many decades, aims to use this economic assistance as a means of political influence. The BRICS’ invitation to Greece is Putin’s next move in the chessboard between Russia and the West.

This might be the start point of a new battle between the West and Russia in political, economic, but mostly in ideological terms.

Is BRICS Bank an alternative for Greece? The new Greek government, in a desperate economic and political situation, interprets this invitation as an alternative source of economic assistance to avoid bankruptcy or at least as leverage to maximize its chances for a gainful deal in the bargain with the EU and the IMF.

However, the New Development Bank has been established solely to fund projects within a country, such as the creation of new highways or hospitals, but, as the heads of the five states that compromise the Bank have stated, certainly not to fund a country to the extent that it avoids bankruptcy.

Not only is BRICS’ bank not an alternative for the country as it cannot provide that economic assistance that Greece needs to survive, but also the latter seems too weak in economic and political terms to manipulate West- Russia antagonism for its own benefit. Such a strategy is perilous and its results are highly unpredictable.

Except these risks, Greece should consider the big picture; How much different is a ‘Western’ mechanism of financial support than a BRICS’ or a Russian one? Are there any differences in being at the mercy of EU and IMF than being a pawn of Russia and the BRICS in the global chessboard? This is a vicious dilemma.

Greece should think twice before getting involved in a very dangerous game, with everything to lose and nothing to gain.

Konstantinos Myrodias is a PhD candidate in International Development at the London School of Economics, and Onassis Foundation Scholar.

Panos Chatzinikolaou has a MSc in Public Policy at the London School of Economics and is currently an intern at the United Nations Headquarters in New York.