Following the COP22 talks in Marrakesh, Alexander Krauss and Thomas Kastning, argue that politicians are ignoring the solution with the largest potential to mitigate climate change: slowing population growth.

The international community’s sluggish and decade-long attempt at implementing a climate agreement came to an end on 4 November 2016. This is the date on which the Paris Agreement went into power – an agreement that Ban Ki-moon called a ‘monumental triumph for people and the planet.’ But despite the vast impact that people have on the planet through rapid population growth and its enormous pressure on our finite resources, we have largely turned an eye to an obvious but polemic solution over the years.

At Napoleon’s time, only about one billion people lived on this planet. By 1960 it was three. Today we are more than 7.5 billion. Like rabbits on an island with a seemingly unlimited food supply. The human race has, within just a fraction of its existence, increased more than sevenfold. And no scientists are able to provide a precise estimate on how long these trends will continue. Each additional person however requires water and food, housing and electricity, a school and a hospital – and they want cars and to be able to travel. But why is the challenge of tackling high population growth so pressing? Because it constantly increases consumption levels and depletes natural resources often quicker than the rate of regeneration. Because it generates vast quantities of non-biodegradable waste. Because it has driven deforestation and produced massive amounts of CO2. Population growth thus has a central influence on resource depletion and anthropogenic climate change – and these three pressing global challenges cannot be separated from one another. 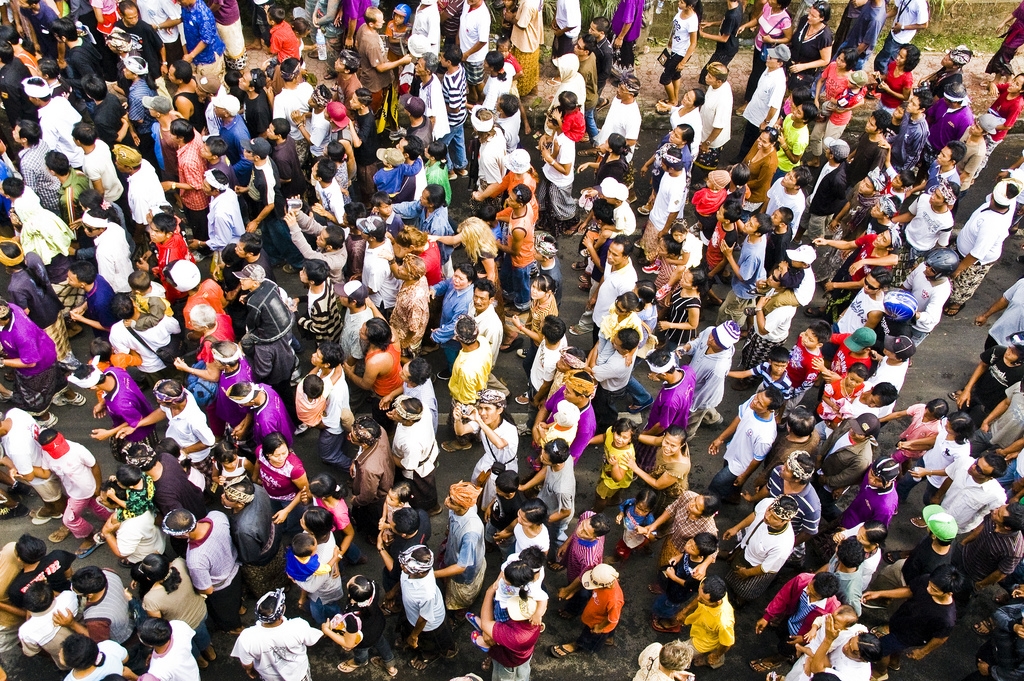 The difficult task of understanding fertility choices and climate change

A central issue here is related to ‘hyperbolic discounting’ – a term used by psychologists to refer to the unsurprising phenomenon that people tend to value the here and now more than the future. It helps explain why people around the world tend to have many children and do not weigh the related social and environmental costs accrued to future generations. Countless scientific studies show the same human behaviour across different contexts: When asked, for example, whether they would prefer to receive 100 Pounds today or 120 in six months, study participants tend to choose the 100 Pounds right away. That ‘a bird in the hand is worth two in the bush’ is something that people have always known. Our present-focus and our discounting of the future are central to understand our attitude towards fertility choices and climate change. But here we are not talking about six months, rather about decades and centuries. Our brains simply do not seem to have evolved – in terms of evolutionary psychology – for this type of future-orientated thinking. Responsibility and pre-emptive action for future generations appear to be difficult concepts for our human mind to grasp.

Going beyond current policy approaches and thinking outside the box

What if private television can contribute to tackling these joint global challenges? A study published in the renowned American Economic Journal shows how the television production company ‘Globo’ in Brazil significantly contributed to reducing the number of children per woman since the 1980s. Through its popular Telenovelas, Globo presented as a family ideal 0 – 1 children instead of 4.4 children per women which was the national average at the time. The study shows that women, who watched these series over the years, gave birth to fewer children. Is this a coincidence? Are there other influences? The names that mothers gave their newborns point to the influence of the Telenovelas. In those regions covered by Globo, not only did birth rates reduce, but at the same time above-average shares of children were named after the protagonists from the series.

And many other policy options exist. But in particular all governments need to ensure that girls and young women stay in school longer and progress to higher levels. This is critical as education is seen as one of the most important factors for reducing birth rates and thus the number of potential CO2 producers. Referring to the Paris Agreement, Homi Kharas, Deputy Director at the Brookings Institution in Washington DC, views it similarly – he stresses: “Unfortunately, the cheapest, most cost-effective mechanism for reducing emissions does not seem to have been considered by the international community. It is […] girls’ education, that is far more likely to result in lower carbon emissions than a shift to renewable […] or any other strategy now being contemplated.” But it is not just about more education. Governments need to deliver good quality education including sex education (from contraceptives and family planning, to abortion), with estimates of about 40% of pregnancies being unintended worldwide ranging from about 16% in the UK to about 50% in the US, for example. Good quality education also means including curricula in which population, environmental and climate subjects are likewise taught early on.

But why is it that women with higher levels of education consistently have far fewer children than those with lower levels of education across the world? Likely because they tend to become more emancipated, make more decisions about family planning and acquire qualifications to enter into the formal workforce. So governments have an important role to play in providing equitable education and labour opportunities for women.

Beyond longer-term strategies much needs to happen right away

Across the world many governments still have not legalised abortions. They still do not provide effective contraceptives and family planning. They still have not removed all income tax deductions and other incentive schemes (like paid maternal leave) for having more than two children. Some progressive governments could possibly go a step further, providing tax deductions for those who have only one or no children, internalising the environmental costs of each person into the prices of goods, or even discussing the possibility of implementing a birth tax (a tax paid at birth for each child). For some on the other end of the political spectrum, these may however sound too similar to China’s draconian one child policy or India’s sterilisation policies in the 1970s.

With a range of policy options but limited public resources, policymakers often want to know which measures may have the greatest impact on simultaneously reducing fertility and mitigating climate change? A study in the US, for example, shows that the carbon emissions of one individual are estimated to be 20 times the amount of emission reductions we may attain by making a conscious effort to reduce our carbon footprint – among other things by for example transitioning to electrical cars and using LED light bulbs. Regardless how we calculate it the difference is enormous, when we compare a new person, who is not yet given birth to, with an already existing person, who in order to survive consumes, depletes resources and produces CO2 on a daily basis – and does this 365 days a year lifelong. (So just by being born we are vastly contributing to the problem.) The good news: Population policy would cost governments much less than nearly any other policy option to mitigate climate change, from developing lower-carbon energy, to producing carbon capture and storage technologies.

But decreasing fertility rates, while essential to reduce emissions going forward, is not enough alone to tackle global warming in light of existing population levels. Countless things also exist here that we can do – from avoiding air travel, which brings about the maximum damage that an individual person can legally do to the environment, to abstaining from meat, which makes up some of the largest shares of global greenhouse gas emissions given the related resources the industry requires for production.

Yet the belief that more scientific and technological developments will somehow save us has proven to be precisely that, a belief – because despite such developments over past decades we still observe negative trends on most climate measurement indicators. Such technical developments, which have been closely coupled to increased consumption, are always tied to using resources. Finite resources. So what are the implications? People must give up the illusion that they don’t have to fundamentally change their behaviour: learn to have fewer children, and consume less, more sustainably and more locally.

If we take these interconnected global challenges seriously, we need to grab onto every viable policy measure we can. Despite the uncertainty in being able to fully understand all the complex factors shaping fertility choices or climate processes. Despite the difficulties related to taking action now for the good of future generations. In terms of the precautionary principle: The risk is simply too high to take. It may be about nothing less than the survival of the human race. Because, from Afghanistan to Zambia, we are all together on this island called Earth – an Earth that existed long before our arrival and will surely exist a while after us.

Alexander Krauss is a visiting research fellow at LSE’s CPNSS, and he also teaches at University College London. His postdoctoral research focuses on the limits of science and scientific methodology.

Thomas Kastning is an author and previously worked for political foundations and trade associations, among others for the German African Business Association.