MSc Development Studies alum Alejandra Padin-Dujon looks into privatization and a lack of transparency within international climate finance, taking the UK’s approach as a case study.

Climate finance flows from high-income countries to low-income, low-emitting countries are a necessity in the fight against climate change. There is no way that cash-strapped, often-indebted developing countries can afford the decarbonization, adaptation, and disaster management required in an age of climate crisis without considerable financial support. In turn, we must ask ourselves as citizens of the Global North: are we willing to let the vulnerable suffer, and suffer grievously, for our willful mistakes?

Copenhagen, 2009: the answer appeared to be “no.” High-income countries banded together at the UN Climate Change Conference, committing to collectively raising $100 billion annually for international climate finance (ICF) by 2020. While this quantity would not approach estimates of the true cost of climate change, and while 2020 came and went without attaining the target, setting the goal was a milestone.

The UK, for its part, eventually pledged to mobilize a total of £5.8 billion in climate finance by 2020-21. The government did hit this target. But where did that money come from, where did it go, what was the impact, and how do we know?

The ‘private’ in climate finance

One might be forgiven for supposing that public international commitments to climate finance involve altruistic, if inadequate, gifts of public money. In reality, only about one-fifth (21%) of global ICF is public grants. Concessional loans account for about one-third (34%). The rest is nearly all private money (21%) and non-concessional loans (22%). (Non-concessional loans are offered at high interest rates—i.e., at or above market rate—or with shorter grace periods.)

In the UK, from 2011-21, the government estimates that ICF programs mobilized £4.8 billion in public finance and £3.2 billion in private finance “for climate change purposes in developing countries.” That’s 40% private—double the global percentage.

To be considered private ICF, funds must pass three tests:

The last point is where it gets murky: less rigorous, less transparent, and more subjective.

The problem of subjectivity

The UK government admits that:

Calculating the baseline [for private climate investment] can be challenging and will likely involve some estimation and discussions with involved parties and stakeholders to determine whether ICF support influenced their funding decisions.

Historical data “may also be useful in estimating the [business-as-usual] case (for example, average annual levels of investment in a sector or typical project prior to ICF support).” Here, business-as-usual (BAU) refers to the counterfactual scenario in which the world rolled on according to its current state (and potentially trends), without UK ICF interventions. The methods behind modelling BAU scenarios are contentious at best: it’s always difficult to infer what would have happened when, by definition, it didn’t.

However, the method proposed by the government is a red flag. In a world in which investment in green projects is increasing tremendously on an annual basis, historical annual averages will lowball BAU private sector action. This, in turn, will exaggerate the impact of UK ICF and allow the government to claim causality and additionality where there may be none, or only a weak case.

If causality and additionality are compromised, this means that the government could essentially have subsidized, de-risked, or otherwise facilitated private projects that would have received private money anyway—and potentially, a lot of it. This accounting is the illusion of progress, and it could help private business more than it delivers value for public money.

ICF reporting is, at best, opaque. It is scattered, out of date, and difficult to access. The ICF landing page for the UK government lists three departmental links for follow-up and disaggregation of data, as “ICF is a cross-government collaboration led by 3 different departments.” These are the Department of Business, Energy and Industrial Strategy; the Department for International Development; and the Department for Environment, Food and Rural Affairs. Decentralization impedes a careful and comprehensive overview of UK ICF, creating information asymmetries and a stark imbalance of power between civil society and government. This, in turn, complicates efforts to hold government accountable.

Notably, there is no link to the UK’s formal, disaggregated, centralized reporting on ICF to the European Environmental Agency (EEA). I was only able to find this by following Parliamentary Questions: specifically this one, posed 11 July 2022, by Labour MP Kerry McCarthy to Conservative Vicky Ford, in which Ford included a URL to ICF reporting through the EEA—from 2019.

Also notable: even the EEA reporting does not disaggregate private finance mobilization for ICF. While public finance is broken down into various multilateral channels; bilateral, regional, and other channels; and funding for mitigation, adaptation, and “cross-cutting” issues; private finance reporting includes just one decontextualized number. It is furthermore unclear whether private sector ICF partners are required to report the true impact of their interventions and thereby justify receiving public funds.

ICF has turned into an opaque and increasingly privatized endeavor. In the lead-up to COP27 in Egypt, true transparency by the UK government must involve centralized, accessible, and consistently disaggregated reporting about the quantity, provenance, destination, and impact of ICF, including the type of subsidy, investment, or other facilitating action undertaken to mobilize private finance.

Image credit: A boy negotiates flood waters in Beletweyne, Somalia, on May 27, 2016 by Rawpixel / CC0 on https://theecologist.org/.

Posted In: Climate and Environment | Climate Emergency | Topical and Comment 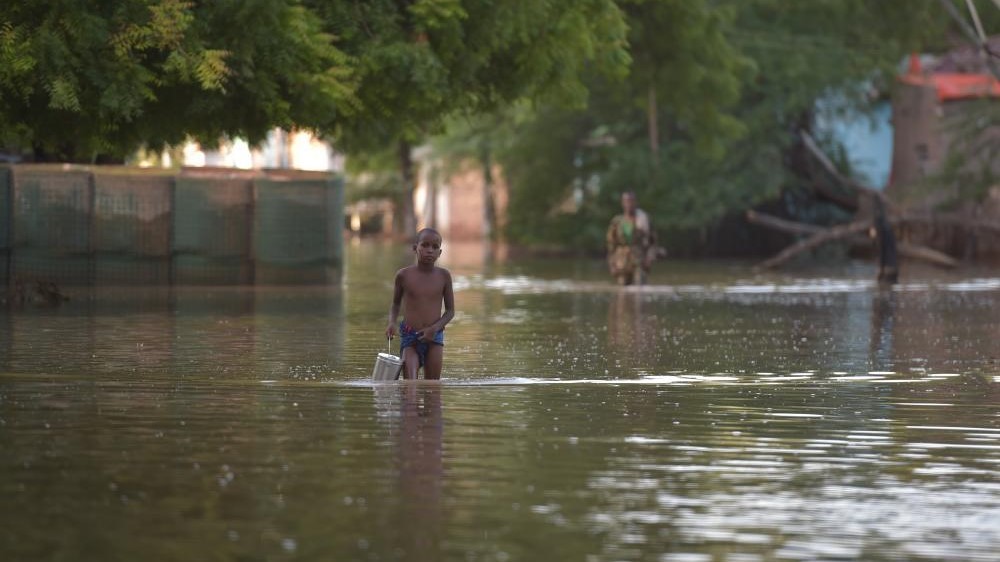 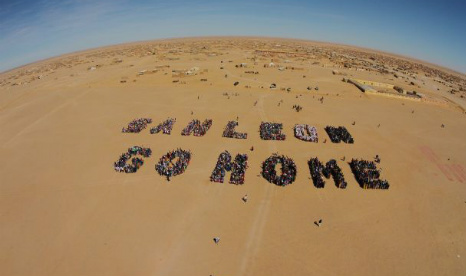