On Friday 19th November 2010 seventy or so postgraduates and eight undergraduates piled into two buses to escape the city for a weekend in the beautiful Cumberland Lodge. After some heavy traffic we arrived in Windsor Great Park to a warm welcome from the Lodge staff, found our rooms and settled into the first discussion.

David Rodin from Oxford kicked off the conference with a lengthy and passionate argument for individual responsibility in international crimes. He argued that the division we are used to making in the ethics of war between jus ad bellum and jus in bello is incorrect, and that responsibility for a war of aggression should be extended to the individual soldier rather than just the leader. He methodically rejected the traditional counter-arguments to this including the idea that soldiers are coerced or ignorant and concluded that soldiers had a duty not to fight in an aggressive war. The subsequent discussion with Professor Kimberly Hutchings centred on the issues of whether under his argument it is possible to have a just war ad bellum at all, and how this theory can be applied in practice.

The following morning after a few technical hitches, we sat down to watch the Errol Morris documentary ‘Standard Operating Procedure’ about the abuses by the US military in Abu Ghraib. The film gave a strong sense of the real world situations that soldiers face and the extremely narrow line there is between war crimes and military standard operating procedure. It also raised the issues of whether it was reasonable to expect the military to live up to standards set by the media and public reactions rather than public authorities. For example the famous photo of the detainee standing on a box with a bag over his head and wires coming from his hands is in fact a case of standard operating procedure being followed, not war crimes being committed.

We then moved on to a talk by Emma Brown on how the British military takes international law seriously and self-regulates as far as war crimes are concerned. She highlighted the problems surrounding the different levels of accountability that the military is subjected to, from the military tribunals all the way to the media, which is fully capable of distorting complex operational realities. She discussed the fact that the military rules of engagement are designed to reflect the ethics and law, and how the investigative policy has changed from an investigation being launched only when a clear breach of RoE took place to now an investigation happening with every single shooting incident. This reflects the fact that the rule of law now extends through the battlefield.

Following lunch, we had a free afternoon during which most people took a walk in the beautiful Windsor Great Park, up past the giant equestrian statue of George III and down the spectacular avenue through the deer park to Windsor Castle.

On returning in the evening, we had two more events either side of dinner. The first was by Lars Waldorf from York University speaking with Ben Shepherd of the FCO about the UN Mapping Report on international crimes in the Democratic Republic of the Congo. He described a conflict lasting for nearly a decade that has included eight countries and over twenty non-state actors and has resulted in a situation where there is promiscuous responsibility for crimes against humanity. He spoke harshly about the UK and the US who continued to prioritise peace over justice by giving hundreds of millions of dollars in aid to Rwanda which instigated several wars. As such, neither peace nor justice were achieved at the time. This has been exacerbated by the fact that there has been a rapprochement between DRC and Rwanda, and as such unlike other reports by Richard Goldstone or Antonio Cassese there is no political will behind this report which comes close to accusing Rwanda of genocide. Furthermore, the mandate of the report was limited such that it could not make individual accusations and was forced to resort to attributing collective responsibility in a broad-brush manner. The lecture was a pessimistic look at the report and the region, as the report is not admissible in court and there is little prospect of any real justice or accountability being achieved.

After dinner we returned to the conference room for the final event of the day, a lecture by Anthony Dworkin about the Goldstone Report. He took on the argument that the Goldstone Report was an instance of ‘lawfare’ – the use of international law to tie the hands of a state perceived to be trying to fight terrorism. From this point he discussed how the laws of war apply in a high intensity asymmetric conflict, and how this results in differing interpretations of law – Israel argued that they were a democratic state fighting a terrorist organisation that was forcing them to fight in an urban environment which limited their options. On the other hand, the casualties in the Gaza war were highly disproportionate, and this forces the discussion of who really gets to write the rules and who gets to apply them when it comes to the laws of armed conflict. Subsequently in the debate he made the point that Israel had made a bad tactical error in the way that they treated the report. The government had refused to cooperate with the UN on the report as an attempt to de-legitimize it as a biased and one-sided attack on Israel. However, Richard Goldstone’s efforts to be unbiased by demanding his mandate be expanded to cover Palestinian crimes as well was rewarded as the report is widely considered to be balanced and fair. Israel has undoubtedly been affected by this, and is even exhibiting some signs of changing behaviour.

After lunch, we got back in the buses and had a smooth ride back into London. Thanks must go to all of the speakers and to Dr Jens Meierhenrich and Hilary Parker for organising an enlightening and highly enjoyable weekend. 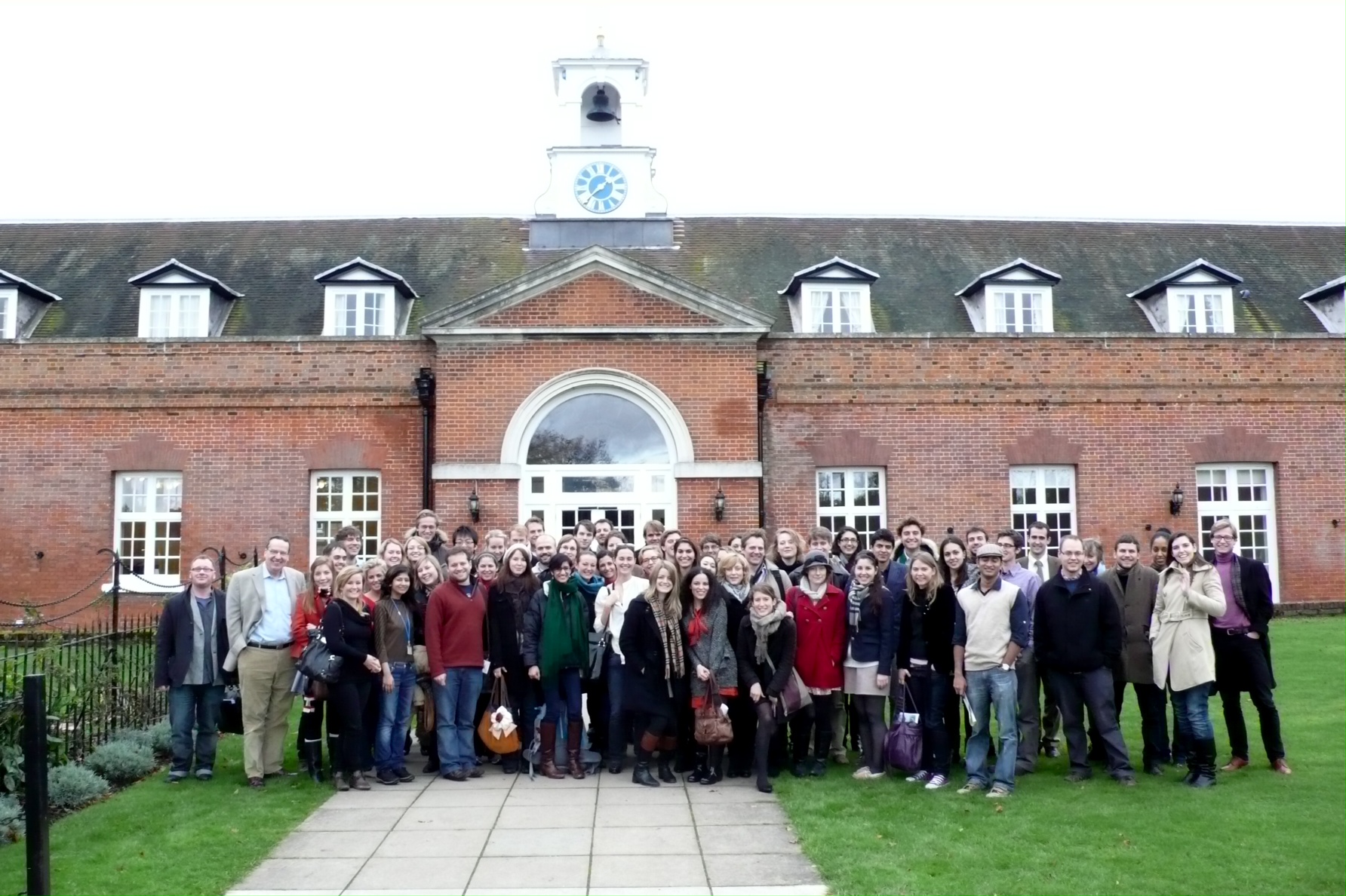