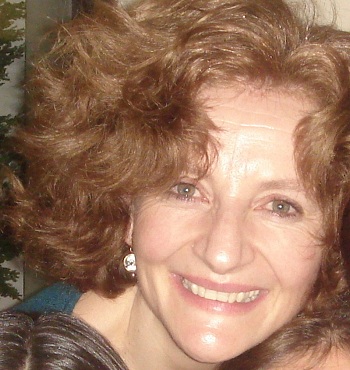 I am a Master (1997) and a PhD (2002) member of the Juan March Institute for Advanced Studies in the Social Sciences, Madrid. My area of research lies in the intersection between international political economy and political economy of development. I have a regional specialization in Latin America.
After finishing my dissertation, I took two successive postdoctoral positions to promote my research agenda. I was Jean Monnet Fellow at the European University Institute (EUI, 2002-2003) and I then moved to the University of Notre Dame (Fall 2003), where I was a Visiting Scholar at The Helen Kellogg Institute for International Studies.

After a brief period of graduate teaching at the University Pompeu Fabra, Barcelona, I took an Assistant Professorship at the Center for Research and Teaching in Economics (CIDE), Mexico, in 2004. I decided to move to Mexico because I was interested in researching aspects of the political economy of development in the field, but I was also attracted by the resources and the intellectual environment of a first-class research institution.

My first research project, titled ‘The Diffusion of Policies’, examined the processes of international policy learning. The particular issue I looked into was whether the processes of economic reform in the developing world in the 1980s and 1990s were motivated by a process of learning from advanced countries’ experience of these policies. I used data on several policies (trade, finance, privatization) and adopted a macro and cross-national approach to test the hypothesis that learning was part of the explanation of policy reform but that coercion and emulation of countries perceived to be successful also played a role. The main outcome was my book ‘Learning, Policy Making and Market Reforms’, which was published in 2009 by Cambridge University Press. Other publications appeared in the European Journal of Political Economy and the European Journal of Political Research.

I have recently embarked on a new, exciting research project entitled ‘Politics and Migration in Out-Migration Countries’.  In this project, I examine the political impact of out-migration in sending countries. Whereas much research has been undertaken on the political economy of trade, finance, and foreign direct investment, much less attention has been paid to the political economy of international migration. It is only recently that political scientists working in international political economy and comparative political economy have started to look into how migrants exert voice and into the consequences of their out-migration. Is migrants’ involvement with their homelands a factor that improves local governance? Do migrants transmit democratic values besides monetary remittances? Do remittances weaken the power of clientelistic exchanges and facilitate political change? What is the relationship between democracy, autocracy, and outmigration? These are some of the questions I will be researching and teaching about in the new half unit seminar on the Political Economy of International Labour Migration (IR447, MT).