On 12 May 2017, the International Relations Department hosted a symposium in honour of Professor Christopher Hill, a former member of the Department. The symposium brought together dozens of Professor Hill’s former students and colleagues, as well as current members and students in the department, to show their appreciation of his numerous contributions to the study of international relations and foreign policy analysis.

Professor Hill supervised 38 successful PhD theses at the LSE, and advised countless students at the undergraduate and masters’ levels. In 2004 he moved to the University of Cambridge as Sir Patrick Sheehy Professor of International Relations, and he is currently Emeritus Professor of International Relations at the University of Cambridge and Wilson E Schmidt Distinguished Professor at SAIS Europe in Bologna. In 2007 he was elected a Fellow of the British Academy.

Hill is the author or editor of almost twenty books and 120 articles and chapters (so far). His work ranges across international relations, foreign policy analysis, British, French and Italian foreign policy, and European and EU foreign policy, but also includes an edited book on the interaction between academics and practitioners and, intriguingly, the translation of the war diaries of a French peasant.

Several of his works are classics in the field of European foreign policy and foreign policy analysis. He is one of the founding figures – if not the founding figure – of the study of the modern European international relations system which includes the EU and European states. His 1983 edited book on National Foreign Policies and European Political Cooperation launched an entire new field of study, the role of European states in the EU’s foreign policy framework. Two successive editions of the book have further shaped the field; the most recent, from 2011, is co-edited with Reuben Wong and is entitled National and European Foreign Policies: Towards Europeanisation. The three editions of his co-edited text, International Relations and the European Union, have successfully illustrated how the study of International Relations can be linked to the study of the EU.

He has also written more broadly on foreign policy, with his book on foreign policy appearing in two editions, the latest was published last year and is entitled Foreign Policy in the Twenty-First Century. More recently, he is leading the way again with his studies of multiculturalism and foreign policy, as in his book The National Interest in Question, which addresses extremely topical questions about the interplay between foreign policy and increasingly diverse domestic societies.

The symposium began with an introduction by Professor Karen E Smith of the International Relations Department, and a series of reflections by Professor Hill. Then Dr Georgios Evangelopoulos, adviser to the President of the Hellenic Republic and one of Professor Hill’s former PhD students at the LSE, analysed the role of theory in Hill’s work. Three roundtables discussed Hill’s ideas in light of recent developments, under the headings ‘capabilities-expectations gap in 2017’, ‘soft power of the UK and EU’ and ‘foreign policy after Brexit: populism versus Europeanisation’.

Katerina Dalacoura: Iran’s Diplomacy shows a recognition of its decline 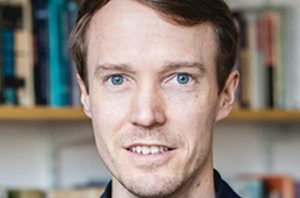