IR proved successful in doing something else entirely this year: I learned to truly question the pre-conceived ideas I arrived with and to challenge core assumptions that I had perhaps subconsciously taken as self-evident. 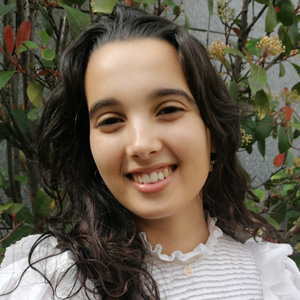 IR: what is it good for?
Beatriz Silva, BSc International Relations, 1st year

As someone with strong convictions, I had my mind made up before coming to LSE in relation to IR. I was a Liberal Internationalist. I looked at Realism as the theory that was, much to my dismay, right in several respects. John Mearsheimer talks about anarchy and Great Powers are if they are facts, and he articulates his arguments in an unquestionably clear and compelling manner. As a result, I always ended up reluctantly recognising that he was probably correct. Still, I kept my copy of Samantha Power’s “A Problem from Hell” in my bedside table because I wanted to be an activist, and a part of the team that saw the glass half full, rather than half empty. When I wrote my personal statement, I am certain I was stuck in this eternal battle of titans.

As a first-year undergraduate student, I do not believe to possess a satisfying answer to the question “What is IR good for?”. However, I will endeavour to explain what IR was good for to me throughout this year. Whether IR is good at explaining why states go to war is beyond the point I am aiming to make, for IR proved successful in doing something else entirely this year: I learned to truly question the pre-conceived ideas I arrived with and to challenge core assumptions that I had perhaps subconsciously taken as self-evident. It is not as if I was painstakingly naïve until recently, but I was encouraged to face the contractions within my own beliefs through a critical analysis, while learning some long-overdue history lessons.

I changed my mind several times throughout Lent Term. Ultimately, I am convinced that was a good thing. To possess the intellectual humility to question our initial position is a sign a strength. I did not change my values or world views drastically, but I certainly have a more nuanced perspective to international politics today. Studying IR is not to be complacent and it means putting ourselves in the shoes of people from different origins and backgrounds, recognising our biases and questioning “truths” that are taken at face value time and time again. It is not just to answer the essay question, but to problematise the validity of the question itself before taking its premises for granted. In the end, I would not underestimate the positive effects of learning these skills regardless of the undertakings IR students take up after their studies.

To ask an International Relations student, or even a scholar, what IR is good for can potentially hurt susceptibilities and propel a defensive response. International Relations as a discipline has a record of struggling particularly with defining its identity and its purpose. LSE is one of the few universities in the UK in which IR has its own department and in the United States, generally, International Relations is considered a branch of Political Science. All students who do study the discipline appear to go through a phase of disillusionment at some point in their degree and are haunted by questions such as: What is the point of theory? How are these theories useful? Well, overall, the self-reflective and critical-thinking tools I was provided with is what IR is good for in my eyes.

Had I reflected on this question a year ago, I would have surely had written something different. So far, IR has taught me that that is okay, and I am looking forward to what I will have to say a year from now, as my answer will probably not be the same. I personally hope it will not.