There is a suspicion of what the discipline contributes to everyday understandings about the world. I have pushed back on this on numerous occasions; IR interrogates phenomena closer to our everyday lives than one might think.

Milton Wong, runner up in the 2020 Marco Lam blog prize 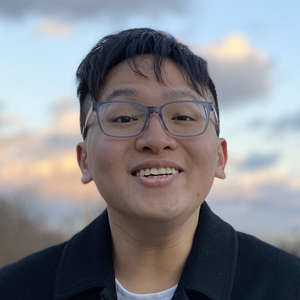 IR: what is it good for?
Milton Wong, BSc Politics and International Relations, 2nd year

Among my friend group at the LSE, some feel that IR operates in the realm of ‘high politics’, a usage not referring to the vital interests of states, but instead to the somewhat dismal over-theoreticisation of international political phenomena. There is a suspicion of what the discipline contributes to everyday understandings about the world. I have pushed back on this on numerous occasions; IR interrogates phenomena closer to our everyday lives than one might think. Writing in extraordinary times, I demonstrate this point in the context of the COVID-19 pandemic that has shaken societies across the world.

To state the obvious point, the pandemic was spread in a context of globalisation operating with technologies hitherto unwitnessed in human history, with direct flights from Beijing to New York. Thus, it is truly extraordinary to witness entire countries/areas closing their borders, a measure never seriously considered, save for a poorly-regarded flirtation with unfriendly immigration discourses. Now, it is welcomed to save entire nations. In Singapore, where I am writing this upon LSE’s migration of lessons and assessments online, the government is recalling all Singaporeans in the hopes of consolidating a ‘second wave’ of imported COVID-19 cases from Singaporean residents abroad, has severely discouraged all travel abroad, and has blocked all short-term travel into the city-state. This feels surreal, given the island’s 700-year history of surviving through international connectivity! We are not epidemiologists, but I suspect that post-crisis debates in IR will involve serious introspection and new literature regarding the perils of hypoconnectivity in a new age. Indeed, if climate change really does reintroduce old viral strains previously trapped in ice into today’s organic world, this is not the first time the global systems that we have taken for granted in everyday travel will be stress-tested for its resilience.

A perhaps more dangerous way in which IR descends from the level of ‘high politics’ to intersperse in our regular lives would be of course to examine the dangerous rhetoric of Donald Trump in his bickering with China. Trump has purposefully labelled the coronavirus as a ‘Chinese virus’, spurring much fear among his Asian American constituencies, and is equally a terrifying reference point to Asian people all abroad. To be sure, Trump’s methods, as accounted by Becky Little in Time Magazine, are tragically familiar to an American tendency to bias against immigrants with disease: a 1957 flu pandemic would be labelled the Asian flu, while the 2009 H1N1 flu that was first recorded in the US did not become an American flu. A list goes on, but the crucial point here is that emboldened racism demonstrated deep hatred among communities who have yet to come to terms with globalised populations. London’s great cosmopolitanism mask was itself fractured among my Asian friends when Singaporean Jonathan Mok was beaten up after “coronavirus” was shouted at him, in the bustle of Oxford Street, in a hardly-late night. I do not believe that COVID-19 caused racism; it merely gave people a reason to project prejudice. There is every reason to take anti-racist research designs seriously, ranging from the linguistic analysis of Trump to understanding the perennial push-back against immigrant communities.

In my first IR class at LSE, we learned the difference between International Relations as a theory and international relations as the trillions of transnational political phenomena occurring every day. I believe that the discipline is more accessible than we think; our worldviews are necessarily little IR (theoretical) lenses that makes sense of our world as we fly abroad or meet new immigrant communities, even in the post-COVID-19 age.