The diversity of government responses to the pandemic overwhelmingly demonstrate the lack of international co-operation and cohesion regarding approaches taken. 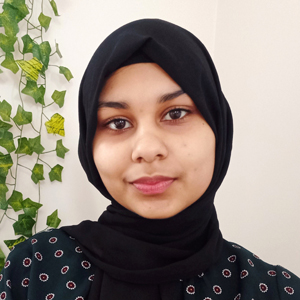 What do the responses to the global pandemic tell us about the state of the international order?
Nazifa Azad, BSc International Relations, 1st year

Over the past year, the pandemic has exposed the reality that the liberal international order is, in fact, in a precarious state of disorder. Advocates of globalisation have previously preached interconnectedness, interdependence, and co-operation; yet, whilst the pandemic has shown us the inescapability of the first two, it has also revealed the worrying scarcity of the third. From the beginning and indeed through to now, the diversity of government responses to the pandemic overwhelmingly demonstrate the lack of international co-operation and cohesion regarding approaches taken. Whilst some countries strictly mandated masks, social distancing, lockdowns, testing, and more, others chose to keep normal life running no differently to any other year. The lack of co-ordination and divergence between state approaches to the pandemic can only be symptomatic of a collapse of multilateralism and a fragmenting liberal order.

As it has become ever-clearer to us all, diseases know no borders. And with the vast expertise lying at the fingertips of governments, this much at least was obvious to decision-makers. For almost all, the pandemic of 1918 holds little real meaning and memory. Hence, it is easy to forgive the ordinary person for believing repeated claims about our circumstance being ‘unprecedented’. However, governments have been warned countless times by scientists about the likelihood of another deadly disease. Moreover, it does not take an expert to recognise that the consequences of a pandemic, especially in a world more globalised than ever, would be dire. And yet, there was little precaution taken. Evidently, such political decisions hold tremendous power—as do the people that make them.

One only needs to look at the differences in state responses to the WHO’s recommendations to see that multilateralism has been kicked to the side by many, the US—as the long-standing leader of the liberal international order—no less. Instead of unity, the pandemic saw nationalism come to the fore, with countries turning their backs on neighbours for ‘national interest’ and deepening the faultlines of global inequality. Crucially, the lack of US leadership under Trump struck a blow to liberal internationalism. America, on paper, had the greatest capacity to deal with the pandemic. But, in reality, the US fared much worse than could ever be expected. And, due to its self-imposed isolation from its typical role of leader, America forfeited its chance to anchor into place a retreating liberal order, giving rise to ideas that China may be able to utilise the pandemic to overtake its struggling rival. And the pandemic has by no means only revealed a loss of faith in the liberal order by states but by ordinary people too. As in all times of crisis, people looked to their governments. But where they saw little direction on top of their own personal struggles, citizens became increasingly disillusioned with the liberal economic and political system.

In just a year, the pandemic has offered up illuminating truths about power and people. Even amidst the direst global crisis for generations, politics has come before concern for humanity, and politicisation, like the virus, has left no aspect of life untouched. The liberal international order has witnessed severe decline over recent decades, and the pandemic has only made it weaker. But the pandemic has given birth to technological, social, economic and political revolutions all in one, and revolutions give birth to new orders. While we can be sure that the world could not possibly remain unchanged by such a momentous moment, it does not appear that the future of global politics will become clear for some time.

Nazifa Azad is a 1st year student in the BSc International Relations at LSE.