Pathogens cannot grasp the nuances of Westphalian sovereignty or nationhood, and yet they still seem to transcend that most foundational, perhaps artificial, institution of modern geo-politics: the state itself. 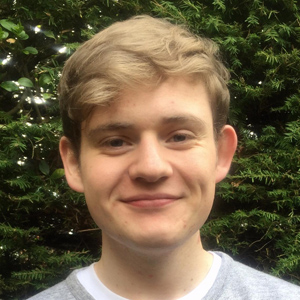 What do responses to the global pandemic tell us about the state of the international order?
Sol Partridge, BSc Politics and International Relations, 1st year

It seems fitting, albeit slightly cliché, to begin this short reflection by examining a particularly pertinent, and seemingly prophetic, quote. Several decades before the COVID-19 pandemic abruptly punctured any pre-existing semblance of contemporary ‘international order’, the Iranian revolutionary Ayatollah Khomeini posed a clear warning: ‘state boundaries are the product of a deficient human mind […] The revolution does not recognize borders and frontiers, it will go through them’ (Abrahamian, 1993: 49). Beyond the sensationalist façade of this summon to a kind of theocratic upheaval, the Ayatollah offered a critical observation. Some international phenomena are in fact transnational, operating in a truly global climate which is, in essence, borderless. Whilst many destructive forces, like the novel SARS-CoV-2 Coronavirus, can mutate and adapt, they are not insidious tyrants or anthropomorphic beings. Rather, they are fundamentally separate from the state-oriented paradigm with which I as an International Relations student seek to engage and better understand. Pathogens cannot grasp the nuances of Westphalian sovereignty or nationhood, and yet they still seem to transcend that most foundational, perhaps artificial, institution of modern geo-politics: the state itself.

Regardless of its hugely emotional and intellectually evocative implications, the question assigned to this note unfortunately is, and will in all likelihood remain, deeply problematic. The international order composed of interconnected entities, rules, and norms, is not a monolith, but an ever-changing and often disorienting space. Just as there is no prescriptive or universal interpretation of ‘international order’, there was no unified, or unifying, global response to the virus’ outbreak. In March 2020 for example, (now former) U.S. President Trump boasted about how the virus ‘will go away’. Meanwhile, his New Zealander counterpart Prime Minister Ardern embraced ‘going hard, and going early’, with stringent domestic and international travel restrictions. This quite stark contrast in leadership is one of many examples provided by the pandemic, which effectively typifies the sometimes-paradoxical landscape of empirical international political approaches.

Responses to the COVID-19 pandemic have also consolidated and brutally exposed the intertwined economic, moral, and strategic imbalances foundational in the realm of international politics. The statist dogma which WHO Director General Tedros Adhanom Ghebreyesus refers to as ‘vaccine nationalism’, a hording of vaccines for internal distribution, further speaks to a wilful, and destructive, isolationism. At a virtual G7 meeting in February 2021, UK Prime Minister Boris Johnson used his platform as chair to exhibit such faux paternalism, committing to donate surplus vaccines to poorer countries, but only once his own population was vaccinated. These practices are at best, both from an ethical and epidemiological perspective, challenging. For the Coronavirus was neither cultivated nor advanced in a vacuum, but instead a deeply integrated civilization defined by its potential for unrelenting movement and transmission. Of capital, of people, and, as this pandemic has so tragically uncovered, deadly viruses.

Although responses to this pandemic have and will rightly continue to be scrutinised for decades to come, perhaps we can draw optimism from the adaptability displayed by numerous nation states and their societies. Diplomatic gatherings, like the G7 meeting which I referenced, have been conducted exclusively online, a proposition unthinkable several decades ago. Nevertheless, in a century that will be dominated by the already visible spectre of an intrinsically transnational climate crisis, the systemic international failure to properly legitimise and contain this virus, should strike an acute fear. In this context it becomes incumbent upon all constituents of this most fragmented and fragile ‘international order’, especially its private citizens, to remind ourselves of a sacred principle resurrected by the pandemic. Even if unprecedented political transformation has not been done, does not mean it cannot be done.

Sol Partridge is a 1st year student in BSc Politics and International Relations at LSE.